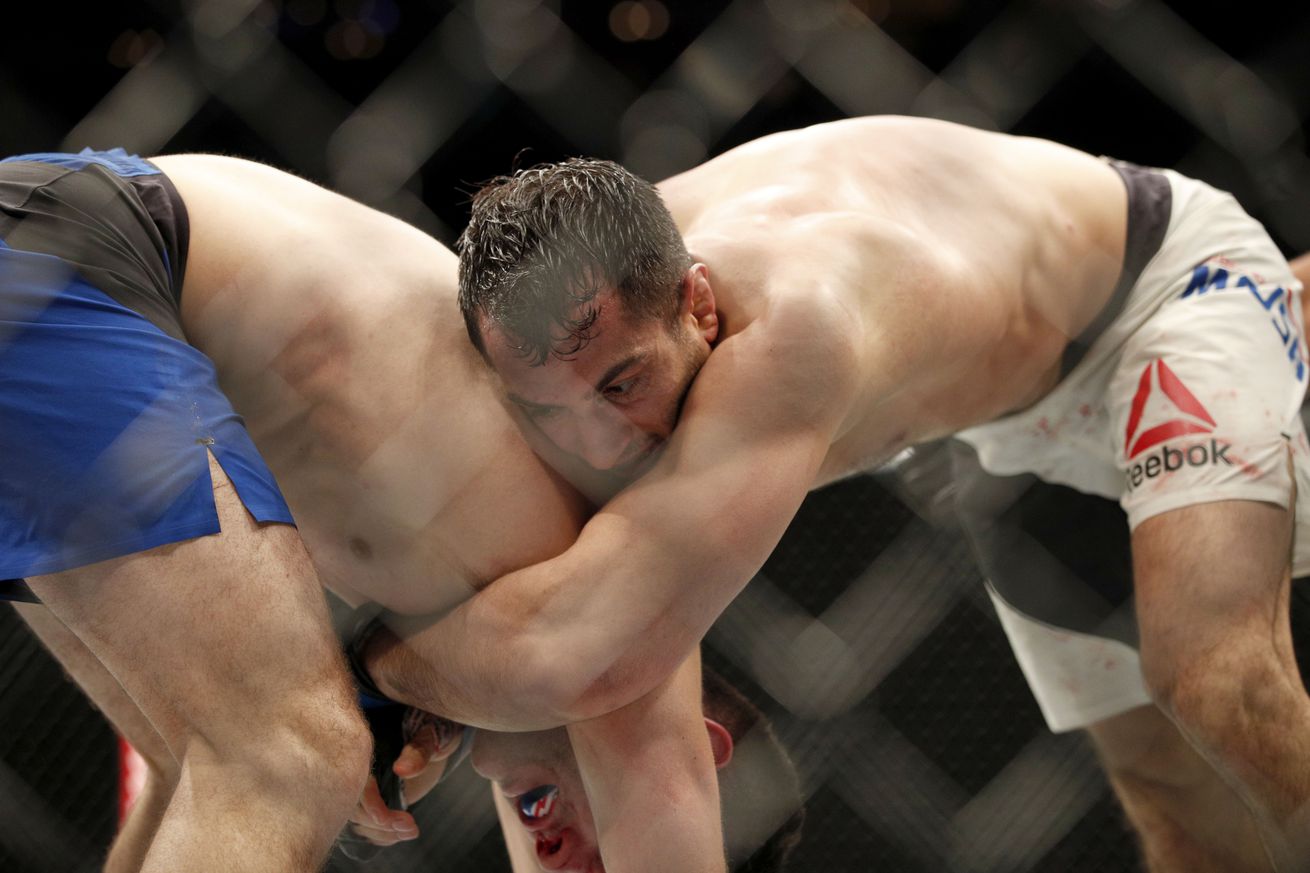 Things sort of went as planned for Gegard Mousasi last night (Sat., April 8, 2017) at UFC 210 live on pay-per-view (PPV) from inside KeyBank Center in Buffalo, New York, when he met Chris Weidman in a critical middleweight co-main event. Mousasi walked away with a second-round TKO win, but it wasn’t your ordinary finish.

After hurting Weidman on the feet, Mousasi landed a knee on the former middleweight champion that looked illegal at first look. But after the tape was played back, Mousasi can be seen lifting Weidman’s hands off the canvas as he landed the second knee. This should have meant the action was going to resume right away, but the Octagon officials gave Weidman a full five minutes to recover. The New Yorker was talking closely with doctors as UFC color commentator Joe Rogan screamed for an explanation.

Following the full five minutes, the bout was unfortunately called. Mousasi was awarded the second-round TKO victory after doctor’s decided that Weidman couldn’t continue. Fans booed, Weidman insisted that his hands were in fact grounded, and Mousasi went out as far as offering the former champion an immediate rematch.

At this point, the UFC may be wise to schedule said rematch. Not only was this fight entertaining and close leading up to the time of the knee, but another decisive loss for Weidman is going to kill his divisional stock moving forward.

You be the judge, Maniacs. Was Mousasi’s knee on Weidman in fact legal?