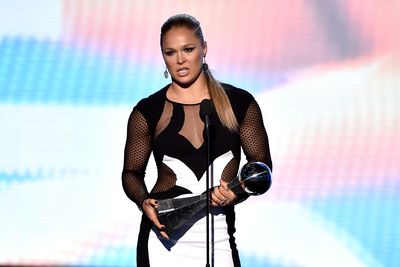 Rousey’s getting love from all over the place.

The feelings have since been reciprocated by “GGG.”

Thanks for your support @RondaRousey! pic.twitter.com/rrhCtCJoxK

Golovkin is preparing for the 12th defense of his WBA and IBO titles and should he defeat the Canadian power-puncher Lemieux, the Kazakh will add the IBF 160-pound title to his collection.

The 23-year-old’s run in the middleweight class is accentuated by stoppages over former champions Marco Antonio Rubio and Daniel Geale.

Similarly, “Rowdy” is on her way to completing her seventh title defense — former 18-time world champion boxer Holly Holm will have her say at the UFC 193 pay-per-view (PPV) on Nov. 15, 2015.

Once more, 2015 was an incredible year for the Glendale Fight Team representative, who declared herself the highest paid fighter in UFC. She was also named to the ….View original article