Home MMA News Georges St-Pierre: ‘At one point, I’ll have to make a choice’ if UFC negotiations stall
ShareTweet 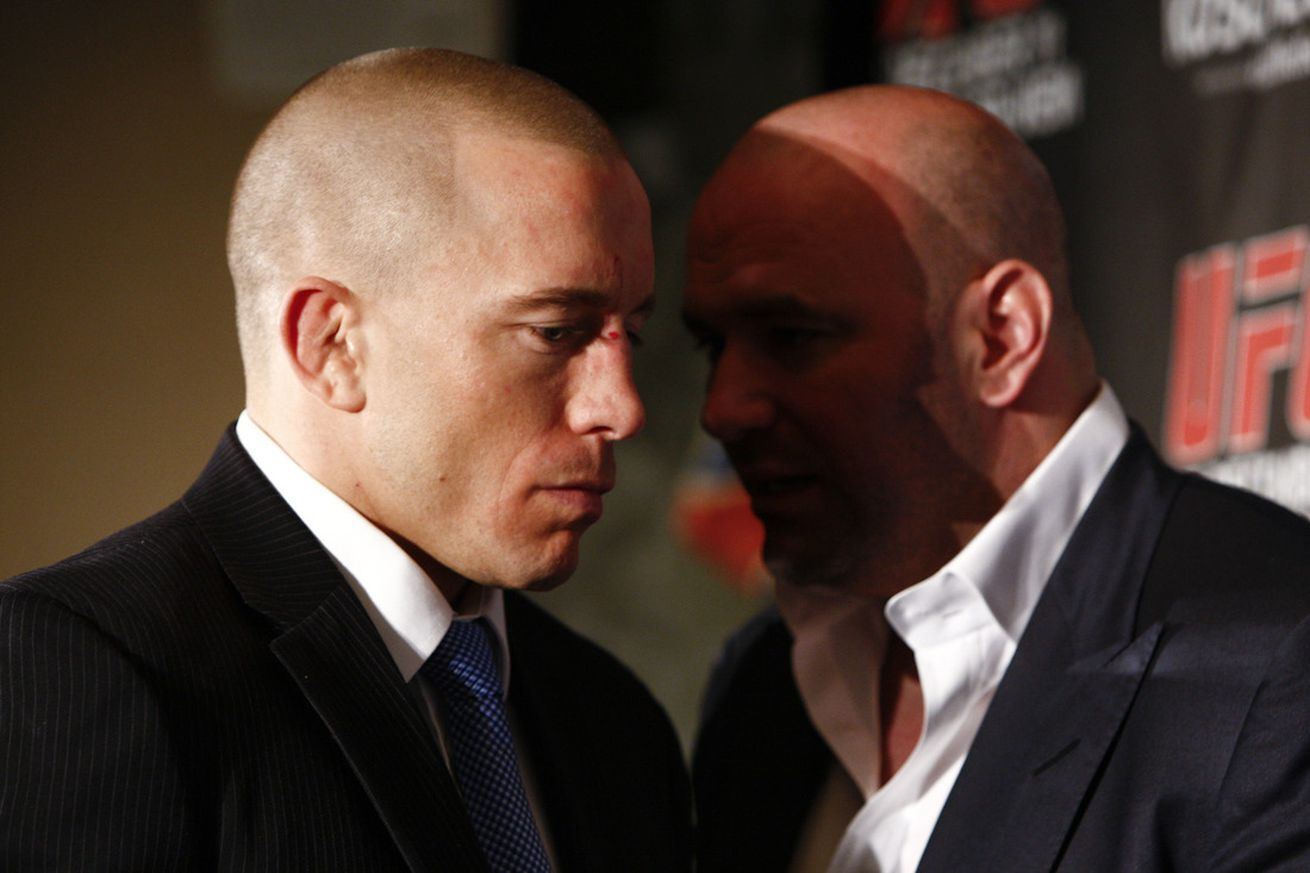 LOS ANGELES — The discussions between the UFC and Georges St-Pierre’s team might be at an impasse, per GSP.

St-Pierre told MMA Fighting on Wednesday night at the “Kickboxer: Vengeance” premiere in Westwood that his agents attempted to reach out to WME-IMG, the UFC’s new owners, to talk about his contract this week, but they failed. GSP said the two sides were supposed to talk Tuesday, but it didn’t go down as planned.

GSP, 35, has repeatedly stated his desire to come back to fight in the UFC again after three years away. He even enrolled in the USADA drug-testing program Aug. 10, which would put a potential comeback fight in line for UFC 206 on Dec. 10 in Toronto. GSP, the greatest welterweight fighter of all time, wants to fight in his hometown of Canada — against either Tyron Woodley or Nick Diaz — and he has traditionally been a massive draw in Toronto.

In a statement to MMA Fighting, UFC senior vice president of public relations Dave Sholler intimated that there was no such deadlock in negotiations between St-Pierre and the UFC and WME-IMG.

St-Pierre, though, seems frustrated by the way things are going. He has said that he has made “reasonable” requests to the UFC regarding a new contract. It might be taking longer to work out than he hoped. GSP told MMA Fighting that he has turned down multiple other opportunities — in movies and otherwise — in order to stay in the gym training for a return.