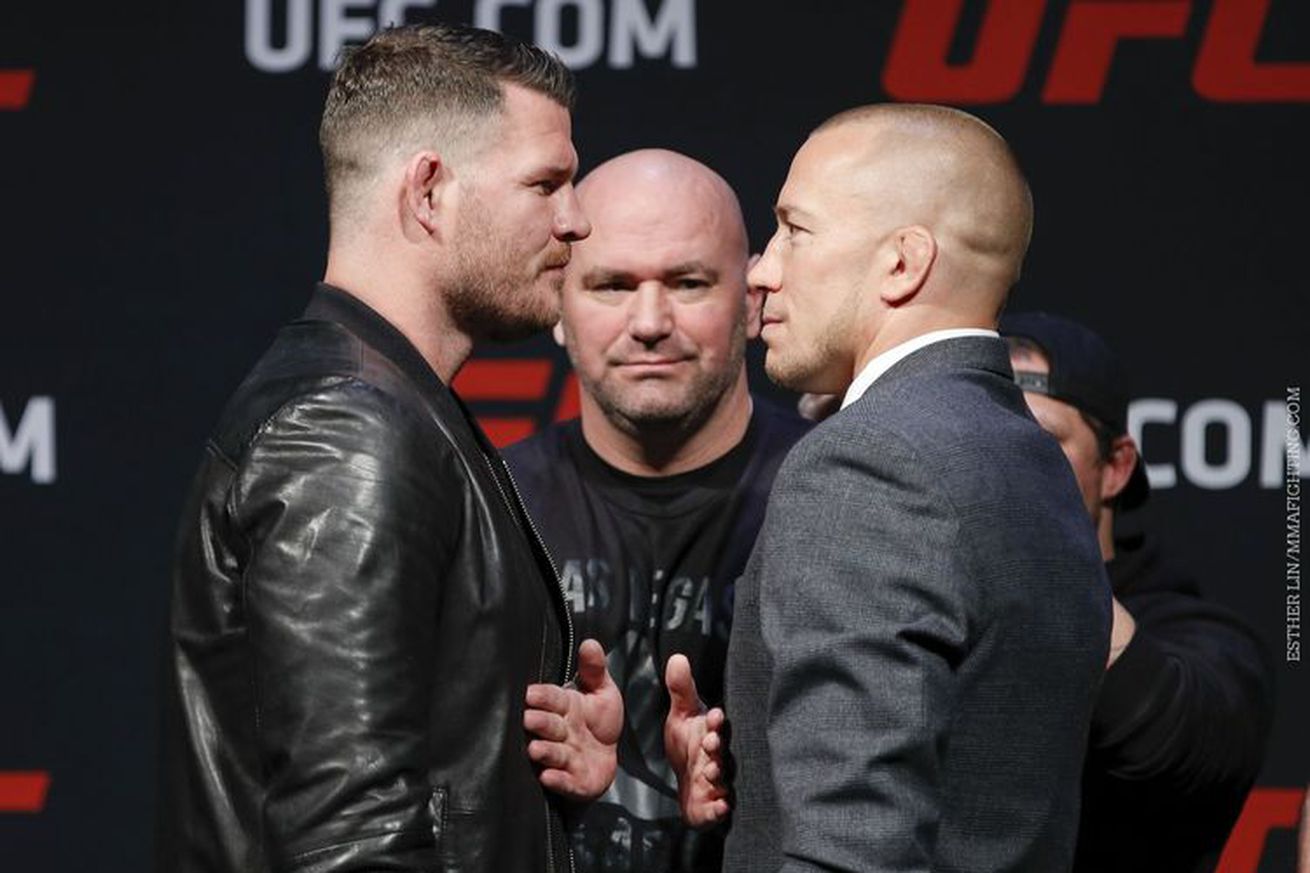 The former welterweight champion issued a formal challenge to Bisping, calling him to fight on Nov. 4 at Madison Square Garden in New York City – where the UFC plans to host UFC 217. The Canadian fighter issued the challenge through a text message sent to both Bisping and UFC president Dana White. MMA Fighting’s Ariel Helwani reported the news on Thursday.

“Michael, you should man up and fight me 11/4 in NY,” St-Pierre wrote. “I’m coming out of retirement to retire you. Dana [White], please make it happen.”

Both Bisping and St-Pierre were scheduled to fight at this weekend’s UFC 213 event, at least according to the UFC’s plans, but the booking was never made official since St-Pierre had an eye injury that would only allow him to return in the fall. St-Pierre’s statement saying he still wants a shot at Bisping comes days after White told MMA Junkie that St-Pierre was now fighting the winner of the welterweight title bout between Tyron Woodley and Demian Maia.

However, it seems both fighters are still interested in the super fight, as Bisping issued an ultimatum on Monday’s episode of The MMA Hour, asking St-Pierre to make their fight happen before Saturday night, or else he was moving on to a different bout.