Home MMA News Georges St-Pierre on fighter pay: ‘Why would they pay some guys more money if they can get another guy almost for free?’
ShareTweet 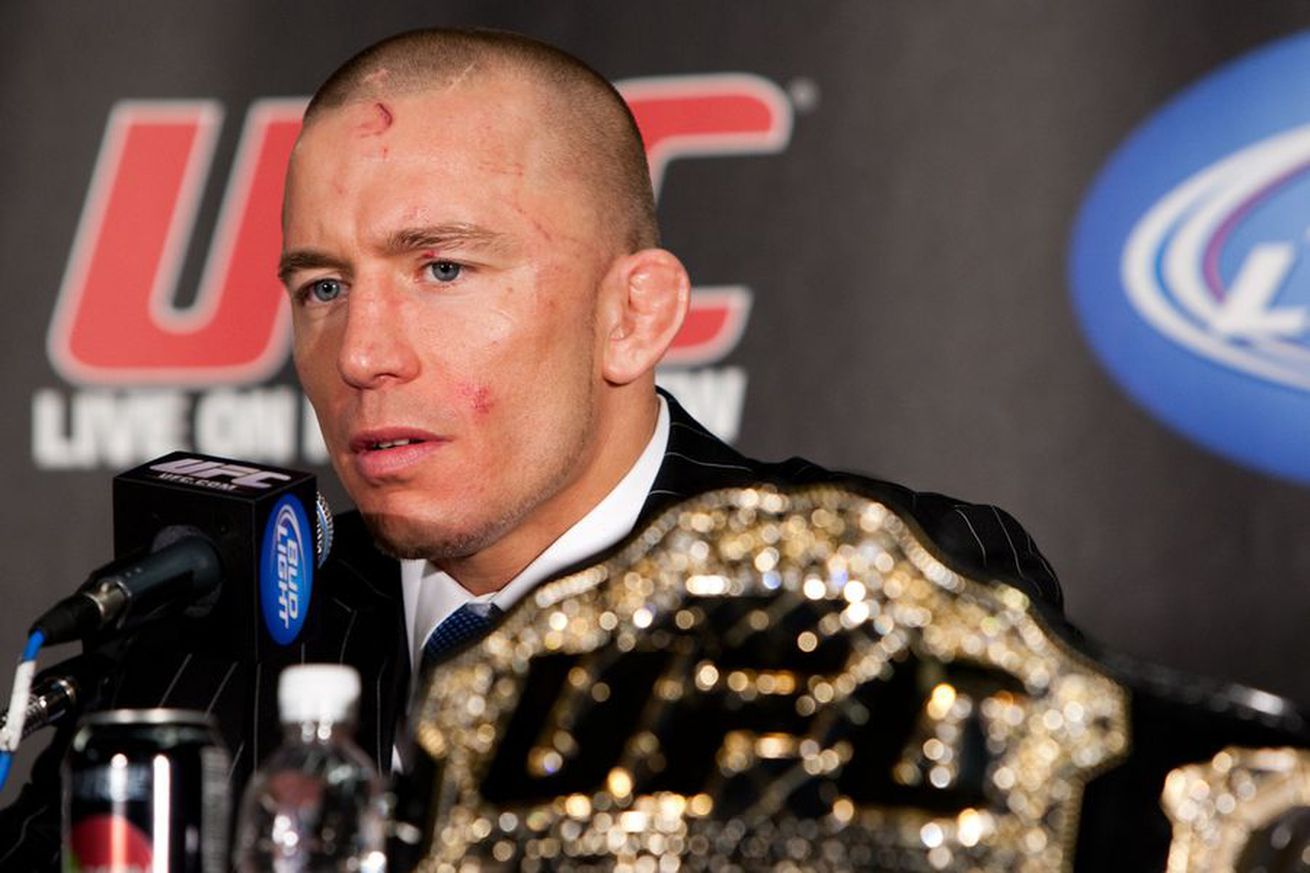 Georges St-Pierre dropped a bombshell on Monday when he revealed on The MMA Hour that he is in negotiations to return to the UFC. It was the first definitive indication from St-Pierre that the ex-UFC welterweight champion is ready to end his near three-year hiatus from mixed martial arts, however St-Pierre also cautioned that he was willing to let the process play out with his team in the negotiating room before committing to anything final.

“That’s how it should be done,” St-Pierre said Monday on The MMA Hour. “That’s the problem with a lot of guys who complain they don’t get paid enough. It’s because they’re ready to sign anything. They got caught with their emotion and they sign anything. They’re going to fight for peanuts. You don’t want to do that. If you do that, you’ve penalized the other guys who want to get paid more.

“Why would they (the UFC) pay some guys more money if they can get another guy almost for free, you know what I mean? As partners, I think they should be more aware of this. It’s important.”

St-Pierre, 35, knows a thing or two about monetizing the fight game. The Canadian legend was one of the biggest draws in the sport throughout his eight-year reign as a two-time UFC welterweight champion. He played an integral part in several of the most lucrative pay-per-views in company history, including a co-starring role on the record-breaking UFC 100 event that drew an estimated 1.6 million pay-per-view buys.

That desire to be part of a big show hasn’t changed much in his time away.

St-Pierre said on Monday that he hopes test the waters across weight classes and fight in blockbuster fights in his second run inside the Octagon, however he noted that everything relies on ….View full article