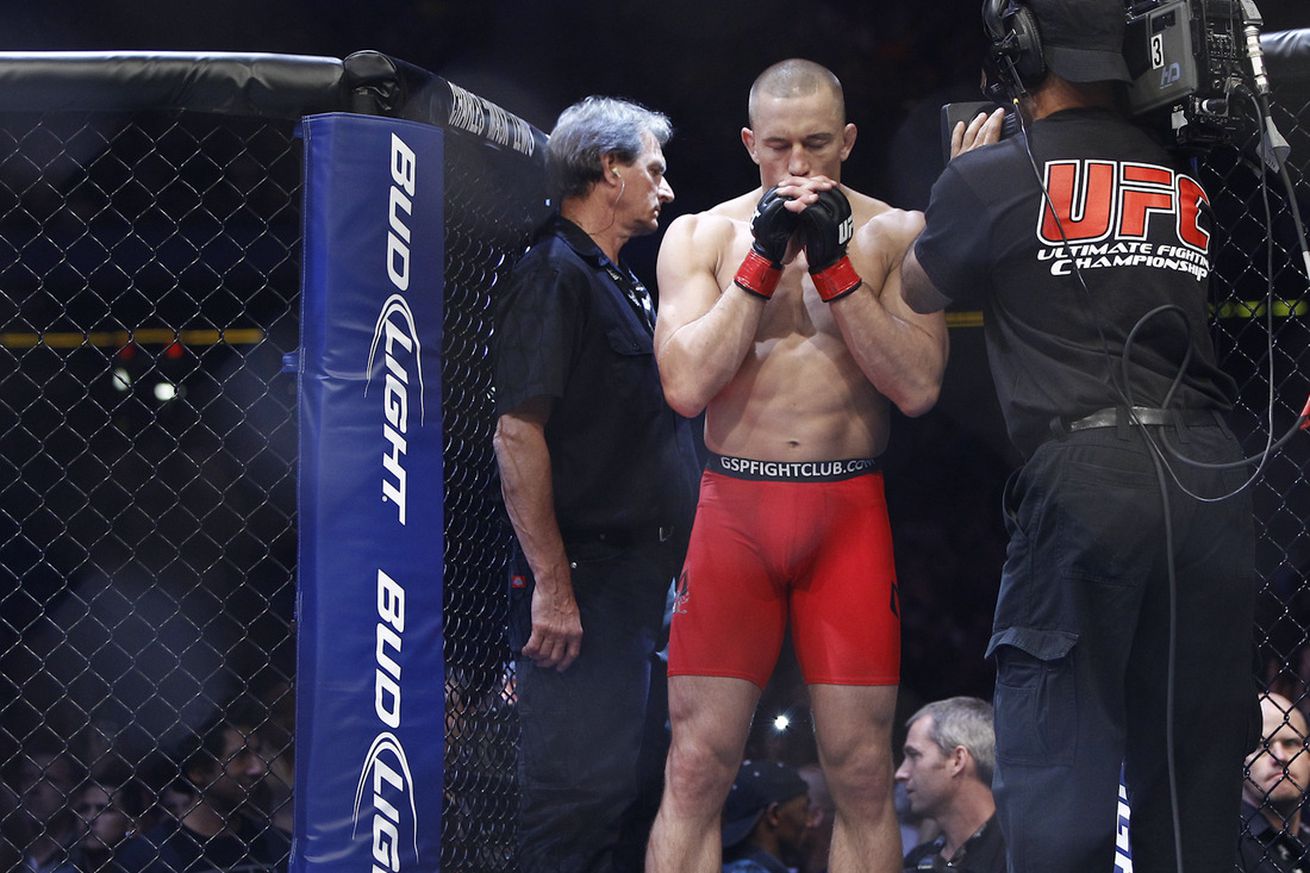 Georges St-Pierre responded to Michael Bisping’s pleas to make a UFC 206 fight happen — and it was mixed news.

GSP took to Twitter on Wednesday to reply to Bisping’s urgings. St-Pierre said he met with WME-IMG CEO Ari Emanuel and “made peace” with UFC president Dana White last week. But there is still no deal in place for him to fight Bisping on Dec. 10 in Toronto.

“Nothing would make me more happy in the world than to fight you in Toronto, Michael,” St-Pierre said in a video. “Last week, I met with Ari and I made peace with Dana. I tried to resolve things, but unfortunately right now it’s not happening. Hopefully, things will change soon. Thank you.”

Bisping went on a Twitter rant Tuesday, asking St-Pierre to “sign the papers” for UFC 206. A middleweight title bout between champion Bisping and GSP, the longtime former welterweight champ, still appears to be on the table for card in Toronto. St-Pierre is one of the biggest draws in UFC history and a Canadian sporting legend.

@GeorgesStPierre, we all want more money. But let’s go,sign the papers.Give the people of Toronto what they want, be a hero! Let’s go champ!

On Tuesday, Bisping said he “verbally agreed” to the bout. Meanwhile, St-Pierre remains mired in negotiations in a new contract with the UFC, ones that began way back in February with then-CEO Lorenzo Fertitta. GSP declared himself a free agent on The MMA Hour last week, but the UFC said that was not the case.