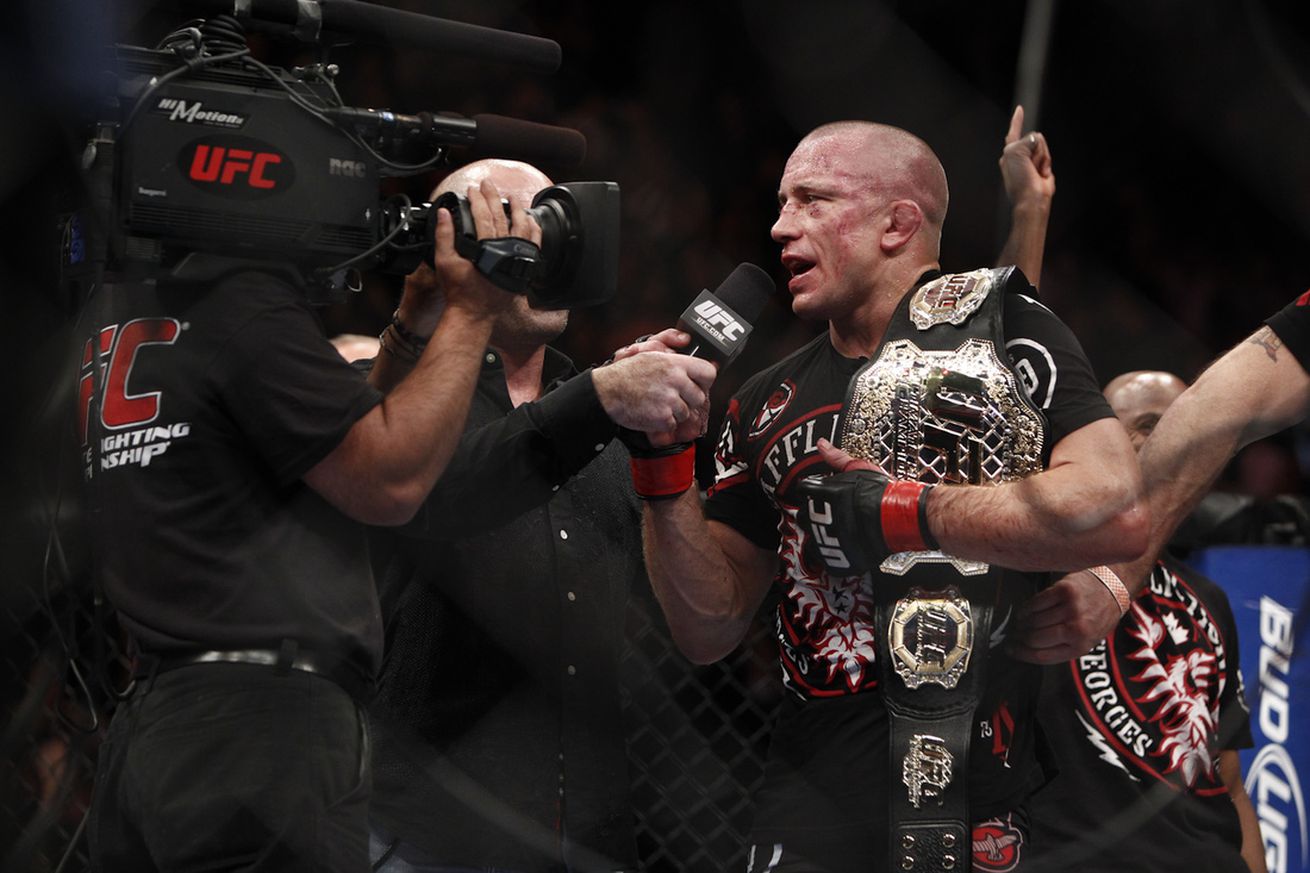 The former UFC welterweight champion told Bloody Elbow in an interview this week that he has enrolled in the USADA drug-testing program ahead of his impending UFC comeback.

Unlike the waiver granted by the UFC to Brock Lesnar absolving him of four months of testing after coming out of retirement and before stepping in the Octagon, St-Pierre said he wanted to do things by the book. GSP said he’ll be enrolled in the UFC’s anti-doping program beginning Wednesday.

“I don’t want to be an exception, because I was very outspoken about performance-enhancing drugs,” St-Pierre told writer Ram Gilboa. It would be bad for my reputation if I would have an exemption — I don’t want to have a free pass, I want to be like everybody else. That’s why I’ll be starting the process Aug 10. I don’t have any fight yet, but it’s gonna happen now, because I’m getting tested, if I’m getting tested it’s for a reason.”

St-Pierre, 34, said he did not have a contract in place yet with the UFC, but is negotiating through his agent Mike Fonseca of Creative Artists Agency, the powerhouse Hollywood firm. GSP said the UFC offered him and then his team counter-offered, but it was the day before it was announced the UFC had sold to a group led by WME-IMG. So, things went into a holding pattern. The talks have started up again now, he said.

“We waited for a few days, to see what was going on, because even some of the employees were afraid of losing their job — even some of the high ranking people in the UFC were afraid,” St-Pierre said. “We wanted to let the management to take care of their own company first, and then see what happens.”