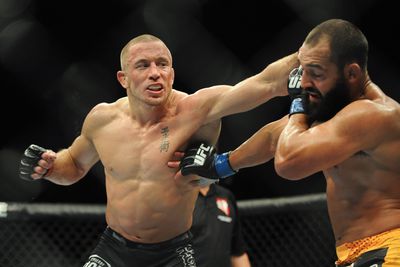 Wow. So just what went down that made the Canadian so upset?

According to “Rush” he had just finished receiving stitches from his five round war with Johny Hendricks at UFC 167 and was about to walk to the press conference when an employee stopped him and told he didn’t have to attend.

St-Pierre says he attended the press conference despite being told not to, and when he arrived he felt like UFC president Dana White was looking at him “weird.”

“And then I found out Dana was saying I was gone to hospital and I was badly hurt. I was like, what is wrong with this? ….View original article