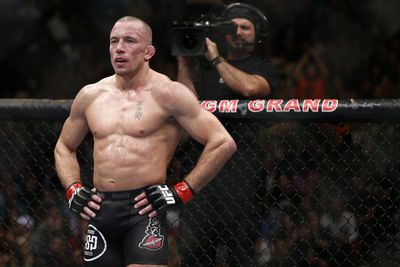 Georges St-Pierre was one of the loudest advocates for more stringent drug testing regimes in mixed martial arts during his latter years in the sport, but even he can see the lunacy in the five-year suspension the Nevada Athletic Commission handed down last month to his former rival, Nick Diaz.

“Personally, I think five years is too much,” St-Pierre told Canadian outlet RDS. “Especially when you think about Anderson Silva and other guys who were doping and received a lighter suspension compared to [Diaz].

Diaz, 32, was suspended five years by the NAC after testing over the limits for marijuana metabolites in a UFC 183 post-fight drug screening. The test in question was one of three screenings conducted over a window of a few hours, and was also the only test to ….View original article