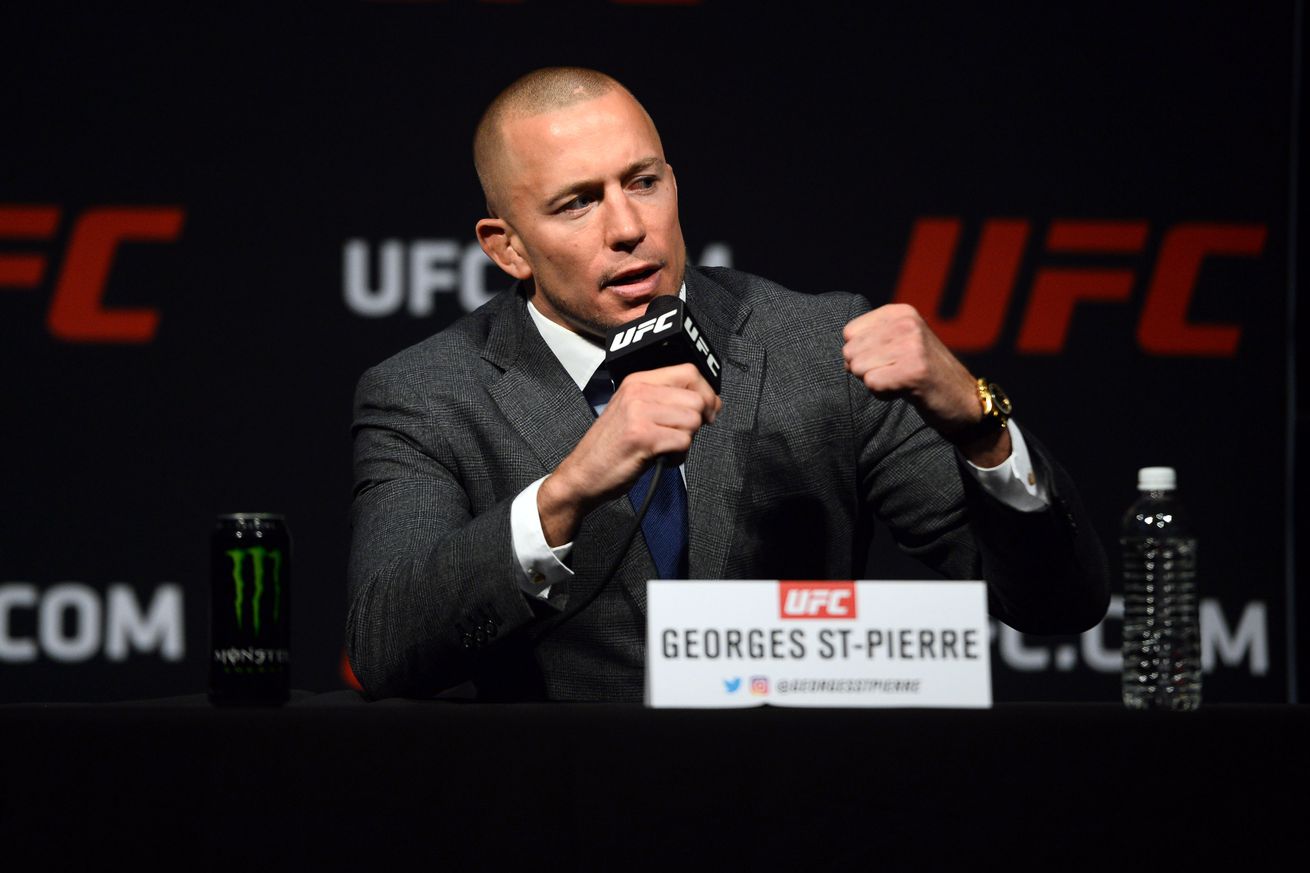 After Ultimate Fighting Championship (UFC) President Dana White decided to pull the plug on the much-criticized Middleweight title fight between division king Michael Bisping and former Welterweight champion, Georges St-Pierre, he proclaimed that “Rush” would instead return to try and reclaim his 170-pound belt.

However, that’s not necessarily the case, according to St-Pierre, who says his goal is to still fight “The Count” because he would have much more to gain fighting — and beating — him than defeating current 170-pound roost ruler, Tyron Woodley.

“He said a lot of stupid stuff,” St-Pierre continued. “And it’s not that I don’t like him anymore, after the fight it is going to be done, but I have some issues to resolve with him as it is right now,” added St-Pierre, referencing the epic trash talk Bisping hurled his way during their press conference.

As for all of the hurt feelings going around the 185-pound division — specifically Luke Rockhold’s — St-Pierre says it all boils down to envy, as they want what he has, but don’t realize that it’s obtained via years of blood, sweat and tears.

“I understand their position, they are angry and it’s normal. But, they are also angry because they want what I have,” St-Pierre explained. “They want my status, they want my money, my banking account and they want the popularity. So, by beating someone like Bisping or beating me, they think they are going to win that automatically. But, it takes more than that. It takes a long time to build up stuff like that.”

For “Rush,” no other foe is appealing to him, revealing that fighting and beating Bisping is a win-win situation for all parties involved. And should “The Count” not have the strap when the times comes to tango, he still wants to face him since he considers Bisping’s the hottest commodity in UFC at the moment.

“We have more to gain and it’s a win-win situation for UFC and for us,” he said. “We can lose big and we can win big, as well. If I come back to fight somebody, I can lose big, but not win as big. I came back to re-write history and get the biggest fight as possible. And for me right now, Bisping has the highest stock.

“If he loses the belt, the title, to me he is still the champion,” he continued. “He is the one that works hard, he’s a guy that paid his dues in UFC and has the most successful UFC career with the most wins. He’s beat the best and to me right now he is the main guy.”

It’s an interesting take to say the least.

St-Pierre recently revealed that an eye injury is what prolonged his much-anticipated return to action, claiming that he is still on track to return after October of this year. And that he would love to face Bisping when UFC returns to Madison Square Garden in New York City this upcoming November.

Whether or not that comes to fruition will for now remain a mystery … especially because of this.

Nevertheless, “Rush” says once he does return, it will be one-and-done for him if he comes up a loser.

“One thing I can tell you for sure, I am at one fight from retiring for good. This I can tell you for sure. If I come back and I lose, this is it for me, it’s finished,” St-Pierre confirmed. “It’s over and I don’t want to hang in there to be a punching bag for the younger people. I do not believe I will lose and feel I am the best, I put a lot on the line and I do feel I am a better version than when I left. If down the road I lose, I pass the torch and I am finished. I will be fighting like there is no tomorrow. That’s when I am at my best. But, look at my record, I don’t lose very often so I could still be there for a while.”

Indeed, over the course of his 11-year career, St-Pierre has only lost twice, though he came back and avenged both defeats to Matt Serra and Matt Hughes.