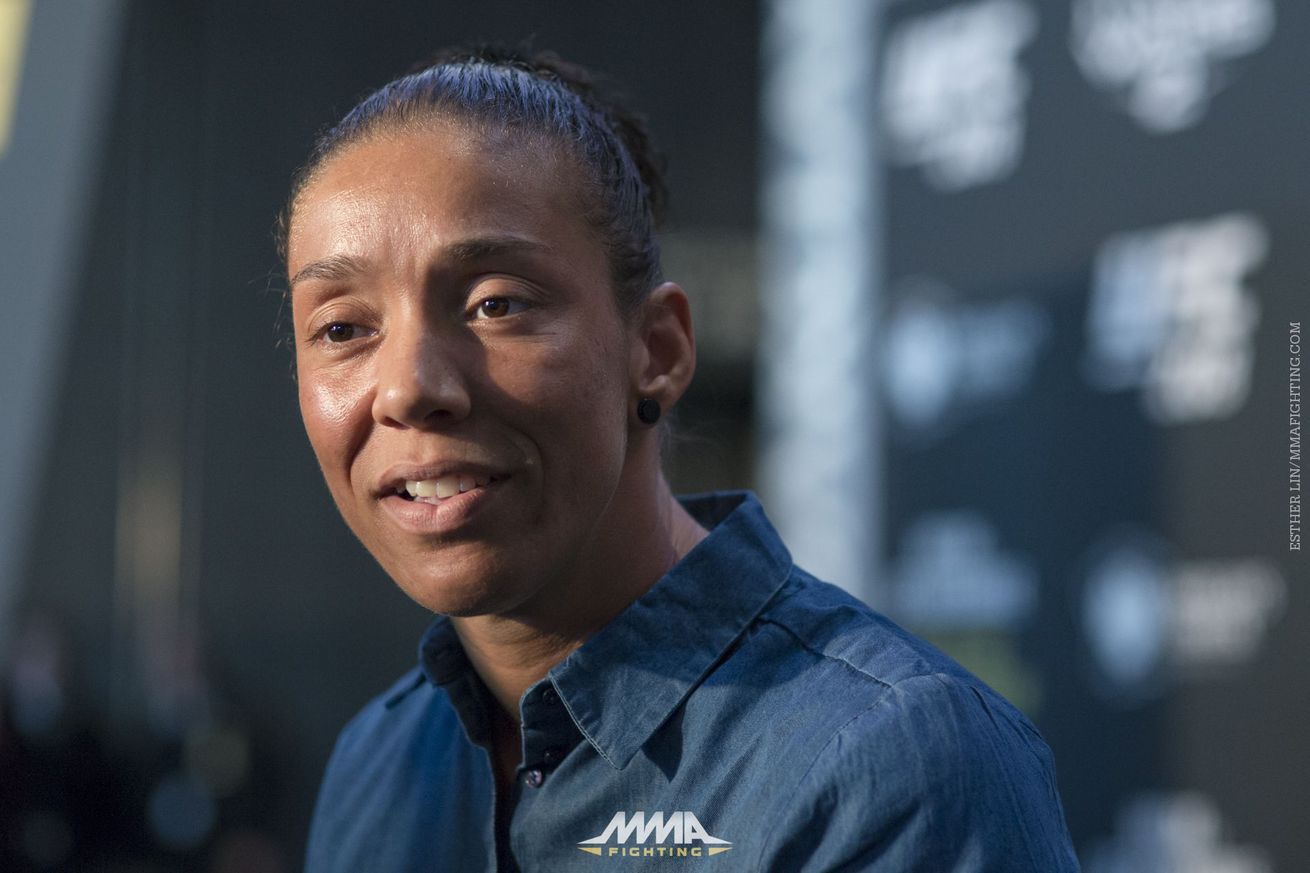 Germain de Randamie was stripped of her Ultimate Fighting Championship (UFC) women’s Featherweight title after she refused to face Cris Cyborg at the upcoming UFC 214 event — which is slated to go down this weekend (Sat., July 29, 2017) in Anaheim, California — due to the Brazilian’s past troubles with performance enhancing drugs (PEDs).

For “Iron Lady,” staying true to her principles was more important than keeping the title and despite all of the aftermath, she doesn’t regret declining the bout. But, she does regret swinging at Holly Holm after the bell rang during their title fight at UFC 208 earlier this year.

“I don’t regret anything. I stand for my principles and I believe that forbidden substances are not allowed in sport, especially not fighting,” she said during a recent interview on The MMA Hour. “This is a full contact sport. People have ended up in wheelchairs. I was just reading the other day that a boxer did his first pro fight and is now drinking out of a straw. We put our lives on the line and we are here to entertain people,” she said.

“I don’t regret anything, there are things I don’t support and that’s my opinion. Of course, I regret that moment in the fight where I threw the combination (after bell rang). I regret it because I play fair and it’s my deepest apology if I hurt anybody with that, even Holly. That’s not me. I would never risk not winning a world title, being disqualified for something this stupid. That’s not me. But I don’t regret any decision I have ever made,” she said.

Still, de Randamie is adamant UFC knew of her plans to drop down to bantamweight after her title fight at 145 pounds with Holm, even prior to signing the contract. That’s why she was a bit baffled the promotion decided to strip her when they knew beforehand that she had her eyes on a rematch against Amanda Nunes.

Plus, Cyborg’s brief hiccup with USADA — as well as her hand injury, and full time job as a police officer that requires her to work up to 60 hours a week — didn’t help the promotion’s cause in trying to convince Germaine to face Cyborg.

After finding out via social media that she had been stripped, de Randamie says she wasn’t too upset. That’s because with the title off her hands, the backlash from fans on social media — which included people writing her and advising her to commit suicide — came to a halt.

“I do care about is staying me. It’s okay that they took away the belt, the only thing I cared about was the things people said. I don’t care that people l said I’m scared of Cyborg, I fought a guy who was 40 pounds heavier, and in a boxing match. I’m not a boxer. I fought the best standup girls in the world, the very, very best. I was the reigning world champion in three different divisions at the same time. I fought every girls, so people can say I’m scared becasue I don’t mind as long as I can look at myself in the mirror and know I’m not scared. They can say I’m a cheater, I am not, it hurts, but it’s their opinion.”

Germaine will return to action against Marion Reneau at the upcoming UFC Fight Night 115 event on UFC Fight Pass, scheduled for Sept. 2, 2017 from inside Ahoy Rotterdam arena in Netherlands. This, despite the fact that “Iron Lady” requires surgery on her injured hand, which she postponed until after the bout.

As for the 145-pound strap, that will be up for grabs as Cris Cyborg faces Tanya Evinger at UFC 214 in Anaheim, California. For more on that fight click here.