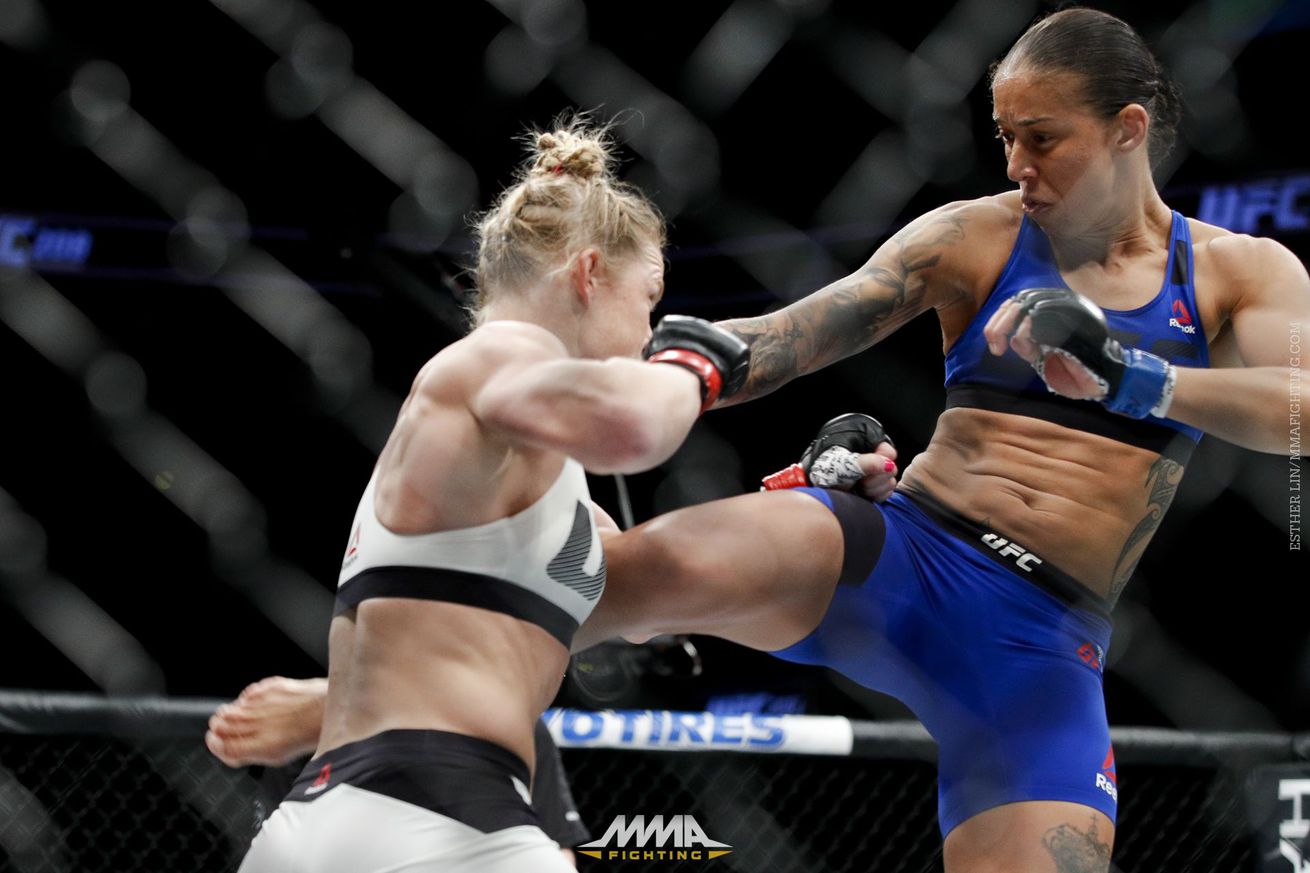 Germaine de Randamie is willing to give Holly Holm an immediate rematch following her controversial win at UFC 208.

De Randamie became the UFC women’s featherweight champion by defeating Holm this past Saturday in the main event of UFC 208. It was a close fight that was very competitive, and had many people split on who had won the bout. But that wasn’t the most controversial part of the fight, as de Randamie landed a few extra hits on Holm after the bell and she wasn’t penalized by the referee. This happened on two occasions – at the end of rounds two and three.

Now a few days removed from the event, de Randamie addressed the public about the controversial situation saying she’s not a “dirty fighter,” and welcomes a chance to prove she can win without any controversy.