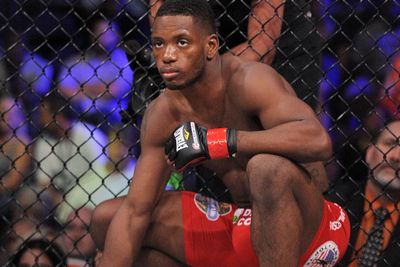 It’s a stacked main card, which will headline the night on Spike TV. Featherweight champion Patricio Freire will face challenger Daniel Straus for a third time, while Lightweight champion Will Brooks defends the belt against Marcin Held.

Emmanuel Sanchez and Justin Lawrence will battle for Featherweight bragging rights. Michael Chandler and “Caveman” David Rickels will put their pride on the line a second time at Lightweight, as well as Heavyweight sluggers “Dominator” Bobby Lashley and ‘Colossus’ James Thompson.

If there wasn’t already enough hype behind this big card, Bellator MMA has turned up the volume with a new series entitled, “Road to Bellator 145: With a Vengeance,” focusing on the featured fighters.

We’ve got part one of the series below, which highlights Patricio Pitbull, Daniel Straus, Bobby Lashley and Will Brooks, as well as never-before-seen footage of Pat Curran’s training injury that kept him from fighting Justin Lawrence.

Check it out below:

Bellator: With A Vengeance | November 6, 9/8c Live on Spike

To check out the latest Bellator MMA-related news and notes be sure to hit up our comprehensive news ….View original article