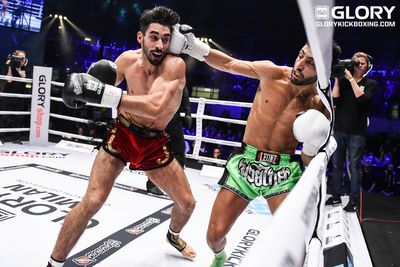 GLORY kickboxing struck a deal with ESPN last Thursday (Nov. 5, 2015) to broadcast GLORY 25 on both ESPN3 and ESPN2 last Friday (Nov. 6, 2015). The former aired the fight card live from Monza, Italy, and the latter aired a tape-delayed replay at 1:30 a.m. ET later that evening.

“We feel really good about the numbers on ESPN2,” said GLORY CEO Jon J. Franklin. “Between the live show, the repeat and visibility on demand, the results are super solid. We felt great about working with ESPN to bring GLORY to our fans. And with the live show still available to all on the ‘Watch ESPN’ app, the numbers are increasing every day. We did not have a long promotional window to get the word out so a shout goes out to our great fans.”

The numbers, which don’t include the live ESPN3 viewers, are quite encouraging because the two parties came to an agreement just one day prior to showtime. ….View original article