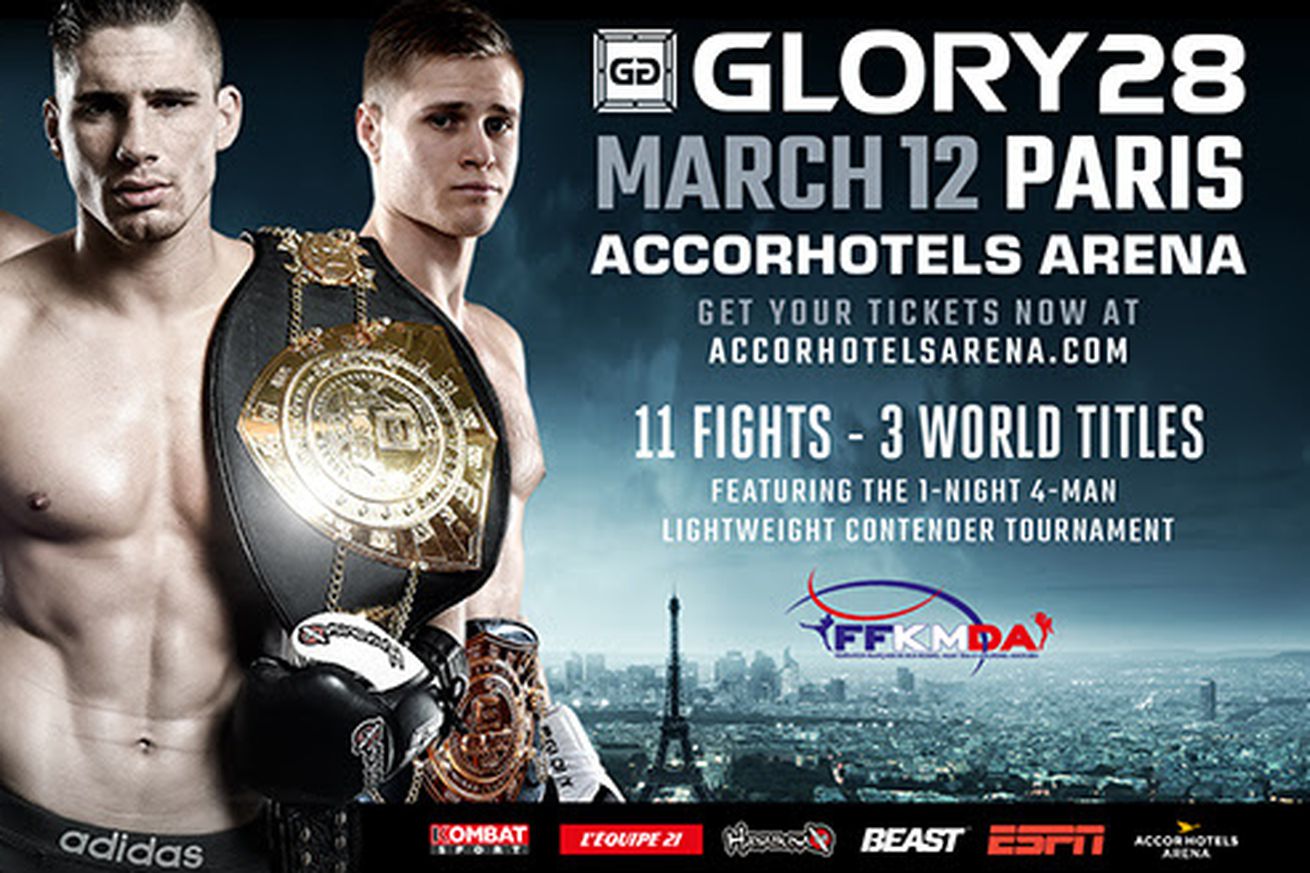 Kickboxing fans will always have Paris.

The fight card will feature three title fights and will be headlined by a heavyweight championship bout between current champion, Rico Verhoeven (47-10) and No. 3-ranked contender, Mladen Brestovac (49-10-1).

Verhoeven recently defended his title at GLORY 26 this past December, knocking out Benjamin Adegbuyi in the first round. “The Prince of Kickboxing” has now defended his title three straight time since defeating Daniel Ghita at GLORY: “Last Man Standing” to win it back in June of 2014.

Brestovac — a Croatian native — made his GLORY debut at GLORY 14 in Zagreb, defeating Jahfar Wilnis by knockout. He has won seven out of his last nine fights. “The Scorpion King” last fought in GLORY at GLORY 24, losing by technical knockout to Adegbuyi in the semifinal round of the night’s heavyweight “Contender” tournament.

In the co-main event, GLORY light heavyweight champion, Saulo Cavalari (32-2), will defend his title against No. 4-ranked contender, Artem Vakhitov. Former champion, Gokhan Saki, was originally targeted for this fight, but had to withdraw due to injury.

Cavalari defeated Vakhitov by split decision when the two first collided at GLORY 20.

Adamchuk defeated Gabriel Varga by unanimous decision at GLORY 25 amidst controversy as many thought Varga was the rightful winner. Amrani finished Lim Chi-Bin and Maykol Yurk in one night to win the GLORY 26 featherweight “Contender” tournament last November.

The GLORY 28 fight card will also feature a one-night, four-man lightweight tournament. Those participants will be announced at a ….View full article