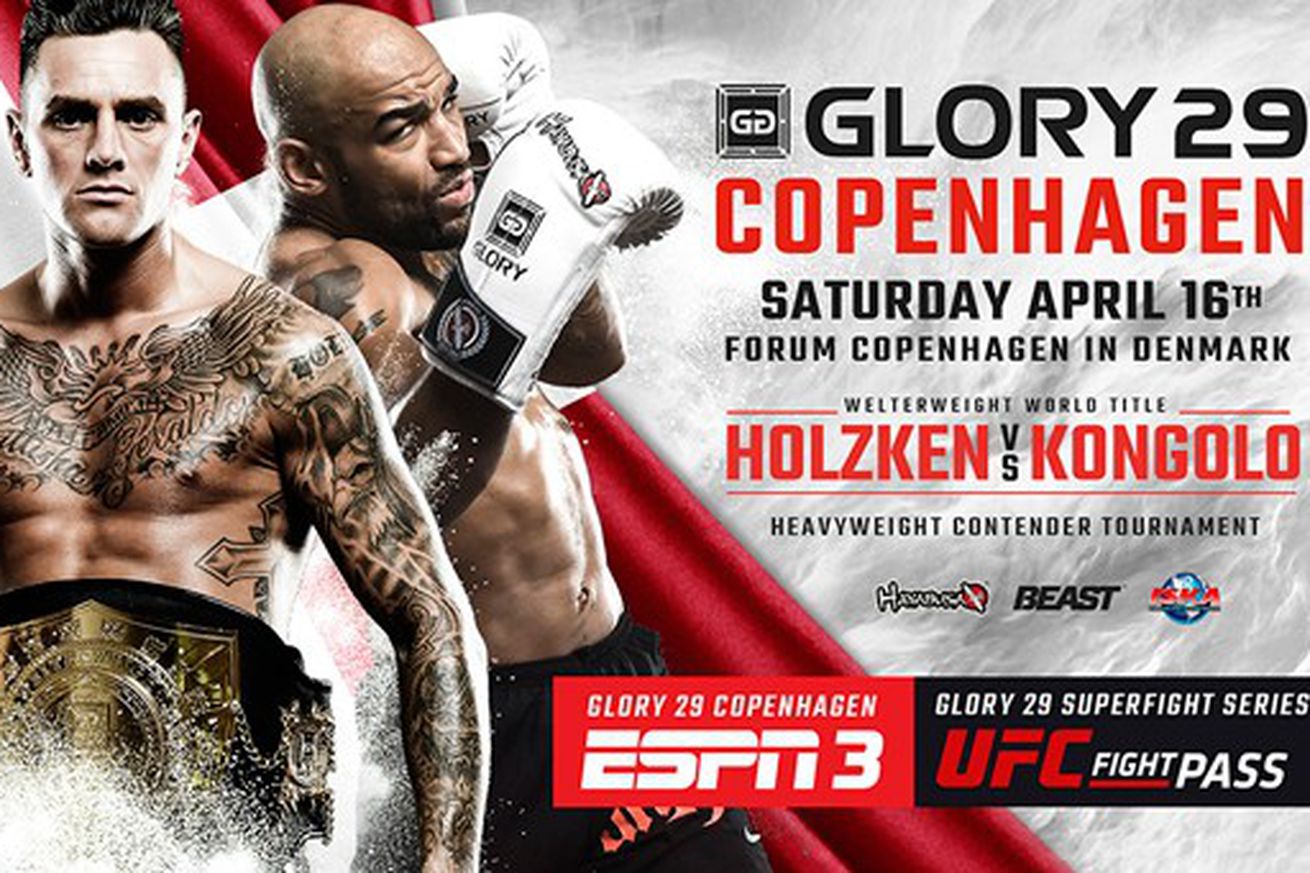 GLORY will hold its second-consecutive card in Europe on Saturday (April 16, 2016) when it invades Copenhagen, Denmark for GLORY 29.

“The Natural” successfully defended his crown against Murthel Groenhart at GLORY 26, edging “The Predator” by split decision. Kongolo fought on the Superfight Series portion of that card and won a majority decision over Karapet Karapetyan.

In the co-main event, featherweight champion Serhiy Adamchuk (32-5) is stepping in for Niclas Larsen–who withdrew due to an infection–and moving up a weight class to take on Mohammed El-Mir (113-21).

The night’s four-man “Contender” tournament will take place in the heavyweight division. In the semi-finals, Anderson “Braddock” Silva (39-13) will take on GLORY new comer, Ismael “Mr. Pain” Londt (36-6-1) and in the opposing bracket Jahfar Wilnis (28-6-2) faces Kirill Kornilov (7-1), who is also making his GLORY debut.

Holzken is considered the best for a reason. He is a master of the Dutch style of kickboxing and when he is at his best he’s playing chess while others are playing checkers. The champion has now won nine in a row. However, he has shown some vulnerability in his last two title defenses against Groenhart and Raymond Daniels, starting out slow in both fights and getting touched up a bit before taking command. That being said, I do not seeing him losing to Kongolo here. The well-rounded Swiss veteran can switch stances and he can throw heat with the best of them. He should not be taken lightly and has the ….View full article