Home MMA News GLORY 30’s Simon Marcus says his title reign will be a long one: ‘You can look forward to years of domination’
ShareTweet 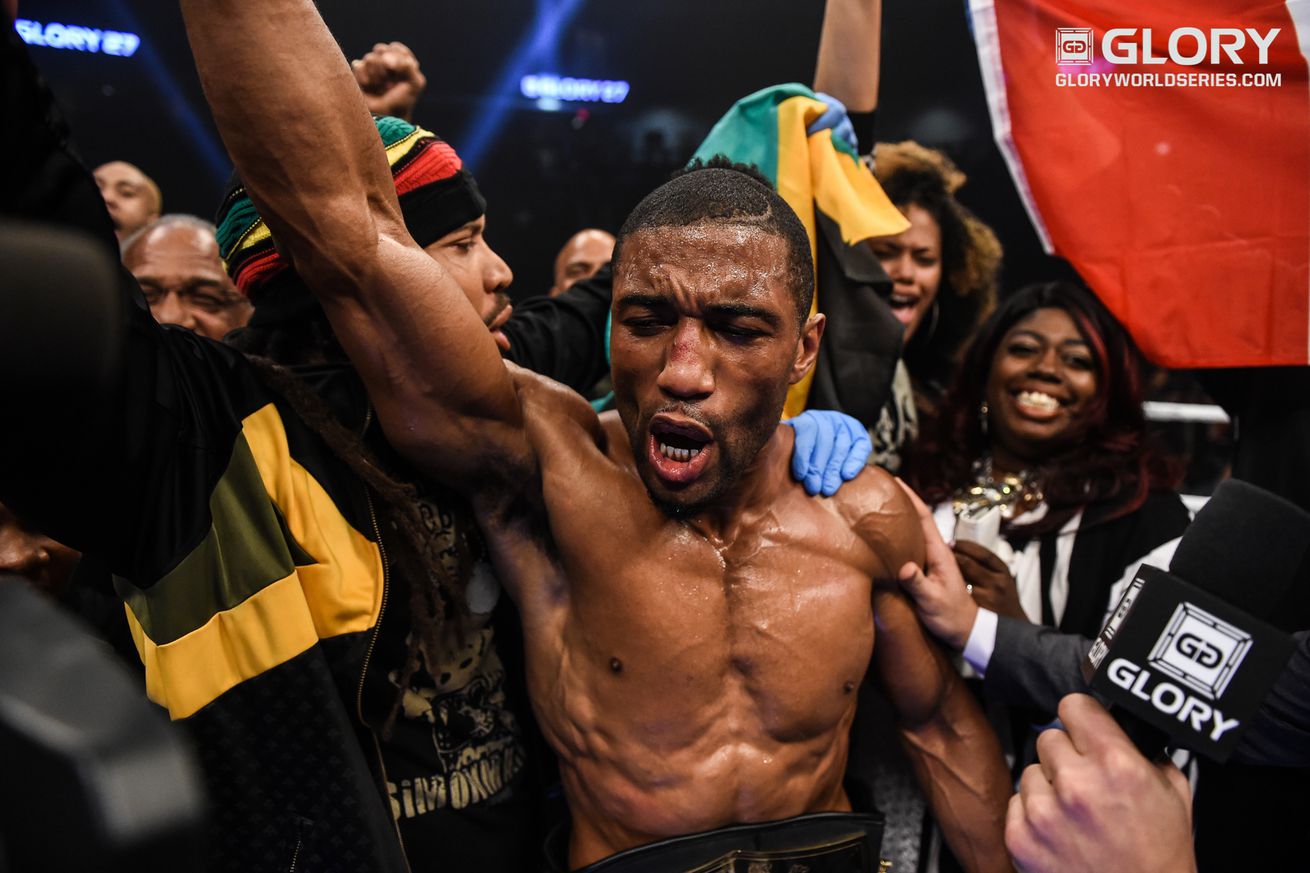 It goes without saying that the ending of the GLORY 27 main event between Simon Marcus and Artem Levin was among the oddest in combat sports history, and certainly one of the strangest as far as kickboxing is concerned.

Levin—who is known for being a notorious holder—got docked a point for the second time in the fight during the third round and proceeded to quit on the spot, and walked out of the ring in truly bizarre fashion.

Marcus became the new GLORY middleweight champion, but was he shocked to see Levin abruptly walk out of the ring?

Method of victory is not important to Marcus, who is now 2-0-1 against Levin all time. However, he the Canadian-Jamaican did state that Levin’s exit from the ring was more a result of what he was doing than being penalized by referee Al Wichgers.