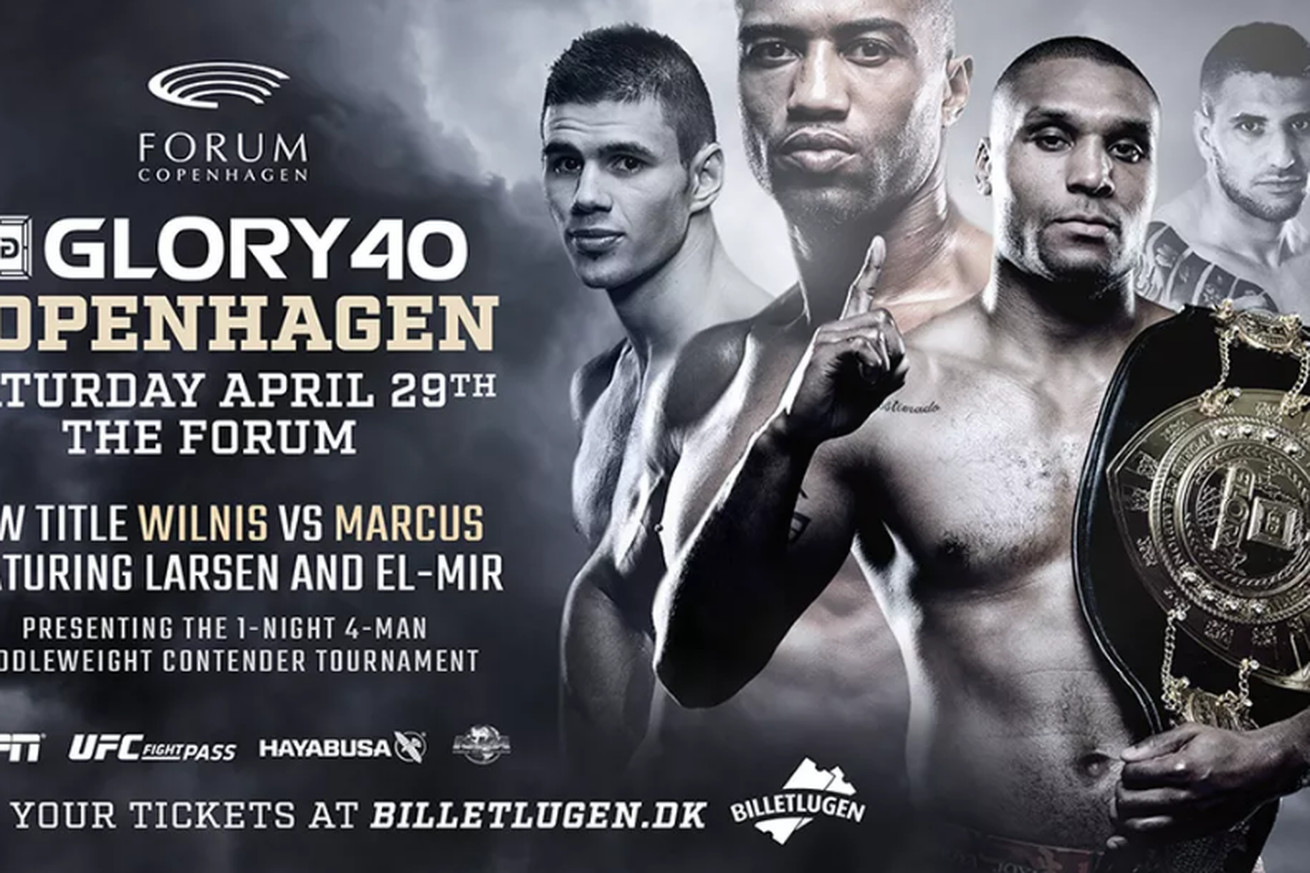 The action went down earlier today (Sat., April 29, 2017) at GLORY 40 from inside Forum Copenhagen in Copenhagen, Denmark, with the Superfight Series portion airing on UFC Fight Pass and the GLORY 40 main card airing exclusively on ESPN2.

In the main event, Jason Wilnis put his middleweight title on the line in a trilogy matchup with former champion Simon Marcus, who won his last two fights by way of knockout. Wilnis won his rematch with Marcus back in September via third-round TKO and looked to extend his current win streak to six. While Wilnis offered a ton of offense at GLORY 40, he was unable to fend off Marcus over the course of five rounds. The challenger punished the champion with destructive kicks to the body en route to claiming the split decision and winning back a title he lost no more than eight months ago.

Before the main event unfolded, Yousri Belgaroui defeated Agron Pretini and Alex Pereira via unanimous decision to win the GLORY middleweight tournament. Pereira found his way past the semi-finals after dismantling Burim Rama via third-round TKO, but he was unable to hold off Belgaroui in the finals, losing all five rounds.

Here is some top-flight action from GLORY 40:

Rama goes down again in the second round!!!! #GLORY40 pic.twitter.com/ui8R6Y4uYL

Freddy Kemayo forces the 10 count with shots to the body to end the fight! #GLORY40 #UFCFIGHTPASS pic.twitter.com/XVVzfzAR6Y

The pace @GLORY_WS brings is INSANE! @jauncey93 goes in with a huge combination against Antonio Gomez! #GLORY40 #UFCFIGHTPASS pic.twitter.com/FgZ5qZPGBr

#GLORY40 SuperFight Series wastes NO TIME getting the action going on #UFCFIGHTPASS! pic.twitter.com/xNoS8nvrnS

Check out the full GLORY 40 results below: