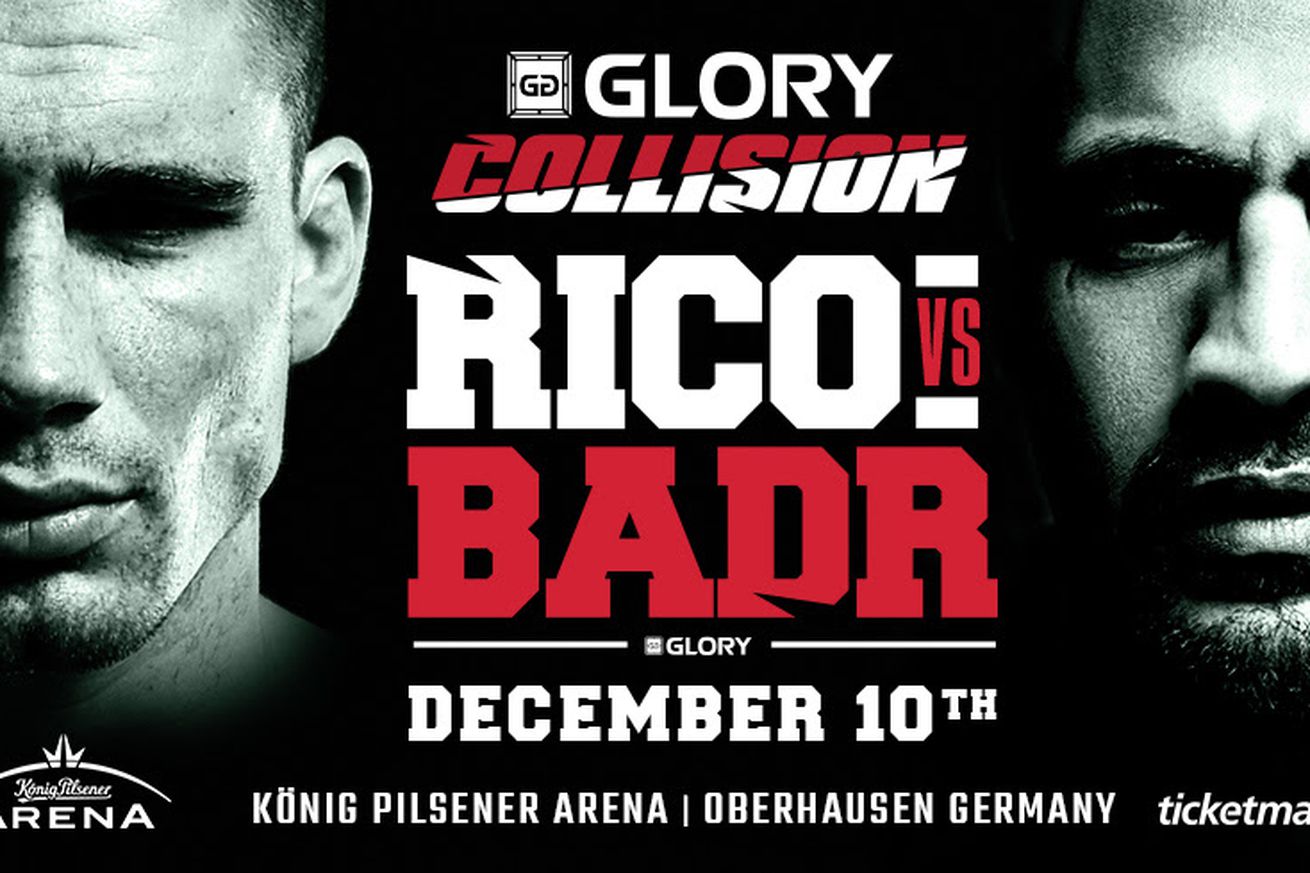 The most highly-anticipated heavyweight kickboxing fight in years now has an official date and venue.

GLORY COLLISION: Rico Verhoeven (48-10) vs. Badr Hari (106-12) will take place on Saturday, December 10, 2016 in Oberhausen, Germany at Konig Pilsener Arena. The matchup itself was first announced on July 23, 2016. MMAMania was first to report Oberhausen as the host city.

The kickboxing promotion announced the date and venue via press release on Tuesday (September 6, 2016).

“We are excited to bring this fight to the fans,” GLORY CEO Jon J. Franklin told MMAMania back in July. “This is the one they wanted. We wanted it too and so did Rico and Badr. The next few months will be massive for everyone involved. The guys will be training and we will be on a global platform to drive this fight to sports fans around the planet. We couldn’t be more pleased.”

Verhoeven, 27, has won 10 straight fights inside the GLORY ring and defended his title four straight times since winning it against Daniel Ghita at GLORY: Last Man Standing in June of 2014.

Hari, 31, defeated Ismael Londt by technical knockout in his last fight at Akhmat Fight Show in Grozny, Russia. The Moroccan-Dutch fighter is a former K-1 and It’s Showtime heavyweight champion and although he has made more noise outside the kickboxing ring than in it in recent years with legal troubles, arrests and jail time, he is still considered among the elite of the sport.

Before this fight takes place, Verhoeven will defend his GLORY heavyweight title against Anderson “Braddock” Silva at GLORY 33 on September 9, 2016.

GLORY: COLLISION will be a stand alone four-fight card, which will follow both GLORY 36 and GLORY 36 Superfight Series cards. Both of those cards are expected to feature multiple title fights and the ….View full article