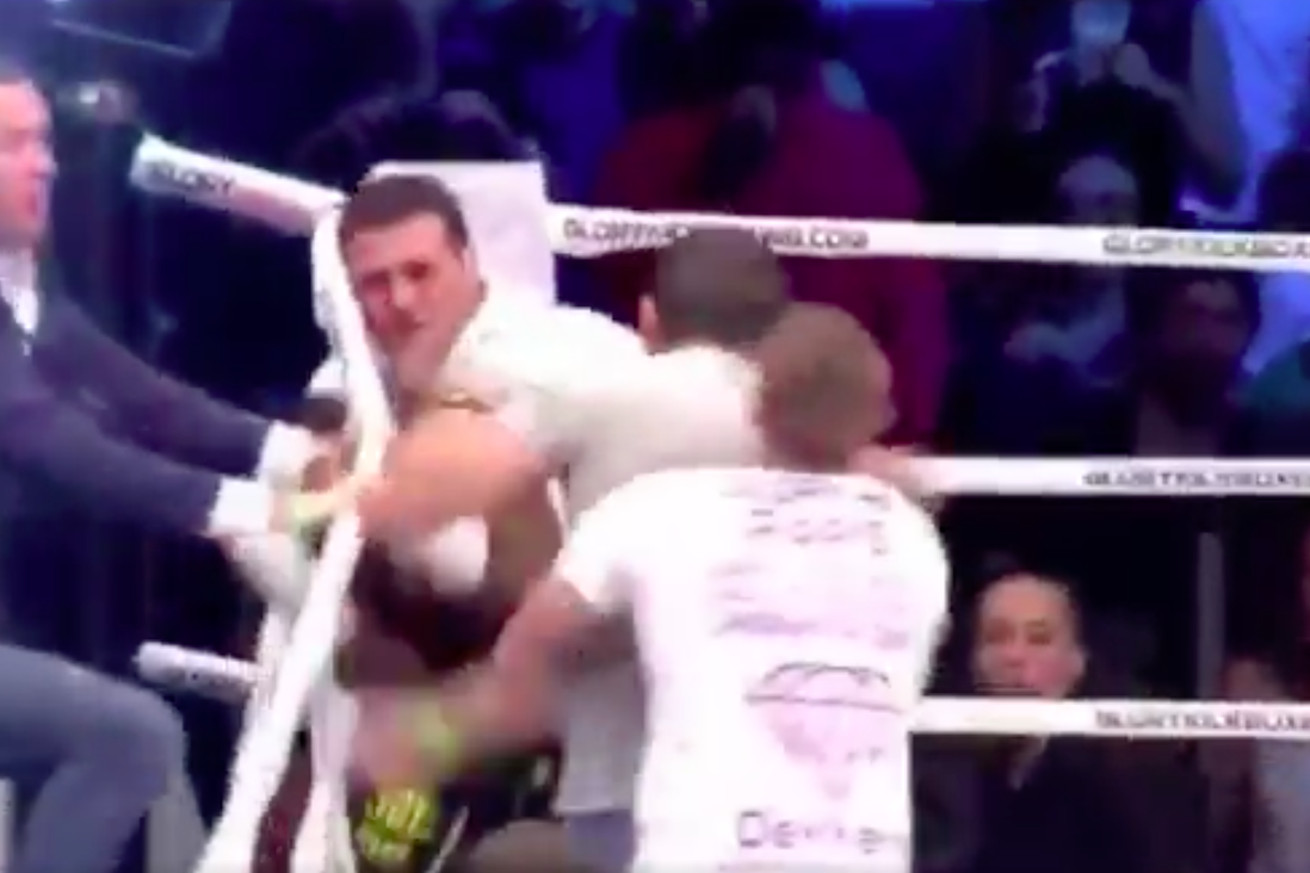 Glory 42 had one of the most bizarre — and scary — sequences in recent combat sports memory.

Welterweight fighter Murthel Groenhart won the co-main event bout in Paris against Harut Grigorian by savage knockout when Grigorian inexplicably turned his back to Groenhart in the middle of the round. Seconds after the finish, fans jumped into the ring and attacked Groenhart.

Murthel Groenhart KO’s Harut Grigorian and then gets assaulted in the ring. Protect yourself at all times. Chaos. #GLORY42 pic.twitter.com/LraVpsL8HL

The fans landed multiple punches on the Glory fighter, who said he might have had his jaw broken in the wild melee.

“Some guy caught me with a hook to my face,” Groenhart said on the broadcast. “I got my guard up. With those hands without gloves, it came through to my chin and my teeth. I think it’s broken [jaw], I don’t know. It hurts.”

Glory announcers explained on the broadcast that per the sanctioning body Groenhart didn’t break any rules by hitting Grigorian while his back was turned, because the referee did not step in to stop the action. It was a legal blow and knockout.

“When you are in the heat of the game, you just continue,” Groenhart said. “He turned away. I came after him and got him with the right hook that’s all. I did nothing wrong. It was all in the fight, all in the game. Everyone says in the rules to protect yourself at all times. The referee did not come in. I came in with the right hook. He fell down, and then I saw the referee come in. I did nothing wrong.”

Grigorian’s trainer Nicky Hemmers said on the broadcast that his fighter turned his back due to a cut — “which you never do in a fight,” he said — and he didn’t hold it against Groenhart for hitting him.

Groenhart, 30, is one of Glory’s top welterweight fighters and the 2016 Glory welterweight tournament champion. This was his third straight win for the kickboxing promotion and very likely the strangest one, considering how everything unfolded.

“I was in the corner and I saw these guys coming out,” Groenhart said of the attackers. “I was like come on guys this is a sport. Things happen. Some people get emotional, too close. But this is a sport and little children are watching this sport at home. You can not come into a ring like this.”