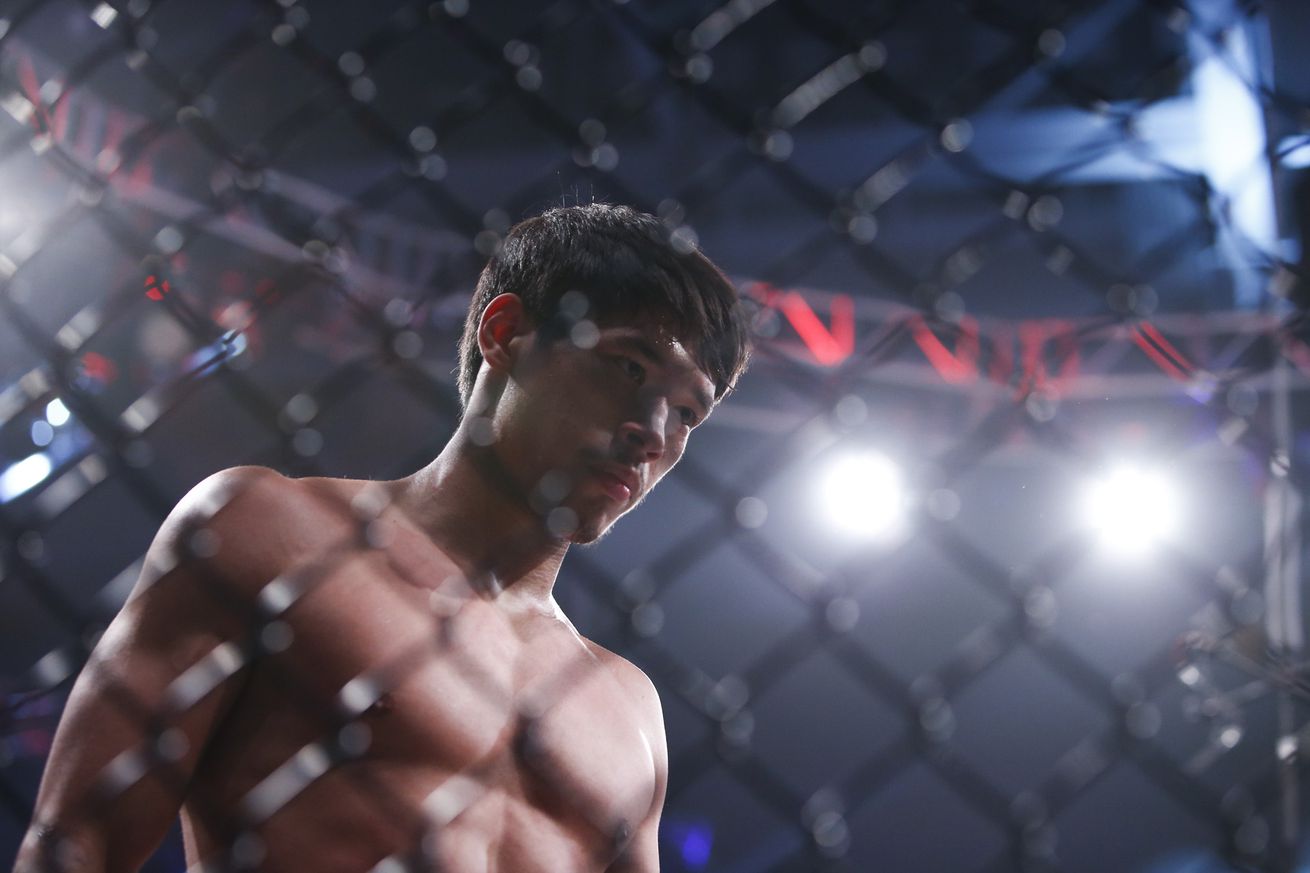 Goiti Yamauchi is starting all over at Bellator 162.

After 22 professional MMA fights, the 23-year-old Brazilian-Japanese fighter has decided to move up from featherweight to lightweight, and his first test at 155 pounds will be Ryan Couture on Oct. 21 in Memphis.

Coming off a decision loss to featherweight prospect Bubba Jenkins in March, Yamauchi says his seven-fight run as a 145-pounder taught him a lot.

“The biggest learning is that I was in the wrong division. That’s it,” Yamauchi told MMA Fighting. “I also spent too much energy in the wrong positions, I wasn’t patient. I believe I have learned the lessons I needed to become a great champion. I will be back better and stronger as a lightweight.

“Everything happened in the right time. I’m more motivated now as a lightweight,” he continued. “I’m still very young, I’m growing as a man, gaining muscle, and I can’t fight against that. That’s who I am. I got where I could as a featherweight, and it’s time to do the same thing as a lightweight.”

Yamauchi scored four stoppage victories during his 5-2 run under the Bellator banner, and knows that a win over a popular name like Couture would immediately put him up in the rankings.

“I don’t even think about that right now, actually. I have to be patient,” Yamauchi slows down. “I’m still very young. The peak in our sport is around 32 years old, so I’m still very young. I still have a lot to learn and do. It’s really hard to become champion in a division like this.”

Like Yamauchi, Couture also looks to get back on track in Memphis after having his impressive four-fight submission streak snapped by Patricky Freire in January. With the majority of his wins coming by way of submission, Yamauchi sees ….View full article