Home MMA News Gokhan Saki plans on fighting for UFC title in 2018, vows to ‘knock the f*ck out of’ foes
ShareTweet 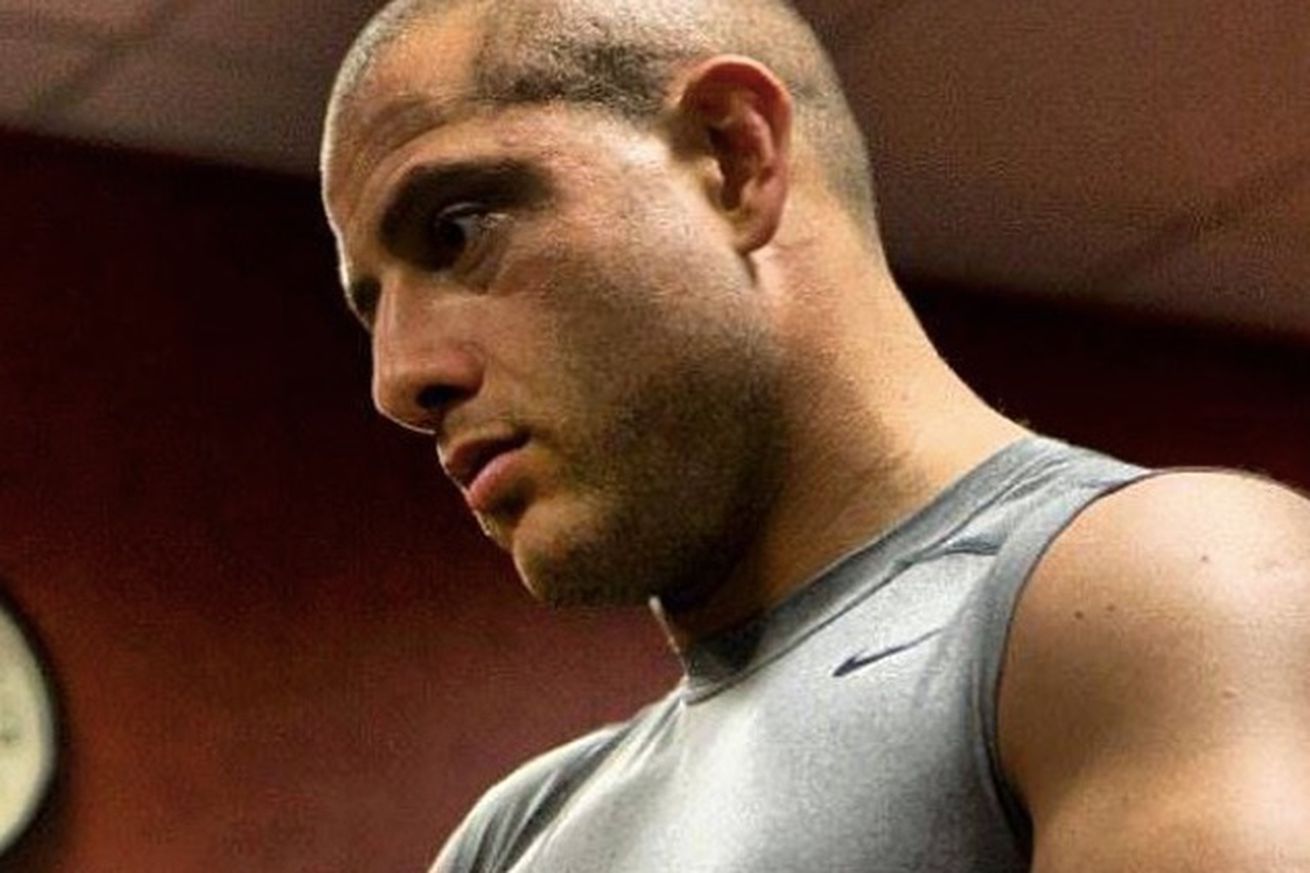 Gokhan Saki, he of 100 kickboxing matches, doesn’t seem like the kind of guy who picks opponents. That will carry over into the UFC, he told Ariel Helwani on Monday’s edition of The MMA Hour.

“I’ll fight everybody,” Saki said “The biggest, the smallest, the heaviest. Same weight. For me, I really don’t care who I’m gonna fight. I’m only really interested in myself. I don’t really care about other fighters. Sooner or later, I’m going to knock the f*ck out of them anyway. So, the order doesn’t matter to me.”

Saki, who signed with the UFC last week despite only one previous MMA fighter 13 years ago, is planning on a short trip to the top of the light heavyweight division. After three of four fights, the Holland native said he plans on fighting for the 205-pound belt.

“I know what I can do,” Saki said. “I know if I want something, I will work hard for it and I will make it. I’m thinking this time next year I’m fighting for the title. I’m ready, man.”

Saki, 33, has not fought at all in any combat sport since 2015. He had contract and personal issues with Glory and, with a rematch against Glory heavyweight champion Rico Verhoeven not on the table, Saki said he felt he had little left to do in kickboxing. He’s a two-time K-1 Grand Prix winner and still considered among the best kickboxers in the world in any weight class.

“I dominate Glory,” Saki said. “I dominate kickboxing for a couple of years. and after I was champion, I felt they didn’t push me or support me. I broke all the gate records and no thank you. So I was not happy anymore with Glory.

“There is no old-school kickboxing anymore. So, for me, there is no challenge anymore.”

Saki, whose kickboxing record is 83-16 with 59 knockouts and one no contest, said he has been working on wrestling and Brazilian jiu-jitsu and his trainers have been surprised about quickly he has taken to them.

The UFC, he said, was his only choice in MMA. He had no interest in any other organization.

“When I’m gonna make my comeback, I want to do it on the biggest stage,” Saki said. “For me, the UFC is the biggest and most popular combat event in the world. So, this is the best way to come back for me.”

The UFC’s light heavyweight division could certainly use a shot in the arm. Contenders like Phil Davis, Ryan Bader and Nikita Krylov have all bolted recently. Current champion Daniel Cormier is 38 years old and former longtime champion Jon Jones is always a question mark.

Saki believes he can make headway pretty quickly in the rankings and he could be right. He’d like to make his debut when the UFC goes to Rotterdam in his home country of the Netherlands in September, but he said it’s not a done deal yet.

What is finished is Saki’s contract with the UFC. While he’ll be competing in the sport of MMA, Saki doesn’t feel like he’s leaving kickboxing fully.

If he can have even a fraction of the success in MMA as he has had in kickboxing, Saki will definitely be someone to keep an eye on. And he also plans on giving fans “what the way” — knockouts.

“If you’re hungry, if you want to learn and you have something in your mind and you believe in it, you will make it, man,” Saki said. “I proved myself 100 times and I’m gonna prove it to everybody again.”