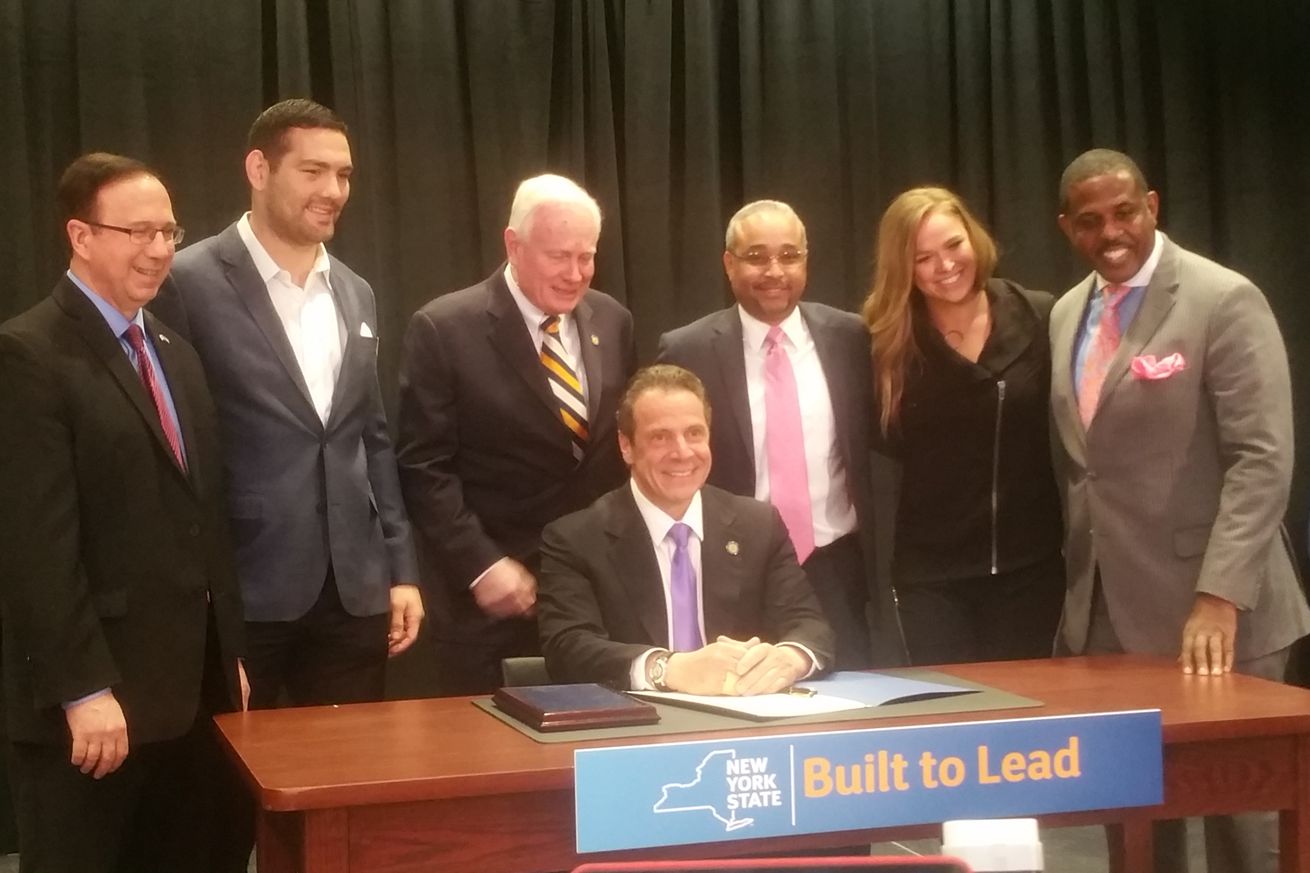 NEW YORK – New York is one step closer to hosting a live mixed martial arts event in the Empire State, and to do so legally.

No fights were announced at this time. Incidentally, Nov. 12 was the date of the first ever UFC event, which took place in Denver in 1993.

Fertitta also said that a second event will be held in upstate New York this year, with the location and date still to be determined.

“This is a huge day for us,” Rousey said, in a brief moment on the podium.

On March 22, the New York Assembly voted to sanction MMA in a landslide, 113-25. The effort to legalize New York spanned back nearly a decade, with the first UFC first lobbying in 2007.

“Madison Square Garden is the international icon for great sports events,” Gov. Cuomo said. “MMA is going to happen in this Garden.”

Cuomo said that he was thrilled by the potential economic boon the state would receive, generated through tourism and other avenues.

Fertitta expressed his gratitude to finally bring the Octagon to New York.

“It’s been a long hard process, but the fact is we’re finally here and we’re very happy about that,” he said.

“This is a great market for us, and we look forward to doing business here.”