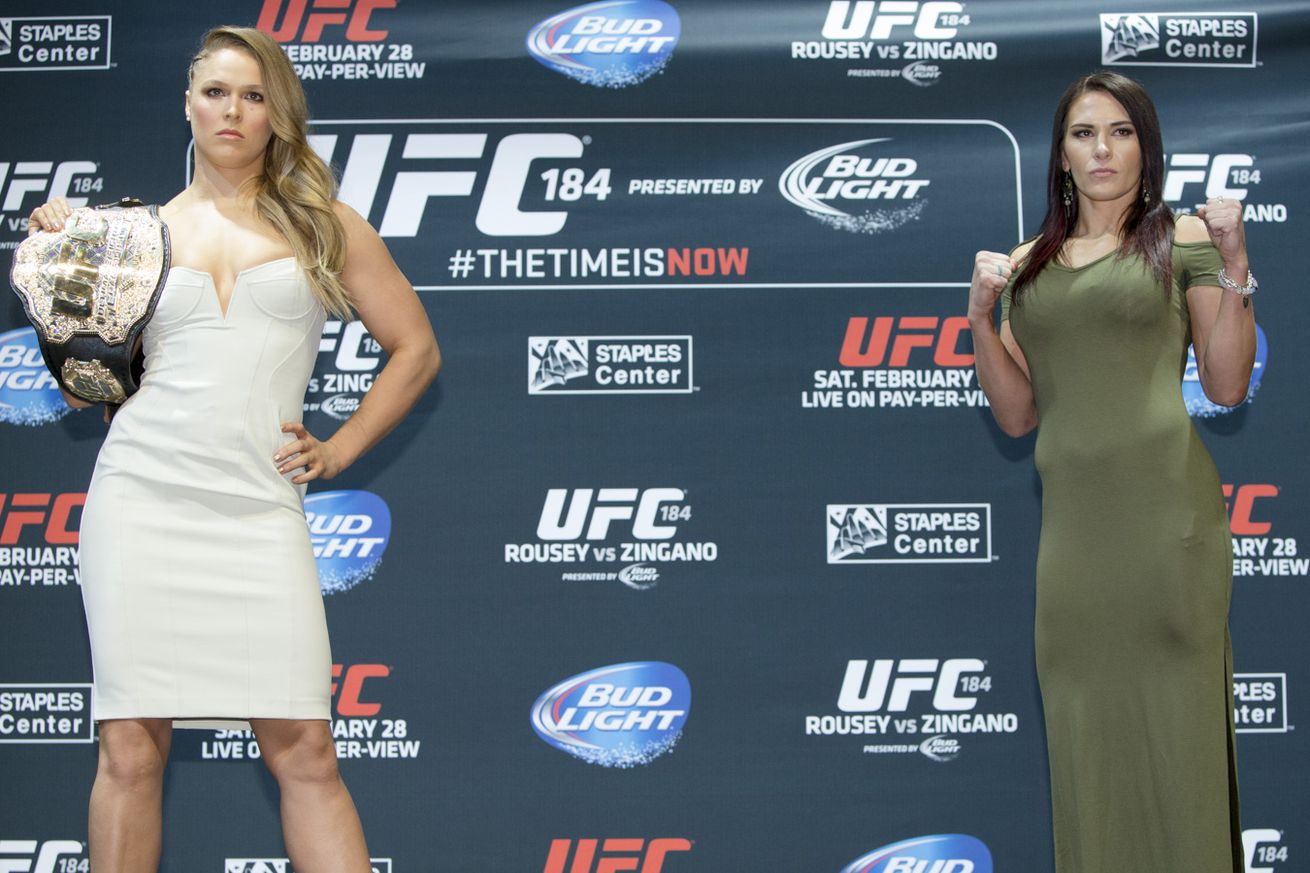 One person who hasn’t changed her opinion of Ronda Rousey through her steep fall from grace is Cat Zingano, who lost to Rousey in 14 seconds nearly two years ago at UFC 184. Zingano was one of the more demonstrative fighters to stick up for Rousey after she fell against Amanda Nunes in her return fight at UFC 207. Days after the fight, she called out the bantamweight champion Nunes via her Twitter feed for not showing Rousey any respect in victory.

Part of it is that Zingano says she feels “protective” of Rousey, who has generated more fanfare — and ultimately more derision — than any other fighter in UFC history. Zingano doesn’t like that people have made sport of the fragility of Rousey’s psyche. Which leads to more personal factors, that some people might be insensitive to. A kind of undesired sorority that Zingano is familiar with.

“[Ronda] was strong enough to admit that she was having suicidal thoughts,” Zingano told MMA Fighting, referring to Rousey’s admission on Ellen back in early-2106. “Who the hell sits there and makes fun of someone for that? Who the hell thinks they can get on there and call somebody weak or whatever? That is why suicide rates are up tenfold from the last two decades. That is why mental health is such a stigma. That’s why mental illness is something people don’t talk about, because of bullshit like that.

“It’s obviously something I have a close relationship with, and it’s something Ronda has a relationship with. Her family members have also committed suicide. That 100 percent, scientifically, puts her at higher risk. It’s a statistic.”

Rousey’s father committed suicide when she was young, a tragic undertone that went into her drive to succeed. Zingano’s husband and coach, Mauricio Zingano, committed suicide at 37 years old three years ago this month. She coped with the situation, returning in September of 2014 to beat Nunes, dealing the current 135-pound champion her last loss.

Zingano says she understands judging a fighter off of wins and losses, but doesn’t like to hear a person’s psychology being ripped asunder. Even somebody who dealt a severe blow to her own competitive psychology in just 14 seconds.

“But it’s not like that for me. She’s done a lot for me. Just like I would for anybody else. My neighbor helps me. If somebody came at my neighbor the way Amanda came at Ronda, I’d be in their face just the way I’m in her face. That’s who I am, and that’s what I do. Half the reason I fight the way I fight is because of where I get my mind, and I’m very protective of the things that matter to me.”

Zingano believes that Rousey will be back, or at least she hopes she will. Besides the big picture implications, she says there’s still unsettled business between the two of them.

“I want to see her overcome this,” she says. “In a perfect world, what this would look like to me, I’d find my way back to fighting for the belt, whether Amanda has it, or whoever, I don’t care who has it. If Ronda, I don’t know — I want to fight Ronda for the belt again. To me that’s an honor, and that’s the one defeat I have that I truly lost.

“Yeah, Julianna [Pena] got her hand raised [where we fought], but Julianna didn’t beat me, I beat me. I beat me. Everything that went wrong in that fight was me in my head, in my body. I’ll give her props. She showed up and she was the better athlete that night, but not because she beat me. Because I wasn’t me. I’ll give her credit, she won and got her arm raised, and she deserves everything she got from that.”

Zingano lost a unanimous decision to Pena at UFC 200, which makes it two losses in a row since starting off at 9-0.

“I would love to fight Ronda for the belt. I would love to avenge my loss and fight her again for what that means to me. I don’t know what it means to her, but to me that’s what it would look like for me in perfect world.”

As for when she’d like to get back in the Octagon again, the 34-year-old Zingano said the sooner the better. She’s just waiting for things to materialize.