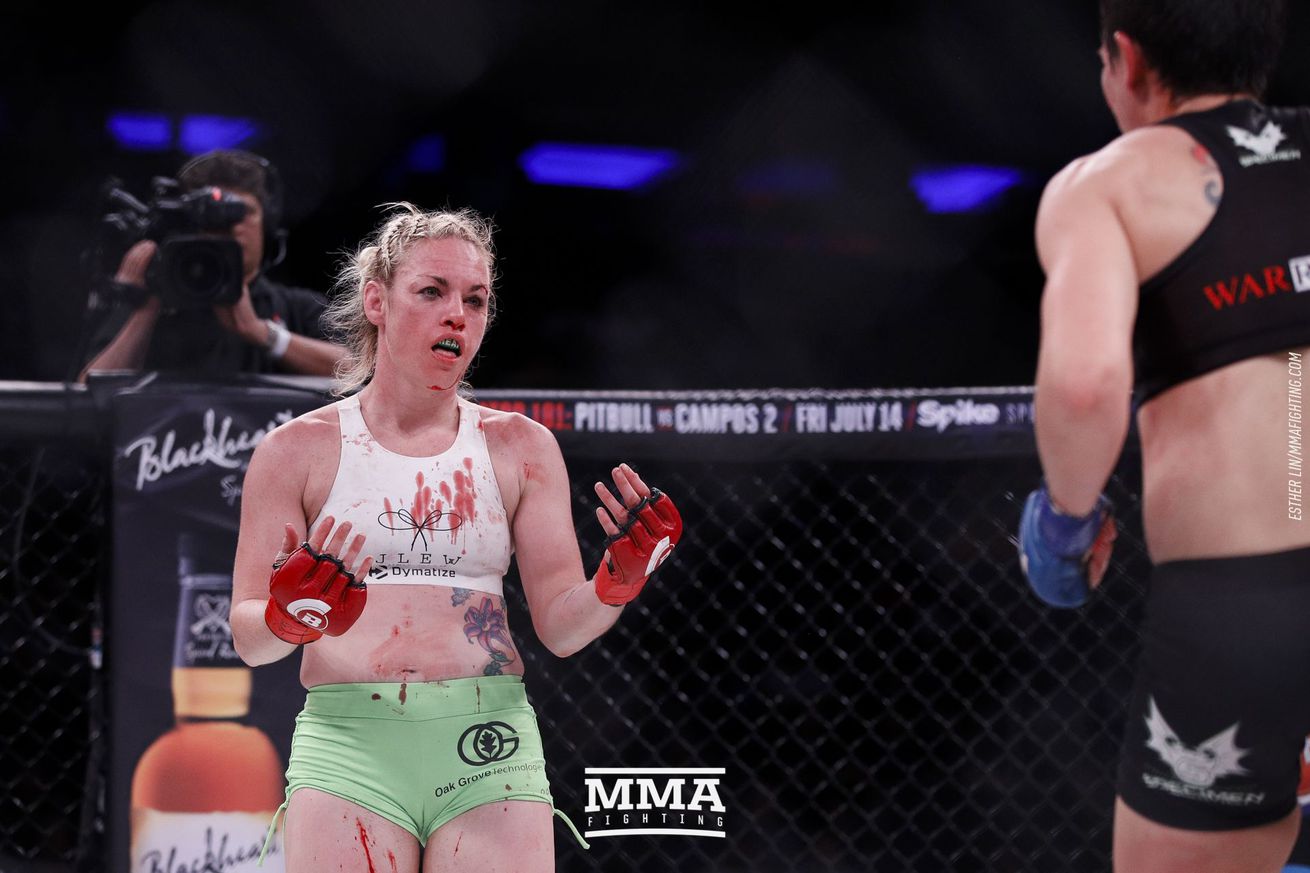 Fresh off a successful MMA debut, Heather Hardy will be back in action in October.

“The Heat” announced on Monday’s edition of The MMA Hour that she will return to the Bellator cage on Oct. 20. The Bellator 185 card will take place at the Mohegan Sun Arena in Uncasville, Conn.

According to Hardy, who is currently negotiating a multi-fight deal with the promotion after debuting on a one-fight contract, the promotion has yet to give her an opponent.

Hardy (1-0) made a transition to the mixed martial arts world after an impressive 20-0 run between 2012 and 2017 in boxing, winning belts in two different weight classes. In her Bellator debut, Hardy defeated Alice Yauger via third-round TKO at Madison Square Garden.