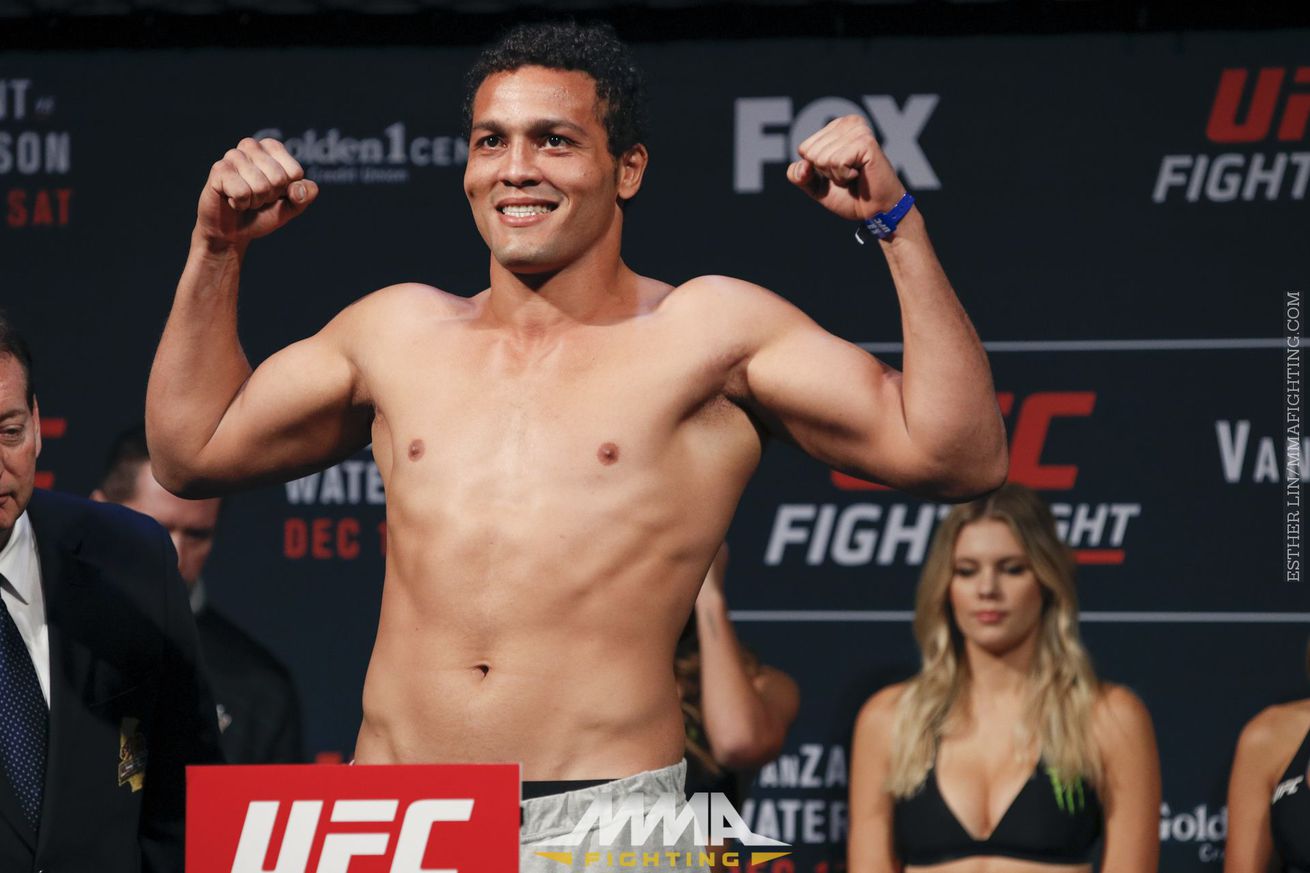 From his mixed martial arts debut to the UFC, everything happened fast in Henrique da Silva’s career. And shortly after his first losses, “Frankenstein” realized he had to make some changes.

da Silva already had a 9-0 record in the sport two years after his first MMA bout. In fact, the Brazilian light heavyweight was so addicted to competing he won two fights by knockout in two different cities in his home state of Para in a span of 24 hours.

It didn’t take long for the UFC to make the call and sign da Silva for his Octagon debut, when he finished Jonathan Wilson at UFC 199. Back to the cage four months later, the second longest layoff of his career, da Silva submitted Joachim Christensen in Portland.

That’s the last time “Frankenstein” had his hand raised.

Two months after going 2-0 in the UFC, da Silva was finished by Paul Craig in the second round in Sacramento. Four weeks later, he agreed to take on Jordan Johnson on 18 days’ notice in Denver, and ended up losing a decision.

Even though he doesn’t regret taking three UFC fights in less than four months, “Frankenstein” realized he had to change his approach to the game if he wanted to stay in the UFC.

“I felt great in the gym, but when the fight started, I don’t know what happened,” da Silva told MMA Fighting. “I felt terribly tired, my arms were heavy. I couldn’t do what I trained. My strategy was completely different.”

After saying “yes” to any offer made, da Silva used the five months separating his last loss to his upcoming bout, a light heavyweight clash with Ion Cutelaba at Auckland’s UFC Fight Night 100 on Saturday night, to fix a few things.

“I already trained a lot, but after I signed with the UFC I wanted to train even more, and my body couldn’t handle it,” da Silva said. “Resting more, thinking more, working with a nutritionist, I did everything right this time.

“To tell you the truth, what I did different this time was training less than I did before. When I showed my training routine to some conditioning coaches, they said that maybe I was overtrained. I used to train at least three times a day, so they told me to slow down and see how my body would respond, and it was better.”

With his back against the wall after consecutive defeats under the UFC banner, da Silva also changed his focus in the gym.

“I focused on my takedown defense, wrestling, and conditioning,” he said. “I tried to do everything right this time, that’s why I asked for more time to train for this fight, so I could prepare in a way I haven’t for my previous fights.

Cutelaba is also under pressure at UFC Fight Night 110 after losing two of his first three UFC bouts. da Silva knows that both athletes are in a must-win situation in New Zealand, but he won’t bring the extra pressure with him to the Octagon.

“We try not to think about it, but it always comes to mind,” da Silva admits. “I’ll be fine. I’m coming off two losses into this fight, there’s pressure, but when they close the Octagon, it won’t affect me at all.”

“Frankenstein” scored 11 of his 12 MMA wins by way of knockout, and Cutelaba finished 75 percent of his victories the same way. Seeing himself as a more complete fighter now, the Brazilian is confident he wan finish his opponent if they go to the ground Saturday, but hopes for a pure striking showdown.

“I wish he’d stand with me because I saw that that’s what he likes to do,” da Silva said. “It would be an interesting fight on the feet, but if he wants to grapple with me, I believe my jiu-jitsu is good enough to submit him. Standing or on the feet, I have a strategy right for wherever the fight goes.”