Home MMA News Henry Cejudo on Demetrious Johnson fight: ‘It was a humbling experience for me’
ShareTweet 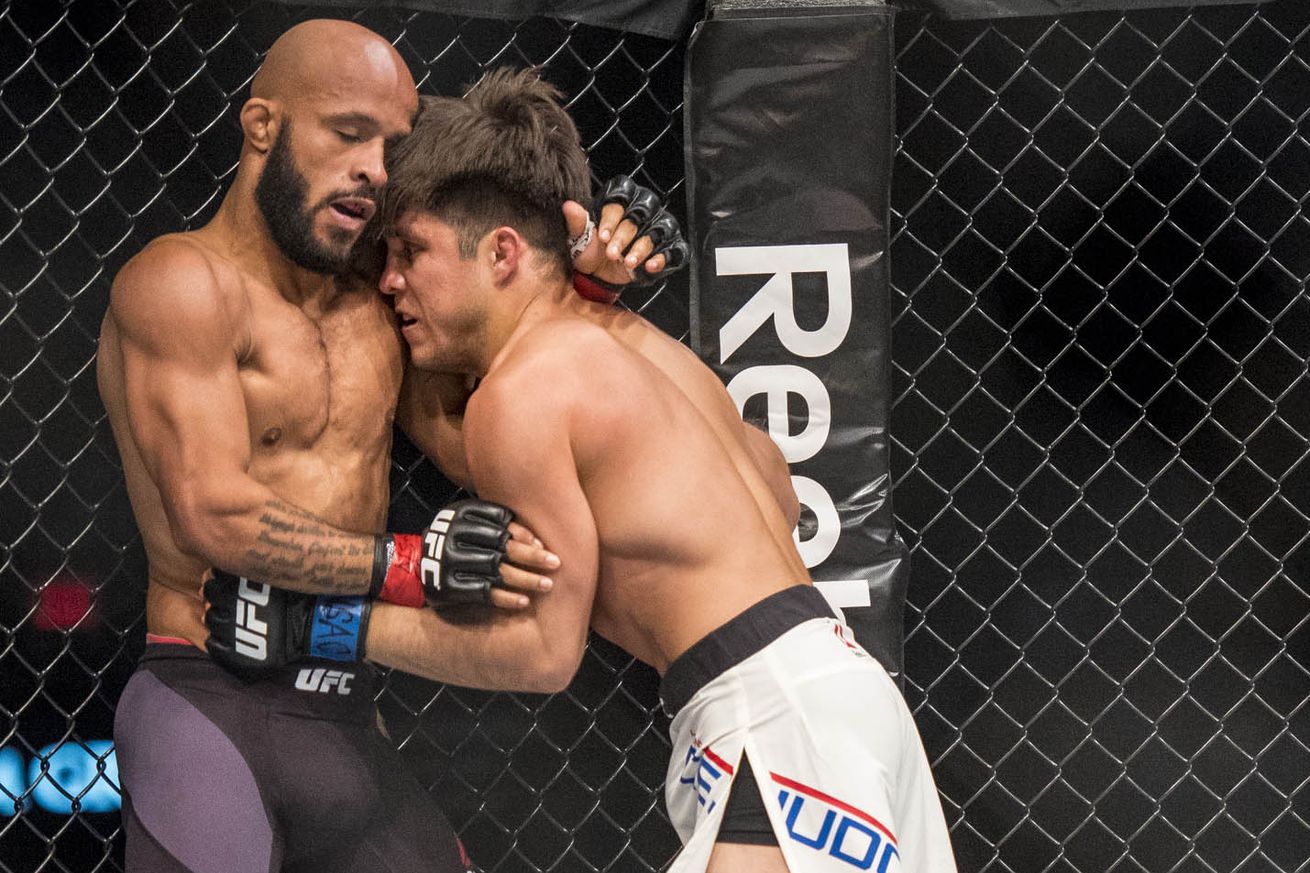 UFC flyweight Henry Cejudo has seen better days in his athletic history. Cejudo, the 2008 Beijing Games Olympic gold medalist in freestyle wrestling, even walked out to the cage on Saturday at UFC 197 to the Olympic Games theme music.

While Cejudo may have won medals in wrestling, it was UFC flyweight champ who was winning hardware – well, retaining, really – by positively starching the gold medalist in less than three minutes into the first round.

Cejudo was able to score a trip takedown, but that was truly about it. Johnson not only got back to his feet quickly, but decimated Cejudo in the clinch with a bevy of knees and elbows, ultimately dropping him to the canvas and scoring a stoppage victory at just 2:49 into the first frame.

As he explained at the UFC 197 post-fight press conference, it was precisely the clinch where Cejudo thought he’d shine.

“Honestly, that was part of our game plan as a camp,” Cejudo said. “I really did believe I was going to dominate the clinch. Coming from a wrestling background, I felt really strong. It was that first knee that he hit me with. I think he said it during the interview, too. He heard me grunt. I took him down. I could’ve held him down a little longer, but I was still trying to catch my breath. It was that one knee that really did it.

“When you get hit to the body, you don’t even worry about your face no more. So, I just started kinda protecting my body, like hanging my head down. He did a good job. He attacked my body.