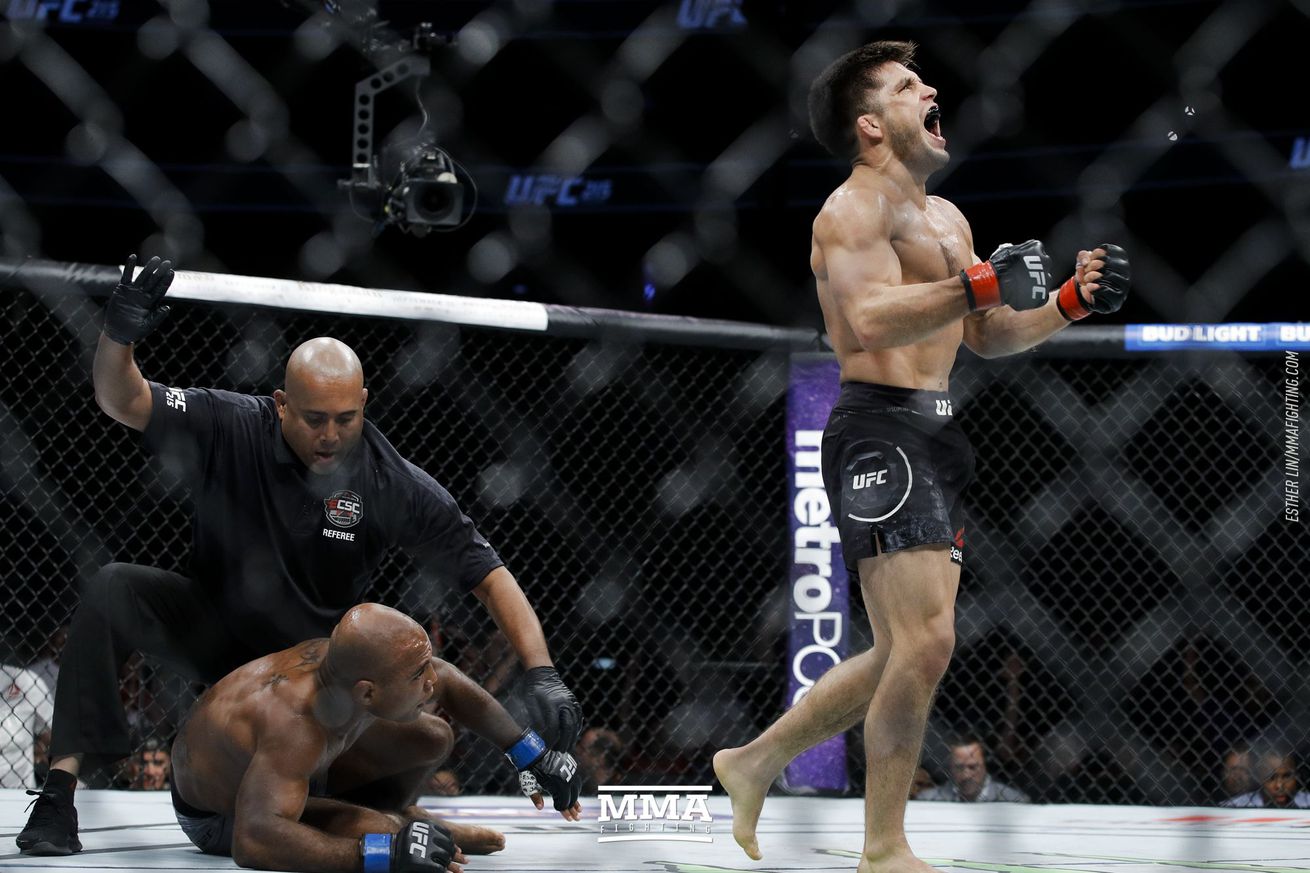 The sting of his first MMA loss still lingers in Henry Cejudo’s mind, but he’s confident that he’ll erase that feeling one day by toppling the man who gave it to him.

Cejudo was one of the brightest stars on Saturday, finishing Wilson Reis with strikes 25 seconds into Round 2 of their flyweight matchup at UFC 215 in Edmonton, Alberta. It was a dominant win over a fellow contender at 125 pounds, and a much needed one for the Olympic gold medalist who hadn’t seen his hand raised in the Octagon since November 2015.

The performance kept Cejudo in the thick of the title hunt and another shot at flyweight champion Demetrious Johnson. Cejudo failed to remove the title from Johnson’s waist when they fought at UFC 197, a bout that ended with him losing by first-round TKO.

At the UFC 215 post-fight presser, Cejudo sounded ready to step back into the cage with Johnson if given the opportunity, though he wants to make sure the timing is right.

“Emotionally, I do want to fight him right away,” Cejudo said. “Technically, I might even be ready for this guy. I don’t just want to fight Demetrious, I want to beat him and he’s been on my mind since he beat me. I’m a competitor, for me to get stopped in front of 20,000 people, that s**t hurts and I think about it a lot.

“There’s a reason why he’s the pound-for-pound best fighter in the world and that’s who I have to beat; not just fight, beat.”

Immediately after beating Reis, Cejudo had a conversation with Johnson, who was seated at ringside, and it looked like an excited verbal exchange. He wanted to clarify that the interaction was one of respect and nothing more.

“No, it was more like an approval, like ‘Am I getting better?’ That’s all, and I want to say this in front of everybody, I mean no disrespect to the champ,” Cejudo said. “He’s there for a reason and he was with his wife and his father-in-law, I don’t want to be a disrespectful fighter like that. But I eventually do want to fight him.”

Johnson was supposed to fight Ray Borg in the main event of UFC 215, but Borg was removed from the bout by doctors after being diagnosed with a viral illness. It’s unclear when or if that match will be rescheduled, leaving Cejudo as an option to possibly challenge Johnson next.

While Cejudo said he’s open to re-booking a fight with Sergio Pettis that was supposed to take place this past May, he maintained that somewhere down the line he and Johnson will cross paths again, this time with a decidedly different outcome.