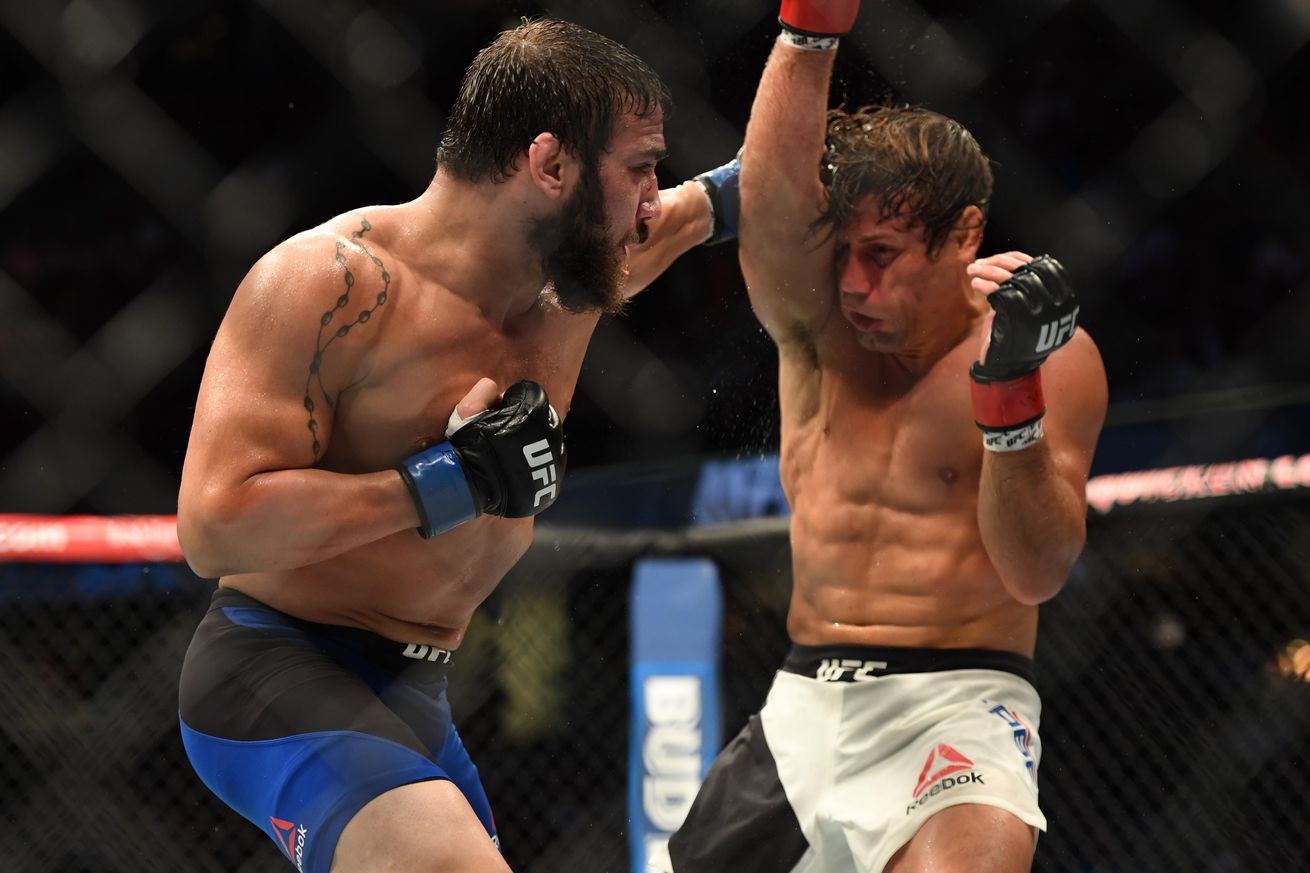 After losing his fourth bid for a Ultimate Fighting Championship (UFC) title earlier this year to 135-pound champion Dominick Cruz at UFC 199, promotional mainstay Urijah Faber looked to right the ship and prove he’s still a top contender when he met Jimmie Rivera last night (Sat., Sept. 10, 2016) at UFC 203 live on pay-per-view (PPV) from Quicken Loans Arena in Cleveland, Ohio. Rivera, who was making his fourth Octagon appearance, came into the Bantamweight bout riding an 18-fight MMA win streak. While Faber was the more active fighter in the early going, it was Rivera who landed more decisive blows on the feet, snapping countless kicks to Faber’s lead leg. After three rounds of tit-for-tat, the 27-year-old Rivera walks away with the unanimous decision win on the heels of consistent offensive output and significant damage. The full video highlights can be seen above courtesy of UFC. With this win, Rivera should shoot up the Bantamweight ranks. Despite never cashing in on a UFC championship opportunity, Faber remains one of the toughest outs at 135 pounds. In other words, Rivera should be considered a major title threat entering 2017. For complete UFC 203 results and coverage click here.