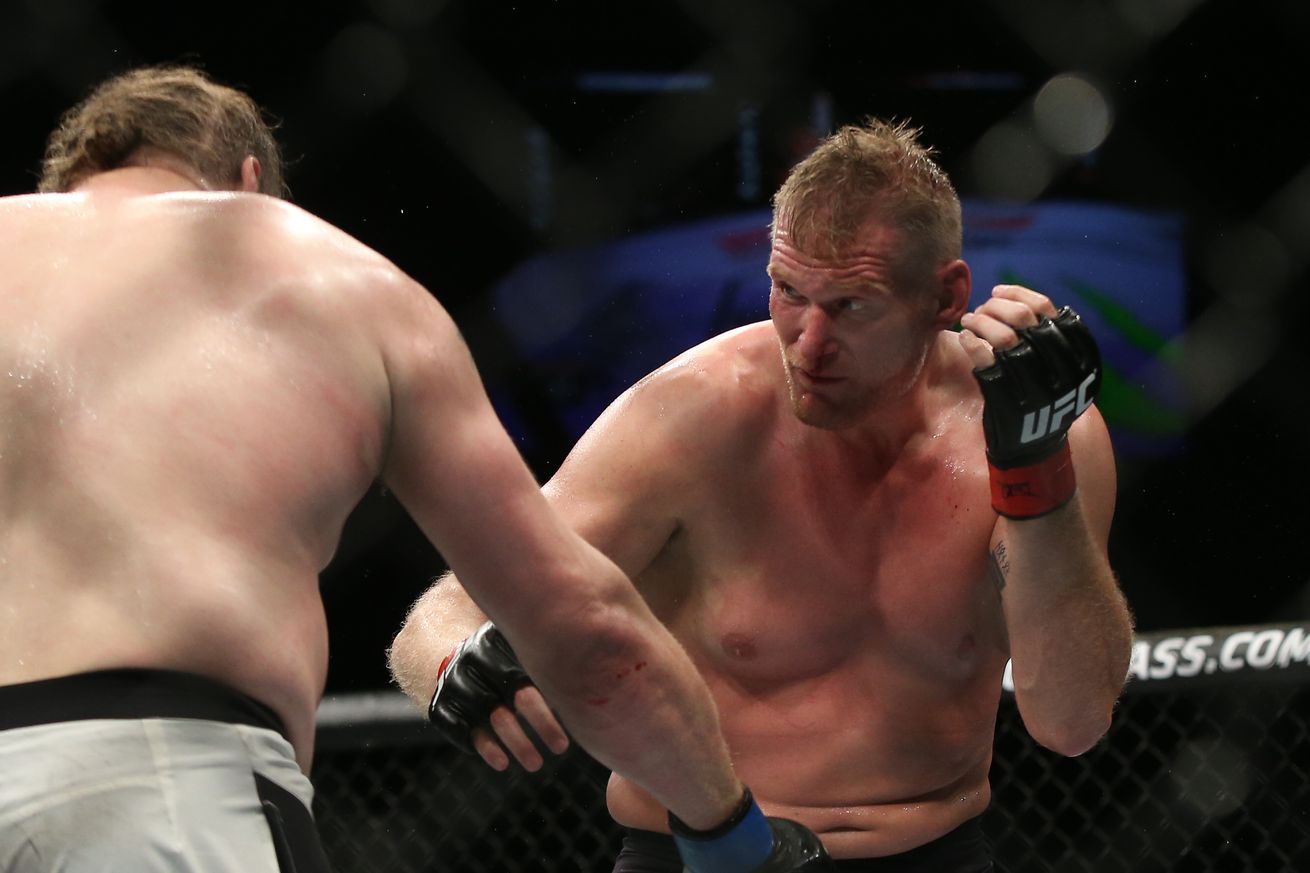 Can’t say I didn’t tell you this is how it would play out!

On the heels of strong striking, even stronger grappling and a mindset to get past a nasty third-round eye poke, former Ultimate Fighting Championship (UFC) heavyweight champion Josh Barnett submitted Andrei Arlovski earlier today (Sat., Sept. 3, 2016) at UFC Fight Night 93 from Barclaycard Arena in Hamburg, Germany. It is the first time in Arlovski’s career that he has been finish by way of submission.

After absorbing countless punches from “Pit Bull” over the course of two grueling rounds, “Warmaster” attempted to lock in a kimura attempt that eventually led to a takedown. From there, Barnett took Arlovski’s back, sunk in the rear naked choke in round three and solidified his 21st submission victory of his career

With this win, Barnett stays alive in a division eager for new title contenders. As one of the most outspoken and proven names in the weight class, he may only be a few wins away from challenging for a championship belt before he enters his 40’s. As for Arlovski, his triumphant return to mixed martial arts (MMA) prominence may officially be coming to an end.