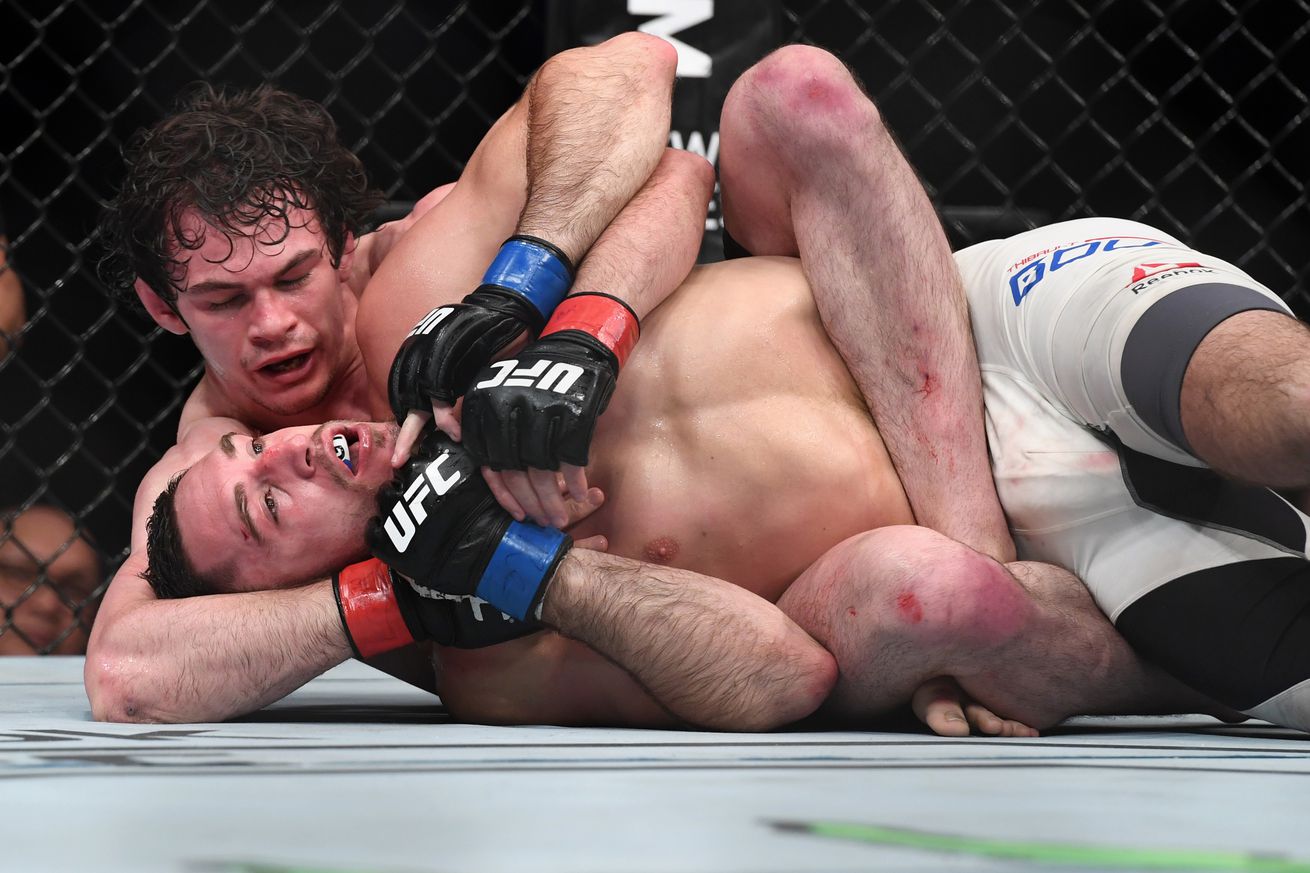 As the first Canadian to capture victory tonight (Sat., Dec. 10, 2016) at UFC 206 from inside Air Canada Centre in Toronto, Ontario, Canada, Olivier Aubin-Mercier built on his grappling resume and stunned veteran Drew Dober via rear-naked choke to capture his third submission finish under UFC rule. It was quite the performance for the lightweight youngster.

To much surprise, it was Aubin-Mercier who opened up on the feet to begin the bout. He peppered Dober with stiff jabs and powerful left hands that sent the striker to the canvas. After getting past a huge left hand from Dober to begin the second round, Aubin-Mercier moved like a snake on the ground to take Dober’s back and sink in the submission finish. Dober didn’t stand a chance once the Canadian’s arm slipped under his chin.

With this win, Aubin-Mercier moves closer to the lightweight top 15 as 2017 rolls in. He’s still very green, sporting just 11 professional bouts, but his progression at Tristar gym is beginning to shine through.