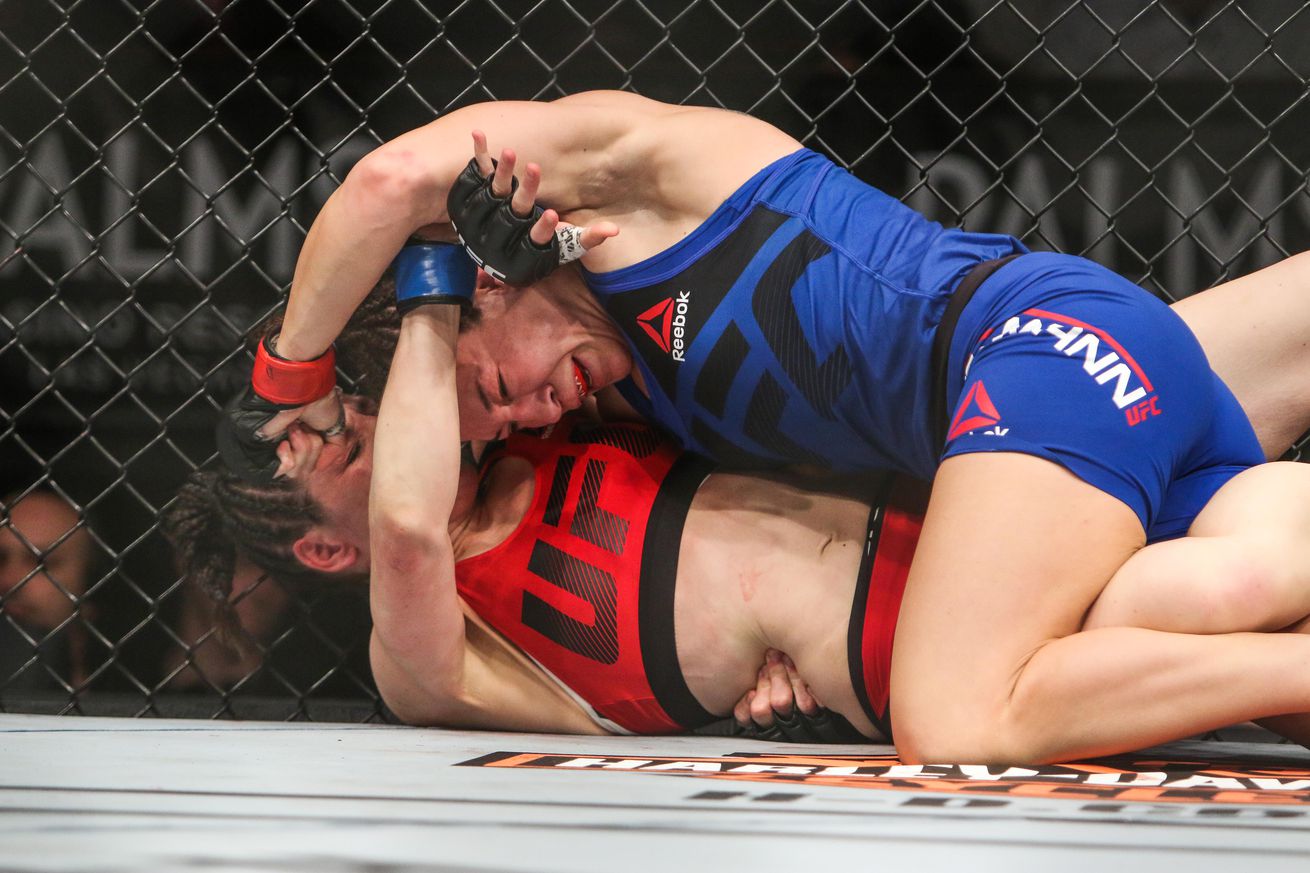 After a back-and-forth first round, McMann was able to gain top control on Davis and proceeded to sink in an arm-triangle choke to earn the second-round submission win. The grappling sequence was especially impressive considering Davis is one of the best submission specialists in the division, holding a black belt in Brazilian Jiu-Jitsu, finishing 47 percent of her career victories by way of submission and never being submitted before tonight through 23 pro bouts. It was also the first submission finish for McMann since ProElite 1 back in 2011.

With this win, McMann ends 2016 on a two-fight win streak. The Olympic wrestler has certainly experienced rough patches over the past two years, but she’s good enough to wiggle her way back into title contention towards the end of 2017. After all, she has only lost to Ronda Rousey, Miesha Tate and Amanda Nunes.