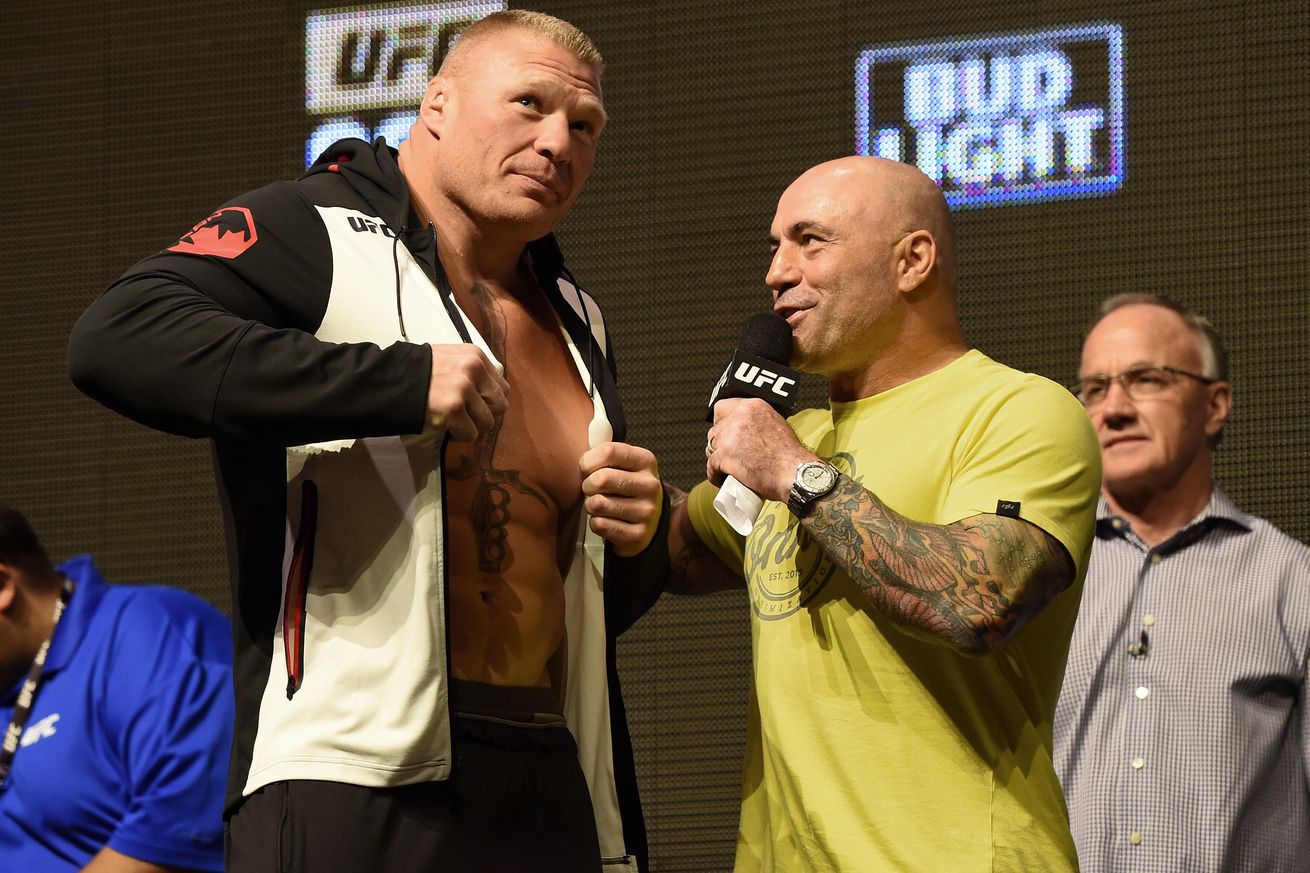 Brock Lesnar moved to Canada, so it should not come as a surprise to learn he’s creating his own brand of Canadian loopholes.

The former Ultimate Fighting Championship (UFC) heavyweight champion failed a pair of drug tests as part of his participation in the UFC 200 pay-per-view (PPV) event, which took place earlier this month in Las Vegas, Nevada, and will likely find himself suspended from mixed martial arts (MMA).

Not that it matters, as Lesnar returns to World Wrestling Entertainment (WWE) next week for Monday Night RAW.

Sure, the sports-entertainment company has a stringent wellness policy for its athletes, which has zapped its fair share of performers, but Lesnar won’t be subject to any sort of discipline because he’s a big draw and they need the ratings merely a part-time performer.

A WWE spokesperson tells us … only full-time WWE performers are subject to the organization’s wellness policy, which prohibits PEDs … but since Brock isn’t a full-time performer, he’s essentially exempt.

“WWE’s talent wellness program does not apply to part-time performers such as Brock Lesnar,” the spokesperson said.

It’s times like this I wish articles came with a laugh track.

Lesnar — no stranger to special treatment — was popped by Untied States Anti-Doping Agency (USADA) for the fertility drug clomiphene, a banned anti-estrogen agent that seems to be all the rage these days. The “jacked white boy” vowed to get to the bottom of his positive drug test … just as soon as he’s done with next month’s SummerSlam event.

Note to readers: The “I’m only part-time” defense will not work at your current place of employment, so like WWE always says before the start of each broadcast, don’t try this ….View full article