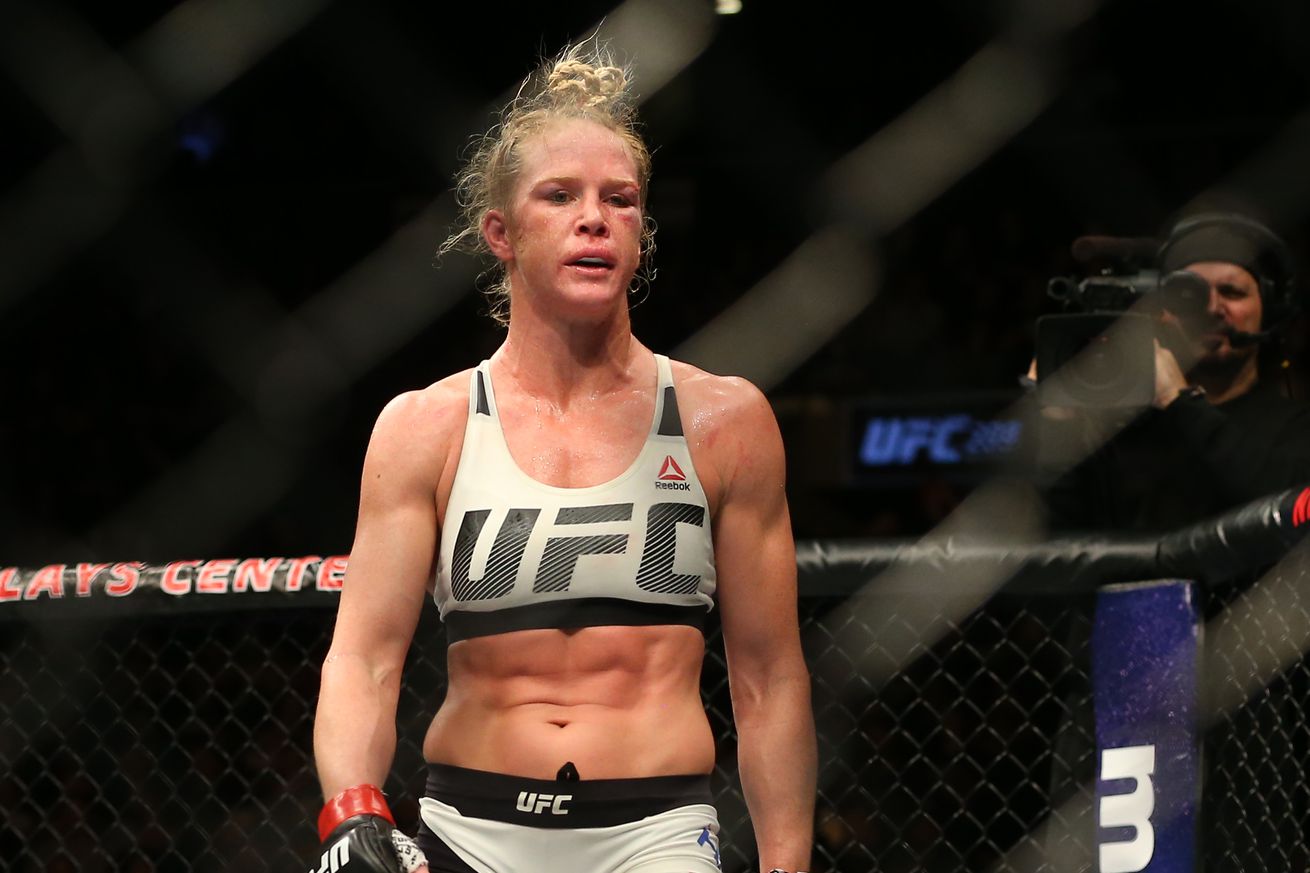 For Holm, though, she believes the decision should’ve gone her way, and there are plenty of people that share the sentiment, which is why she feels the outcome warrants an immediate rematch.

“I think it warrants a rematch,” said Holm during the post-fight presser. “When you have more than half the people saying the fight should have gone the other way, usually that warrants a rematch. So that would be awesome.The fight could have gone either way,” she said. “I felt like I had three rounds, but I also had her rocked twice and didn’t capitalize on it, and that’s my own fault.”

Of course, the fight — though not highly-entertaining — was drama filled, as “Iron Lady” clipped Holm after the bell on two separate instances, rocking her her on one occasion. And though Holly feels the shots were intentional, she didn’t want to rely on the referee taking a point away, which he didn’t.

“She hit hard shots after the bell, those are the hardest shots I felt the whole entire fight,” said Holly. “It wasn’t like the last punch of a combination after the bell rang. It was intentional and it was after the bell. What can you do? But I still think I could have won the fight on my own.”

The loss to Germaine was Holly’s third in a row, which puts her in a tough pickle moving forward. And while she would love nothing more than a chance to get one back on Germaine, at this point she knows she isn’t in a spot to be demanding or asking for fights.

“I’m sitting in a spot where my last three fights, I’m 0-3, so I’ll take whatever they’ll give me,” Holm concluded.

Of course, Cris Cyborg is likely the next challenge for Germaine, though “Iron Lady” says she will have surgery on her hand which could delay her first title defense, while Cris has a pending issue with USADA to take care of.