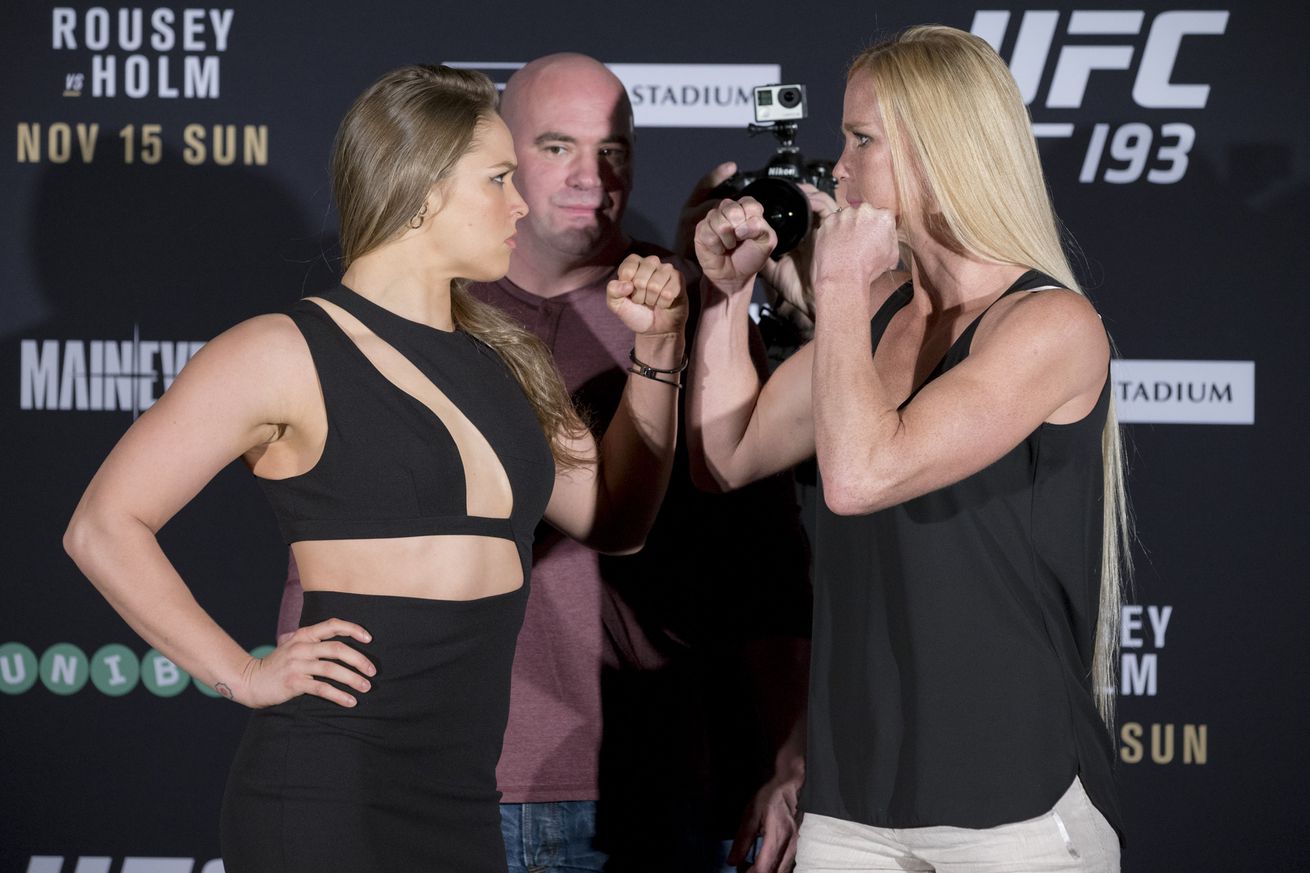 Holly Holm didn’t get the rematch she wanted. Instead, there’s a chance she gets the rematch the UFC wanted from her all along.

There has been a divide in what Holm and the UFC have wanted after Holm knocked out Ronda Rousey in the second round of their UFC 193 main event in November.

The UFC didn’t want Holm to fight again until Rousey returned to the Octagon, the safe and sure bet for a rematch that would be a promoter’s dream. Rousey not being able to come back until the end of this year and Holm preferring to stay active threw a monkey wrench into the UFC’s plan. So, Holm got her wish and defended the belt first against Miesha Tate at UFC 196 last month.

Tate, of course, had a monkey wrench of her own. She beat Holm by fifth-round submission to win the women’s bantamweight title. What is that saying about the best-laid plans?

From the jump, Holm wanted that rematch with Tate with the rationale that she had been beating Tate until “Cupcake” pulled off that stunning rear-naked choke in the final round. The UFC preferred Tate wait for Rousey to return setting up a third matchup between the two hated rivals.

Those plans went south as well when Tate said it was her desire to fight sooner than the end of the year. So, the UFC booked Tate to defend her title against Amanda Nunes at UFC 200 on July 9 in Las Vegas.

But what about Holm? That’s what she is wondering as well. No one is sure who wanted Nunes rather than a Holm rematch, thought the UFC and Tate are pointing fingers at each other. It doesn’t matter at this point, though. Nunes is the opponent and Holm is the odd ….View full article