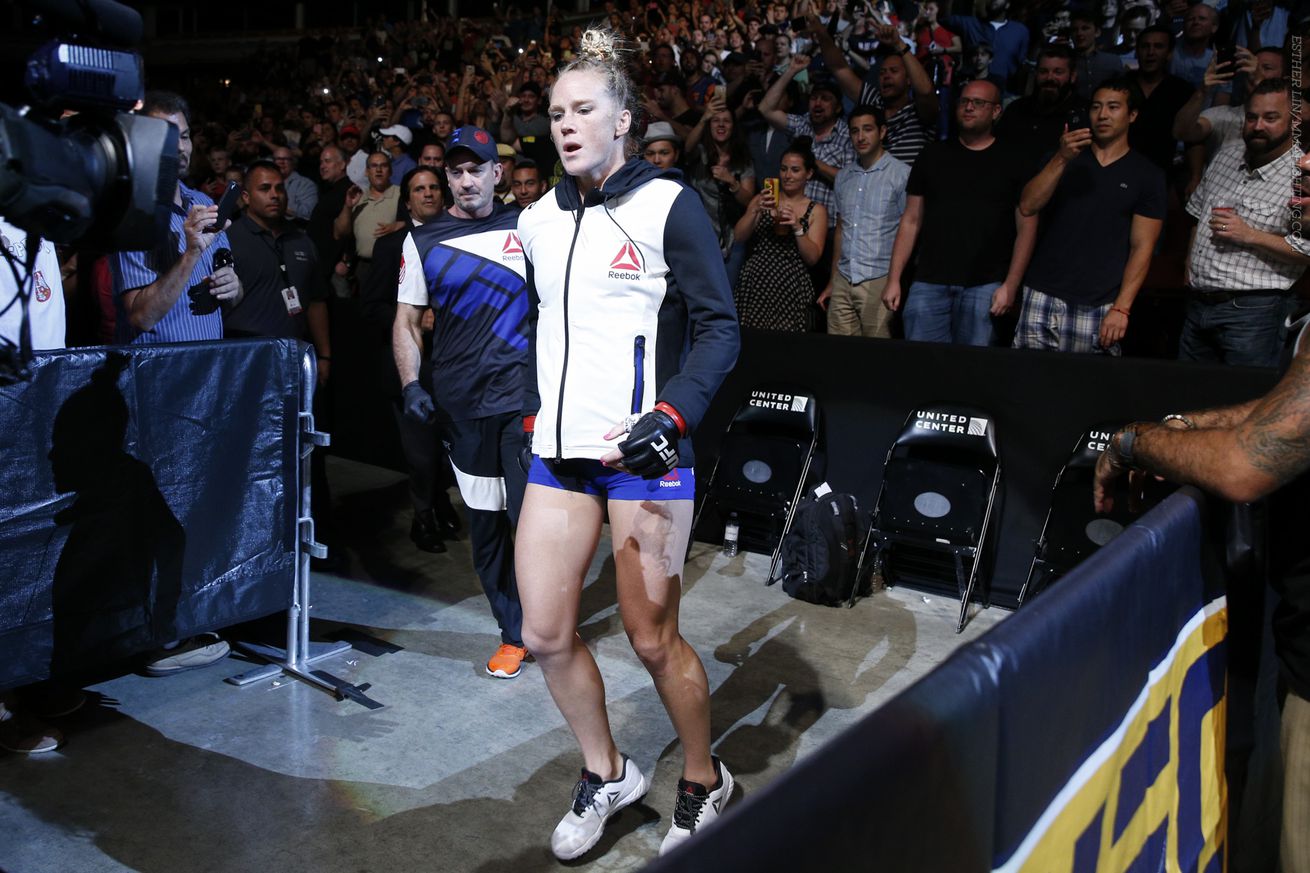 Holly Holm may have lost two fights in a row, but her star power from the Ronda Rousey win in November made her one of the biggest ratings draws in FOX UFC history.

The final three rounds of Holm’s loss to Valentina Shevchenko on Saturday night from the United Center in Chicago drew 4,687,000 viewers, the fifth-best fight since UFC signed on with FOX in 2011. More impressive is that three of the four fights that beat that figure were during football season, when UFC ratings, because of the promotion during NFL games, are traditionally much higher. The only non-football season fight to beat that figure was the April 30, 2013 lightweight title fight where Benson Henderson won a close decision over Gilbert Melendez, which did 4,977,000 viewers during its peak quarter hour.

Overall, the show did a 1.8 rating and 2,975,000 viewers, making it the most-watched UFC event on television since the Jan. 24, 2015, show from Sweden which was headlined by Anthony “Rumble” Johnson beating Alexander Gustafsson. That show did a similar 1.8 rating and 3,049,000 viewers. It was the most-watched UFC fight and event ever held during the summer since UFC went on FOX in late 2011.

The number was even more impressive given the overall lineup and name recognition of the show. While Melendez has been a top fighter for more than a decade and has headlined major events in the past, and Edson Barboza is a lightweight ….View full article