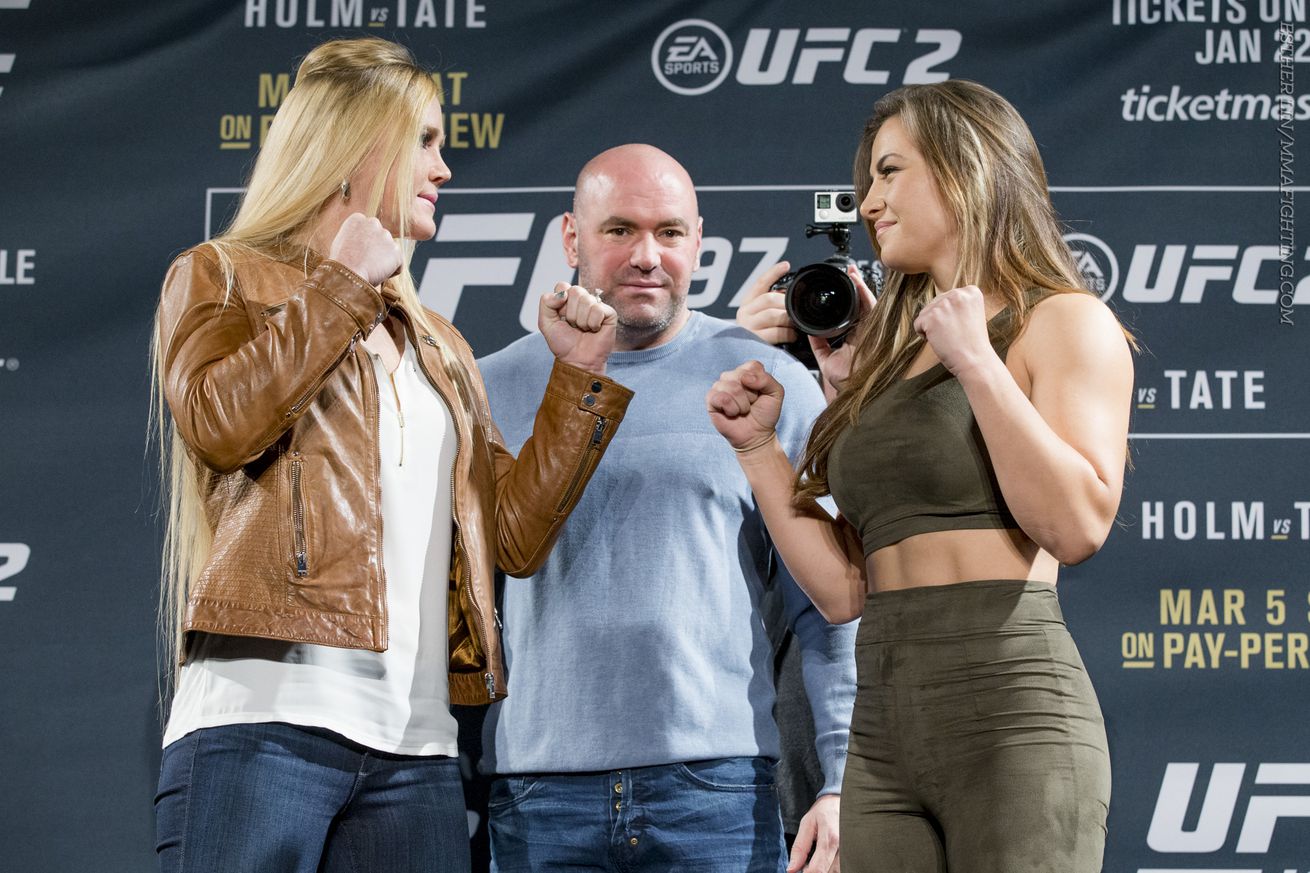 Miesha Tate might not be a harder puncher than Ronda Rousey. She doesn’t have the same submission skills, nor is she a former Olympic bronze medal-winning judoka.

What Tate does excel at, though, is the in between, the transitions. “Cupcake” is also as tough as they come, evidenced by her coming back from a broken orbital bone in the first round to defeat Sara McMann.

“She’s gritty,” UFC women’s bantamweight champion Holly Holm said during an appearance on The MMA Hour. “That makes it hard to make a clean fight. It’s hard to control that type of a fight. Her strength is her grittiness, for sure.”

For those reasons, and many more, Holm refuses to concede that Tate is any less of a challenge than Ronda Rousey was for her in November. Holm will defend her title against Tate in the co-main event of UFC 196 on Saturday in Las Vegas.

Holm (10-0) might be a significant favorite against Tate, compared to when she was a massive underdog against Rousey. But this is a different kind of feeling. “The Preacher’s Daughter” believes she needs to cement herself as champion here. What would it really mean if she beat Rousey, but then dropped the belt in her very next fight?

“Now there’s pressure that I don’t want to be this one-hit wonder,” Holm said. “I want to be able to show another performance. And in a lot of ways, this is a tougher fight for me. A different fight, just tougher in different areas, obviously.”

When Holm fought Rousey, there might not have been outward pressure on her. But it came from inward and there was plenty of it. Holm, a former three-division boxing champion, could not have cared any less that people weren’t giving her a chance to win. She kept ….View full article