Home MMA News Holly Holm reflects on her loss: ‘I just have to believe in myself more’
ShareTweet 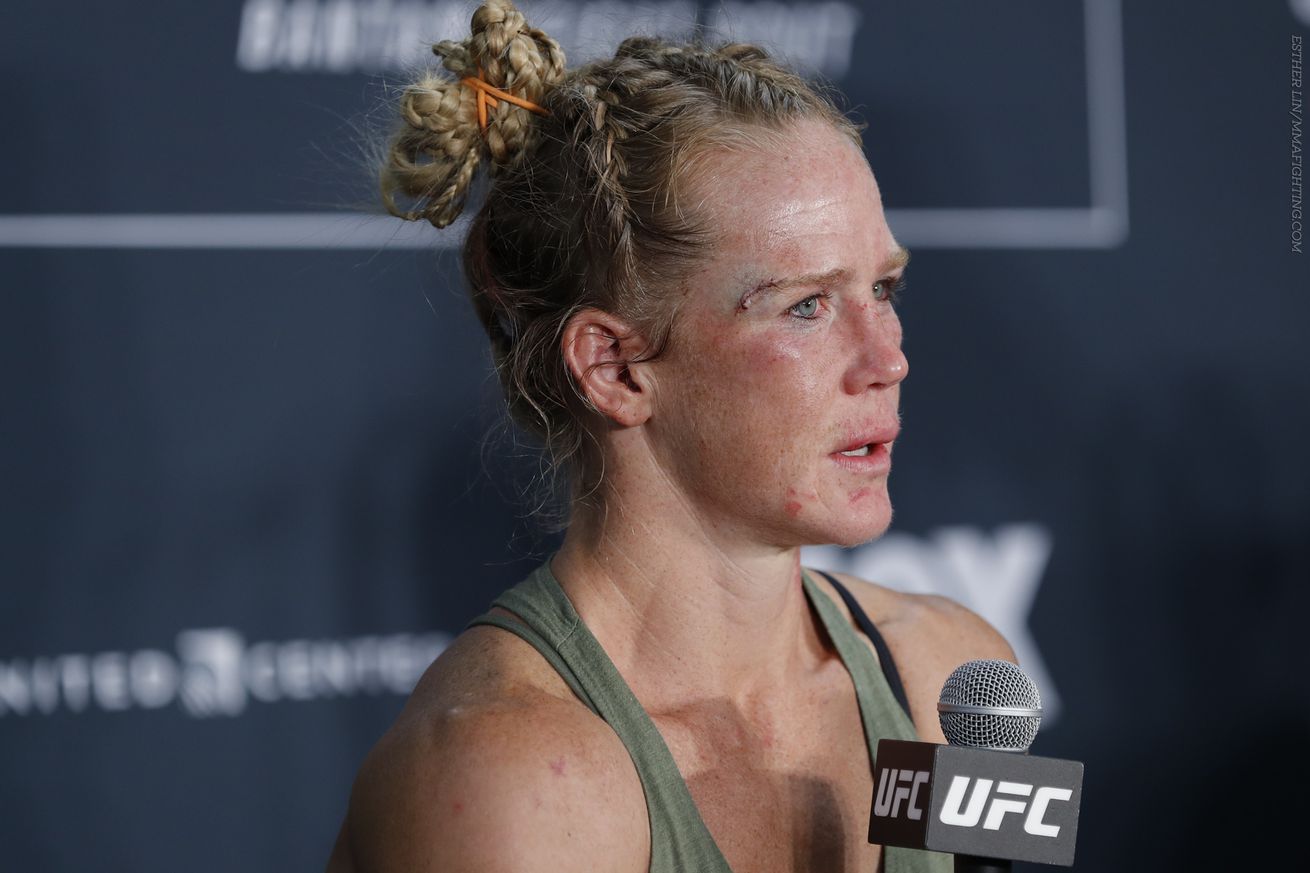 Holly Holm doesn’t have any excuses for her loss to Valentina Shevchenko at UFC on FOX 20 on Saturday night.

Just a vow to get back to the drawing board.

“I have to get back in there and go forward,” the former UFC women’s bantamweight champion said during Saturday night’s post-fight press conference at United Center. I know I’m capable of more. I just have to believe in myself more. I know I can do more than the way I performed tonight.”

Few would have predicted just eight months ago, when Holm knocked out Ronda Rousey at UFC 193, that come next summer, Holm would lose back-to-back fights, particularly to Shevchenko, who didn’t even make her UFC debut until last December.

But then, Holm (10-2), was not just UFC champion, but also a former three-weight class world boxing champion, and she knows how quickly things can change in the combat sports world. So Holm, who lost her title to Miesha Tate via a fifth-round submission at UFC 196, says she’s was never going to take things for granted.

“I’ve never in my career whether it be in boxing or MMA, felt like I was at the top, because I know that somebody else is aspiring to be the best,” Holm said. “Just as when I first came into MMA I thought I want to have titles in both, I have drive behind me. I still do. So I never look at the division and think I made it to the top and I’m just going to stay there. I know there will always be people who are hungry, always people who are getting better.”

Such was the case with Shevchenko, who took 49-46 across the board scores to beat Holm.