Home MMA News Holly Holm: Ronda Rousey ‘put herself’ in the position to be criticized by fans
ShareTweet 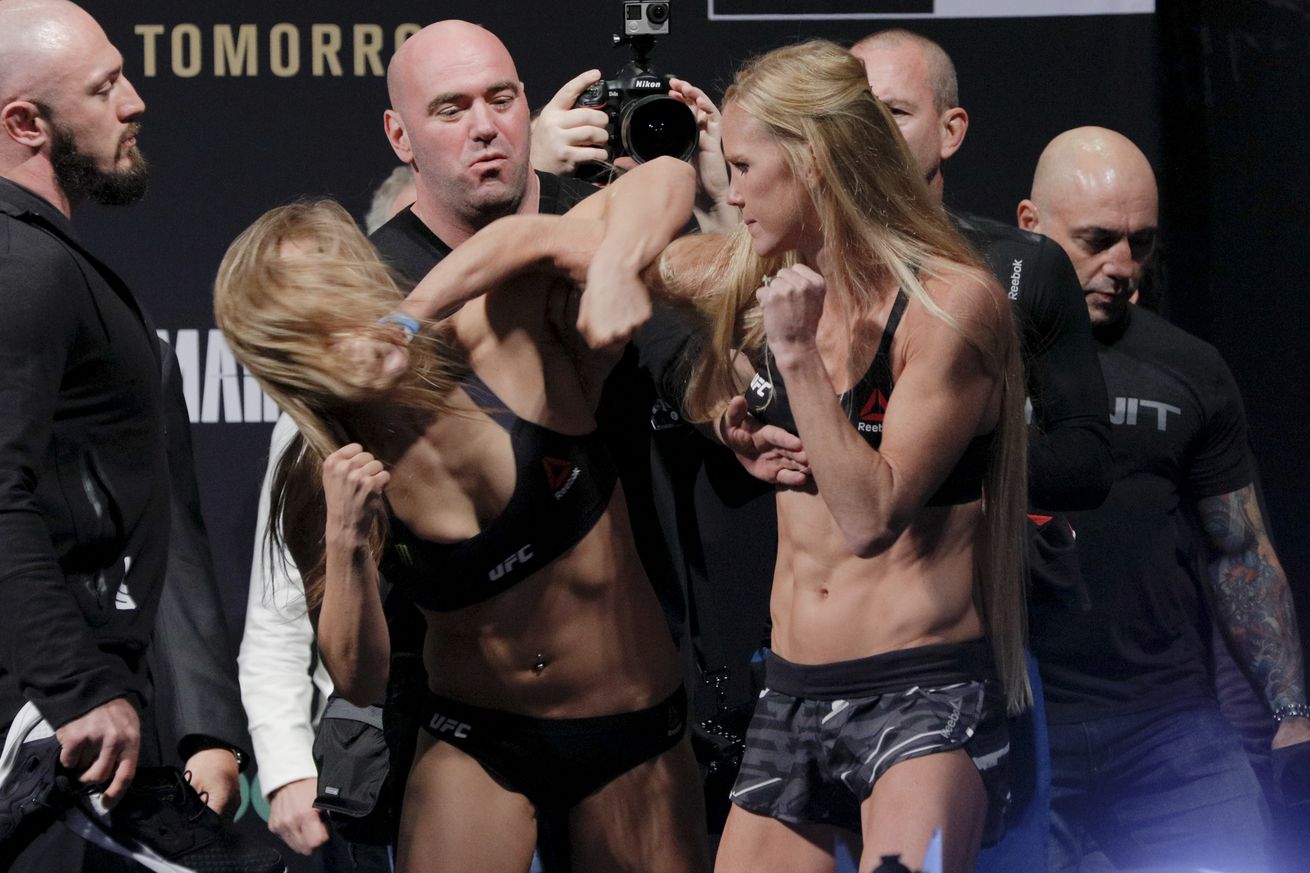 Ronda Rousey has fostered a bad-ass image over the last few years. She does what she wants, says what comes to her head and never makes apologies for it. The in-your-face attitude — and her dominance in the Octagon — made Rousey the biggest star to ever grace the UFC’s Octagon.

It has also helped earned her abuse from fans on social media following her loss, Holly Holm believes.

The new UFC women’s bantamweight champion said she does not agree with much of the venom Rousey has received. But she also understands the origin.

“I don’t think that anybody deserves that,” Holm told Ariel Helwani on Monday’s edition of The MMA Hour. “I do think that she put herself in that position. She’s even said herself that if people don’t like her style, then she doesn’t care. That’s who she is and she doesn’t claim to be anybody else. I don’t have any animosity towards her. A lot of people feel like maybe I should, but I just don’t waste energy with stuff like that.”

Rousey called Holm “fake” after an odd weigh-in fracas before UFC 193. She then posted on Instagram, calling Holm a “fake humility bitch.” Rousey didn’t touch gloves with Holm before the fight. Up until that point, there was zero trash talk and nothing but respect between the two women. But something obviously set Rousey off.

Holm said she doesn’t know what it is, but doesn’t harbor any resentment and thinks the venomous fan reaction has been over the top. Holm knocked Rousey out in the second round of the November fight with a head kick.

“I don’t think that some of the negativity that she’s received — some of it is not necessary,” Holm said. “People get pretty brutal about stuff. But I think she’s tough enough. I think she can ….View full article