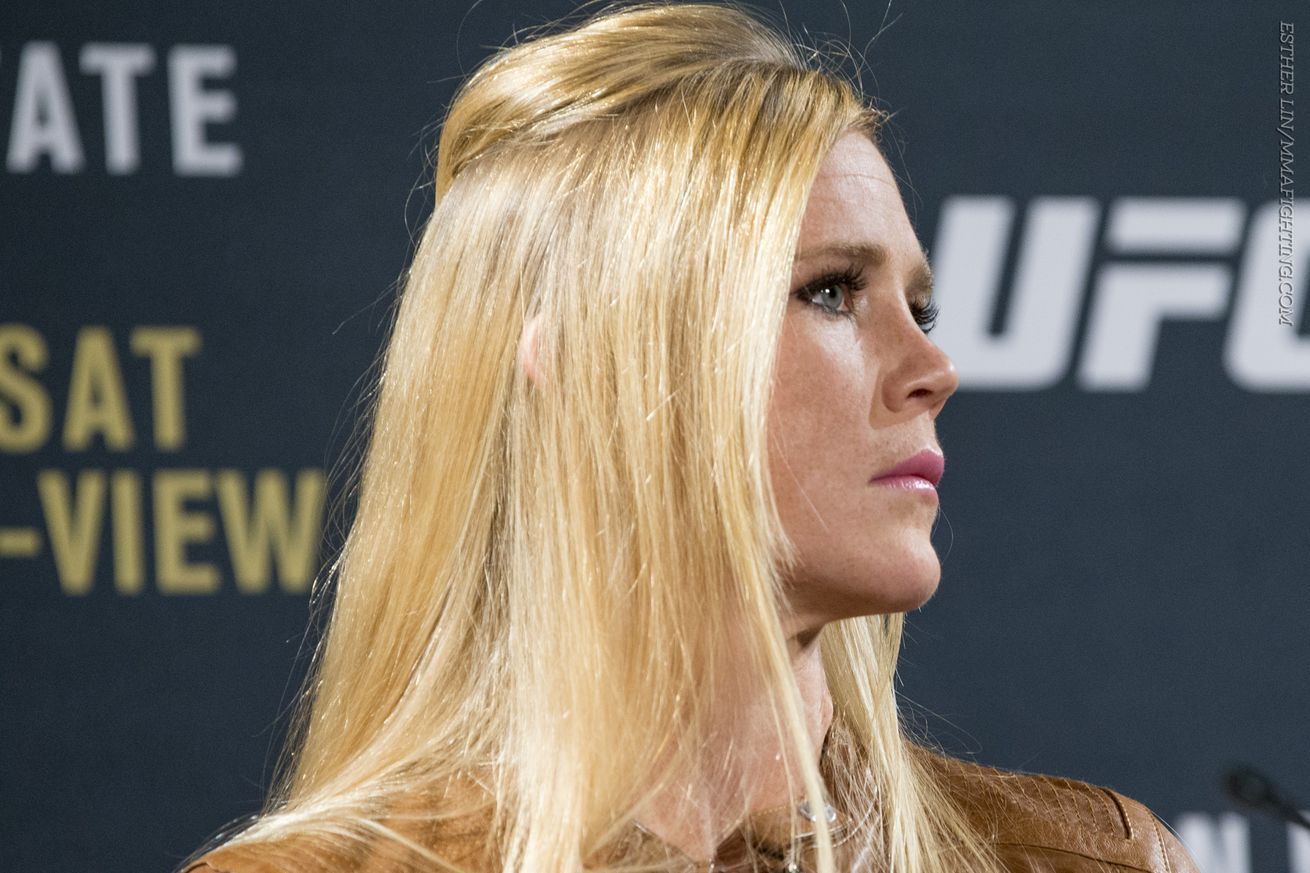 LOS ANGELES — The coaches and fighters down at JacksonWink MMA have had an idea for quite some time that two of their athletes were going to have to fight one day. There have been rumblings of that in the past. And it kind of comes with the territory when you’re one of the best MMA camps on the planet.

Yet this particular one has hit the squad hard. Alistair Overeem and Andrei Arlovski, two very well-liked fighters in Albuquerque, are targeted to face off in the main event of UFC Fight Night 87 on May 8 in the Netherlands.

“The coaches have literally lost sleep over that one,” Holm said at a media lunch Monday here in Downtown LA.

Holm is busy preparing for her first women’s bantamweight title defense against Miesha Tate, which is set for the co-main event of UFC 196 on March 5 in Las Vegas. But she was pretty torn when she heard Arlovski and Overeem would be fighting each other.

Team coach Greg Jackson will be cornering Arlovski for the fight, he told MMA Fighting’s Ariel Helwani, because Arlovski is “a special case.” Arlovski and Overeem will still train at JacksonWink in preparation for the bout, but at different times with different coaches.

“We actually had a team meeting before,” Holm said. “This is not something we have to overlook. It could happen, because we do have the best gym in the world and we’re producing great fighters. We knew that this might happen eventually.”

Holm, in fact, was nearly pitted against longtime friend and training partner Sarah Kaufman last year before the UFC gave her the title fight with Ronda Rousey. Kaufman trains most of the time at ZUMA in her hometown of Victoria, B.C., but has been a member of Team ….View full article