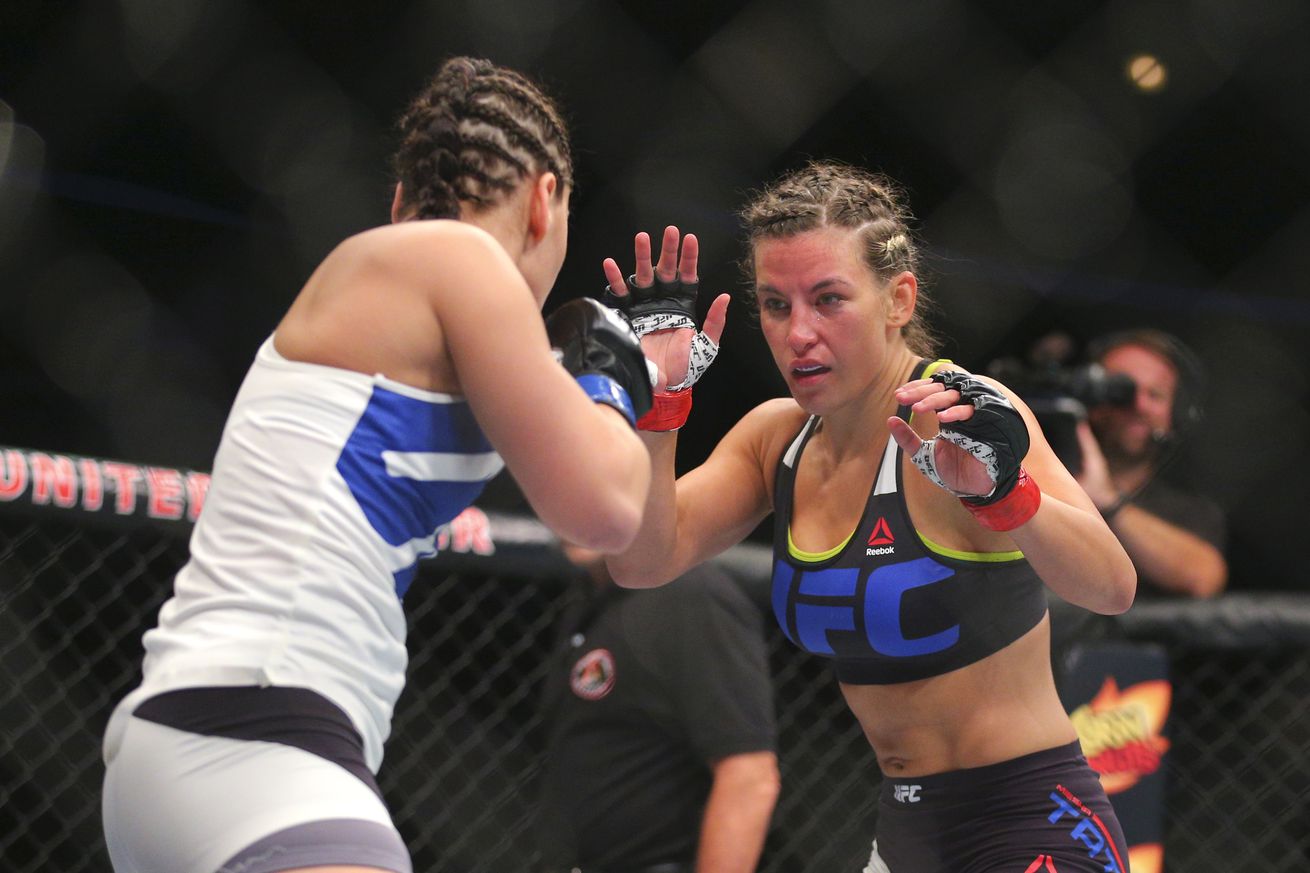 “Preacher’s Daughter” wanted to fight before a proposed title rematch with Ronda Rousey in July, and now she gets her wish at the UFC 197 pay-per-view (PPV) on March 5, 2016.

Both combatants finally get what they wanted.

The announcement comes just a month after UFC President, Dana White, proclaimed “Preacher’s Daughter” wouldn’t take any other fight besides a rematch with former pound-for-pound juggernaut, Ronda Rousey, at the UFC 200 blockbuster event in July.

The wait would’ve been a bit bothersome for both gals, especially seeing as how “Cupcake” was once pondering retirement not that long ago. Fortunately enough, it seems like fight fans will get to witness these pair of elite bantamweights go head-to-head in “Sin City.”

Holm gave her thoughts on a bout with Tate to FOX Sports when she was in Las Vegas for UFC 194 back in December:

“Miesha Tate’s a whole different fight than Ronda. Every fighter’s different. I feel she has a pretty well-rounded game, she’s kind of one of those scrappy fighters from any position.”

The 29-year-old Washington native is currently ranked No. 2 in UFC’s official rankings, in-part due to her four-fight win streak, which includes victories over former title challengers, Sara McMann and Liz Carmouche.

Tate was thought to have secured a third crack at “Rowdy,” following her one-sided dismissal of Jessica Eye back in July, but the powers that be didn’t want that to happen, which led to the former Strikeforce titleholder to question whether she still belonged in mixed martial ….View full article