Home MMA News Holly Holm to Miesha Tate: Give me a rematch, I won’t let you choke me out again
ShareTweet 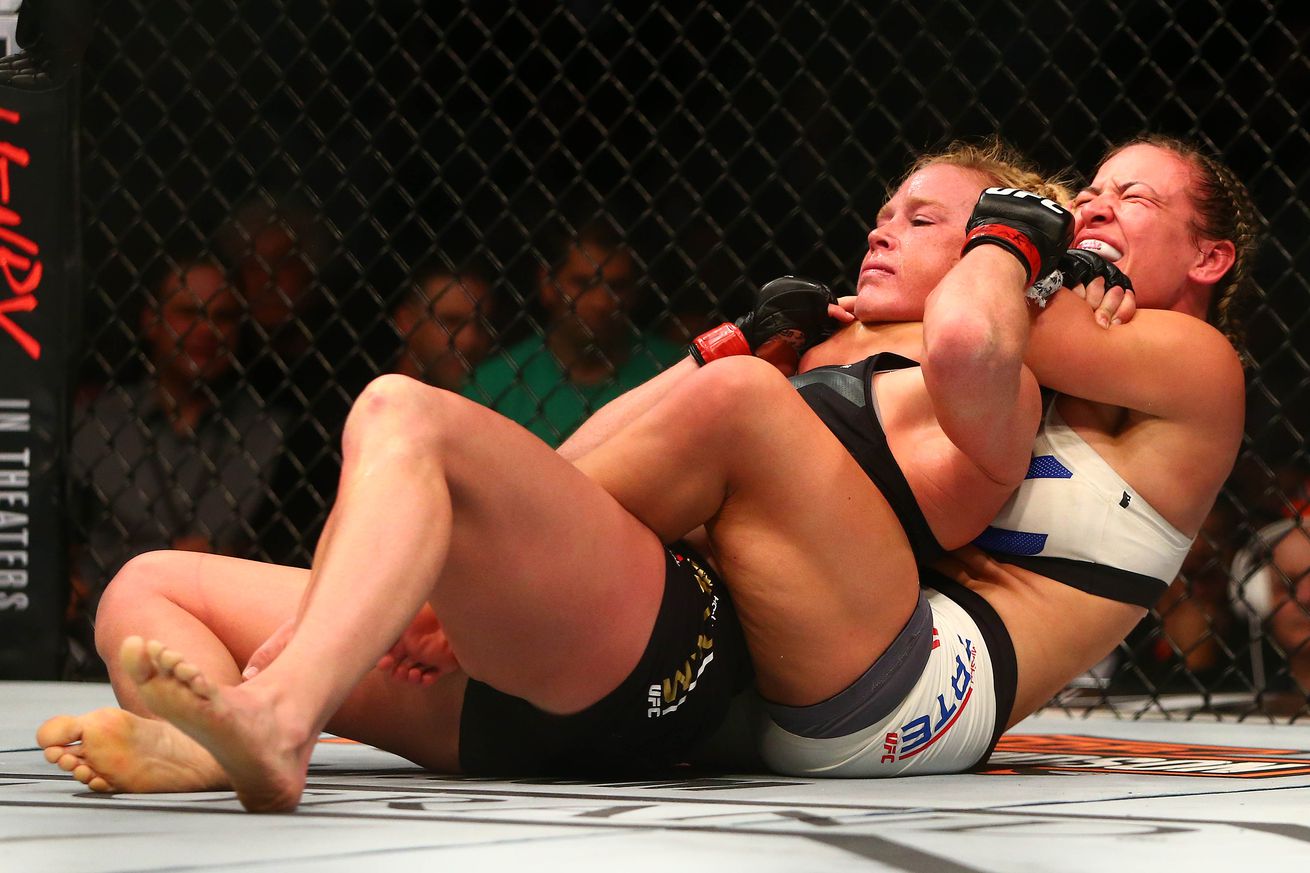 Miesha Tate punched her ticket to a trilogy fight with arch nemesis Ronda Rousey when she choked out Holly Holm to claim the women’s bantamweight strap in the co-main event of UFC 196 last Saturday (March 5, 2016).

“Cupcake” stopped “The Preacher’s Daughter” in the fifth round to lay claim to the 135-pound title and it was soon confirmed by company brass that she would be meeting “Rowdy” next.

Not so fast, says Holm.

From her conversation with JacksonWink Raw (via MMA Fighting):

“I want a rematch. Miesha’s been around a long time. She’s a tough champion so I’m sure she’ll want to take the fight so let’s do it. I gave you a shot, give me a shot. I’m not going to let you choke me out again.”

Tate has yet to comment on who she thinks her next opponent will be, but others have began lobbying for a rematch along with Holm.

Rousey’s return to the Octagon is not set in stone at the moment and it could very well be a while before that’s a realistic possibility because of her Hollywood endeavors. She was not around to witness Tate’s miraculous comeback as it transpired, but it may have lit a fire underneath the ex-champion.

The only question now is, will UFC president Dana White gamble on another highly profitable encounter between Holm and Rousey by having the Jackson-Wink MMA representative run it back with Tate?

The answer would appear to be no, but it’s not as if he had any problem with how the co-main event between Holm and Tate unfolded.

Someone get me the odds on Rousey fighting at UFC 200 pronto.

For more on the fallout from UFC ….View full article