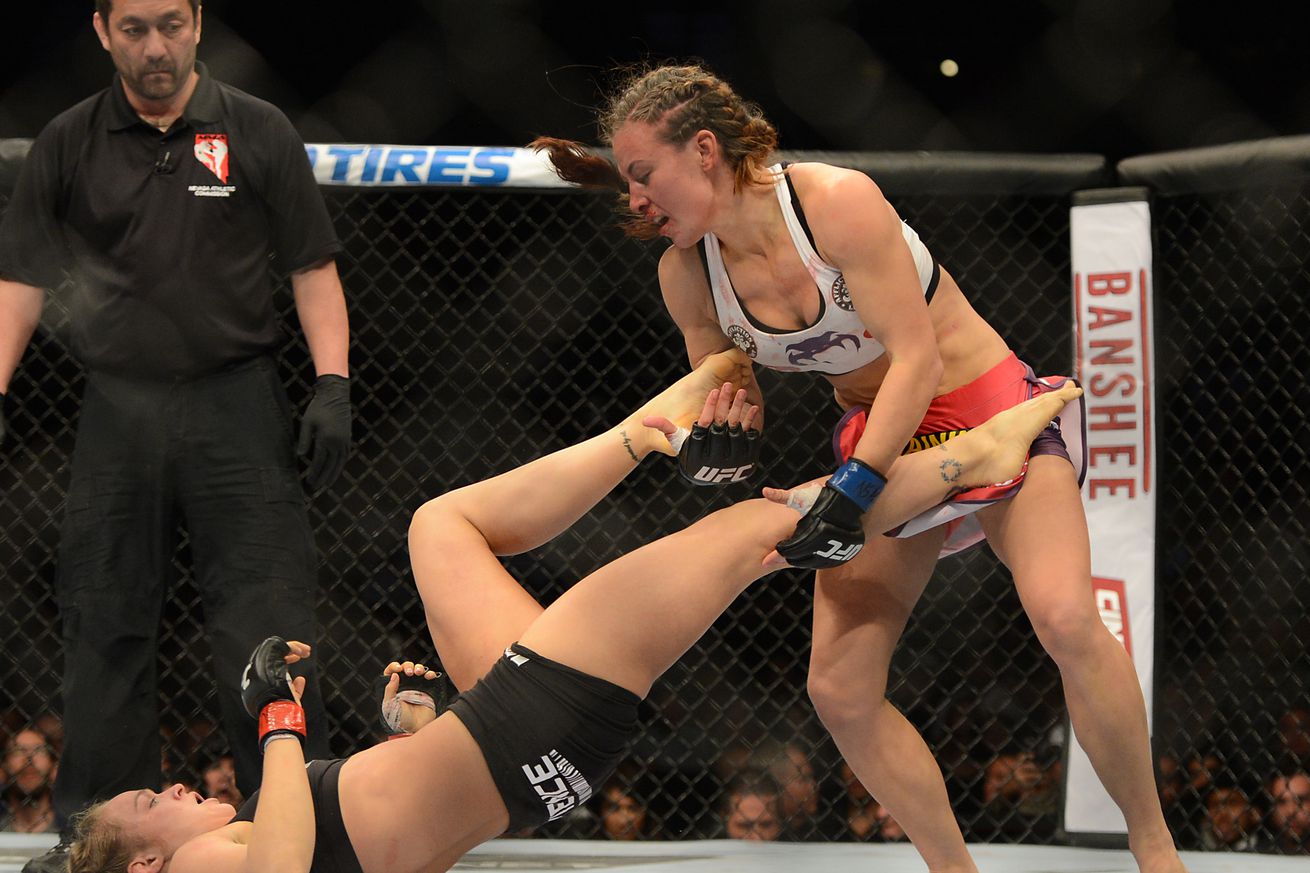 Holly Holm’s camp asked for No. 2-ranked UFC women’s bantamweight contender Miesha Tate for the former’s first title defense after they used the perfect gameplan to oust Ronda Rousey from the top spot back at UFC 193 last November.

“Preacher’s Daughter” will collide with “Cupcake” at the UFC 197 pay-per-view (PPV) in March, and the champ’s coach at Jackson-Wink MMA, Mike Winkeljohn, told Submission Radio that the latter presents a whole new set of challenges.

Tate, 29, proved she’s quite the grappler in a second tilt opposite “Rowdy” in Dec. 2013. The Washington native fell via armbar yet again at UFC 168, but has since rocketed up the 135-pound ladder to challenge Holm for the bantamweight strap.

Tate swears she won’t melt under the pressure like Rousey did in Australia and Holm certainly recognizes that, yet oddsmakers can’t seem to agree.

The pride of Albuquerque knows a thing or two about being counted out, and isn’t taking this tussle lightly. Can Tate play spoiler in this love triangle, while Rousey heals up?

We’ll find out in less than two months.