Home MMA News How much is Nate Diaz going to make at UFC 202? ‘Less than I deserve’
ShareTweet 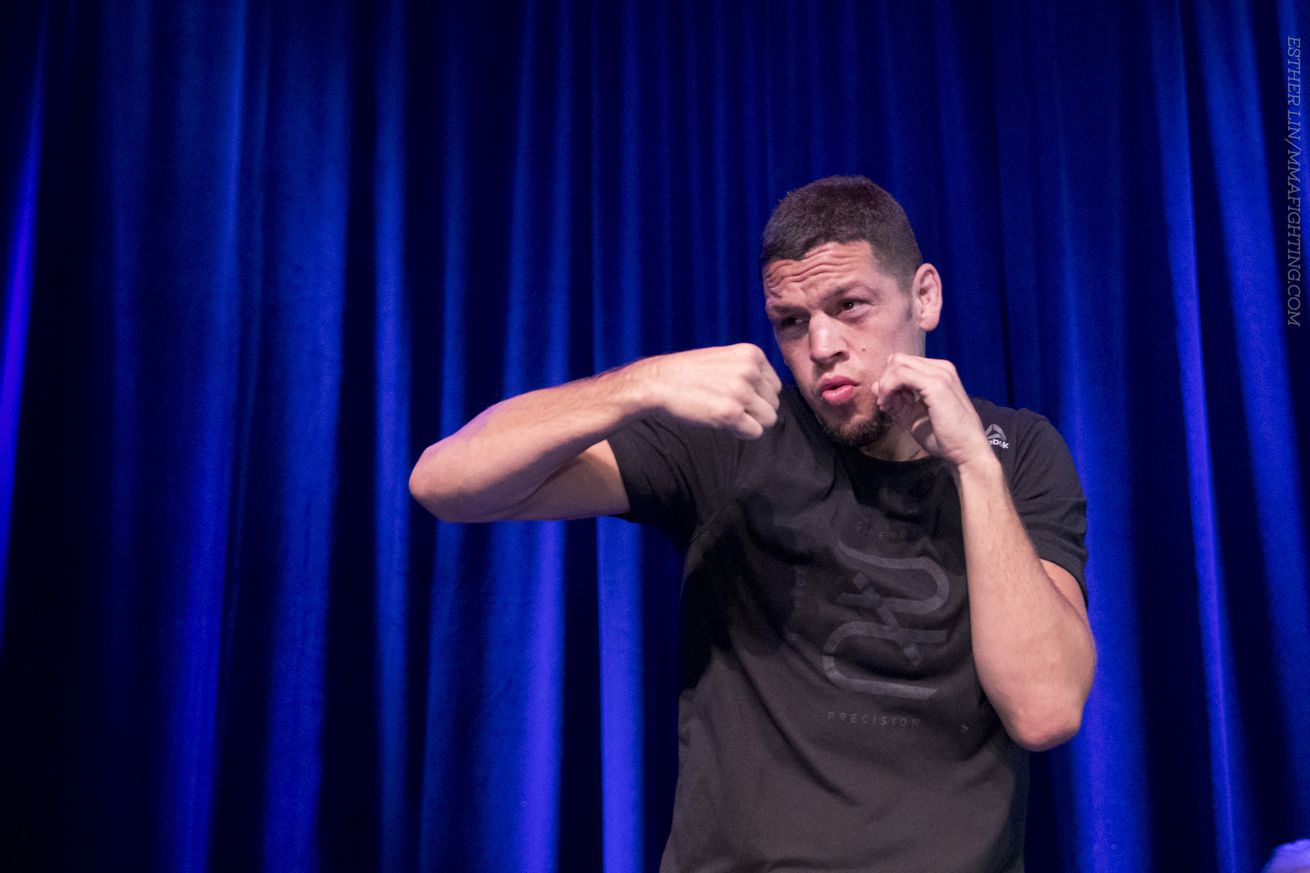 LAS VEGAS — Anyone hoping for an apology from Nate Diaz should probably look elsewhere.

A day after Diaz and his team walked out of the UFC 202 press conference and ignited a wild scene inside the Copperfield Theater, Diaz defended his actions as retaliation for the attitude shown by the late-arriving Conor McGregor and the rest of the SBG Ireland team.

“I’m here as a businessman, doing what I’ve got to do,” Diaz said at Thursday’s UFC 202 open workouts. “We’re all in the business. I want to behave myself and come out here and act right, but I’ve got to keep it real too. But not even keep it real — like, stay true to myself and what I believe in.

“And I believe that if a mother*cker comes in with his team like they’re the head honcho sh*t, I’m going to let you know that we’ve got a whole gang ready to ride. You what I’m saying? So it’s all good. So they came in like they were hot sh*t, but we’ve got a whole army in here, so it ain’t nothing I ain’t seen before. It’s all good.”

Diaz and McGregor are slated to meet in a non-title welterweight rematch on Aug. 20 at UFC 202. While the much of the lead-up to the fight has been civil, that feeling has shifted over the past few days, as tensions bubbled over Wednesday when a bottle-throwing skirmish broke out at the UFC 202 press conference. Both Diaz and McGregor are potentially facing discipline from the Nevada Athletic Commission (NAC) for the incident.

Should that happen, it would not be the first time the NAC has dealt with the Diaz Brothers. The commission infamously issued Nate’s brother, Nick Diaz, a five-year suspension for a questionable positive marijuana test in ….View full article