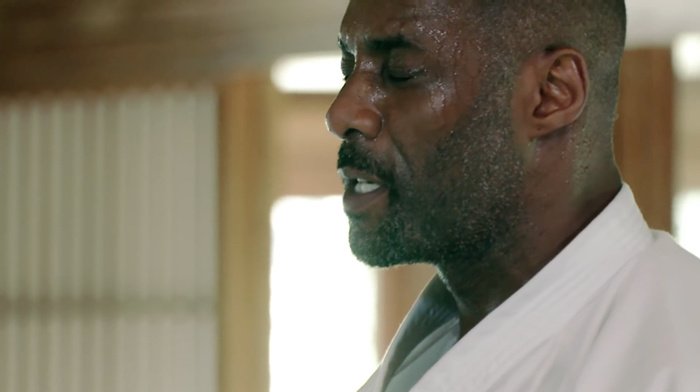 “Ever since I was a kid, I can remember trying to never show fear. Not letting people know that I was scared,” Idris Elba confesses in the first seconds of the premiere episode of his three-part Discovery U.K. documentary series, Idris Elba: Fighter. “I guess it was part of being a man, part of me. Facing up to another man? Well, that’s the ultimate test. Are you going to back down, or are you going to face the fear? Honestly, I don’t know.”

It’s a pitch-perfect introduction to the hour of television that follows. Yes, there’s a taste of the masculine bravado that you’d expect from a mainstream show that follows someone through intense fight training, especially one that drops an unskilled movie star into a year-long quest for a professional fight. But the way that masculine fascinating with the fight is framed is entirely unexpected and refreshing. Elba isn’t pondering whether he can win a fight. He’s asking himself if he can fight at all.

His question isn’t a simple issue of self-confidence. The Elba that we see in Fighter is clearly aware of his talent and charm. And it takes a certain amount of self-assurance to allow yourself to be as unguarded and vulnerable as he appears over the course of the episode. 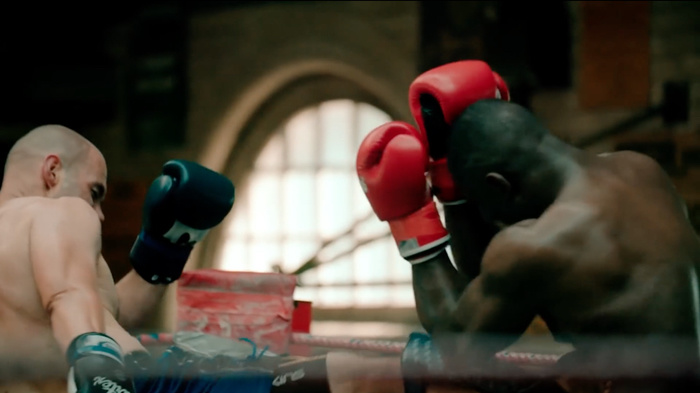 Elba’s understanding of violence is more existential. When he goes on to recount a racially-charged playground scrap from his youth and a brief flirtation with kickboxing training in his 20s, his recollections are ripe with fascinating details about the physical and psychological ramifications of fighting. Whatever’s motivating him to want to, at the age of 43, step into the ring against a professional fighter, it’s not thrill-seeking or glory.

“Everyone thinks they’re hard,” he continues. “But when push comes to shove, what are you going to do? How would you react? Do you have the body strength or the mental ability to protect yourself? Fight or flight?”

The way the first episode of Fighter starts to explore that query is equally thoughtful and realistic. His desire to fight is never romanticized or over-hyped. Indeed, everyone around him is painfully frank about both his potential and the absurdity of the goal. His mother is equally horrified and baffled. Warren Brown, his friend, former Luther co-star, and former champion kickboxer, thinks it’s a terrible idea and doesn’t hesitate to detail the significant obstacles standing in his way. Coach Kieran Keddle first approaches the project with a reluctance that makes every prickly martial arts master who’s ever been approached by a plucky upstart in every martial arts movie ever look welcoming by comparison. K-1 legend Masato peppers his advice with smirking references to the need to protect Elba’s movie star face.

And while his ability to win over most of those voices has a predictable narrative arc to it, the way in which he convinces them to support his quest really isn’t. At no point during his journey through his very first sparring session, serious injury, and kickboxing, karate, and meditation training in Japan is anyone wowed by his natural abilities. In some cases, they might not even particularly sold on his developing skill in some cases. The thing that consistently impresses his instructors and allies is his work ethic.

Idris Elba: Fighter was met with a certain amount of suspicion, particularly from the martial arts community, when Discovery U.K. first announced the series last summer. And the concerns were hardly without merit given that, on paper, “Idris Elba attempts to become a professional fighter in a year” really does sound like the spoiled whims of a star with more money and opportunities than sense. But the premiere should put most of those concerns to rest. This isn’t a show about a middle-aged playboy getting to live out his fantasies of becoming Van Damme in Bloodsport; it’s a program that asks what it really means to be a fighter, and searches for the answer in the often brutal process of earning the right to call yourself one.