Home MMA News If Dan Hardy returns to UFC competition, it would likely be at lightweight
ShareTweet 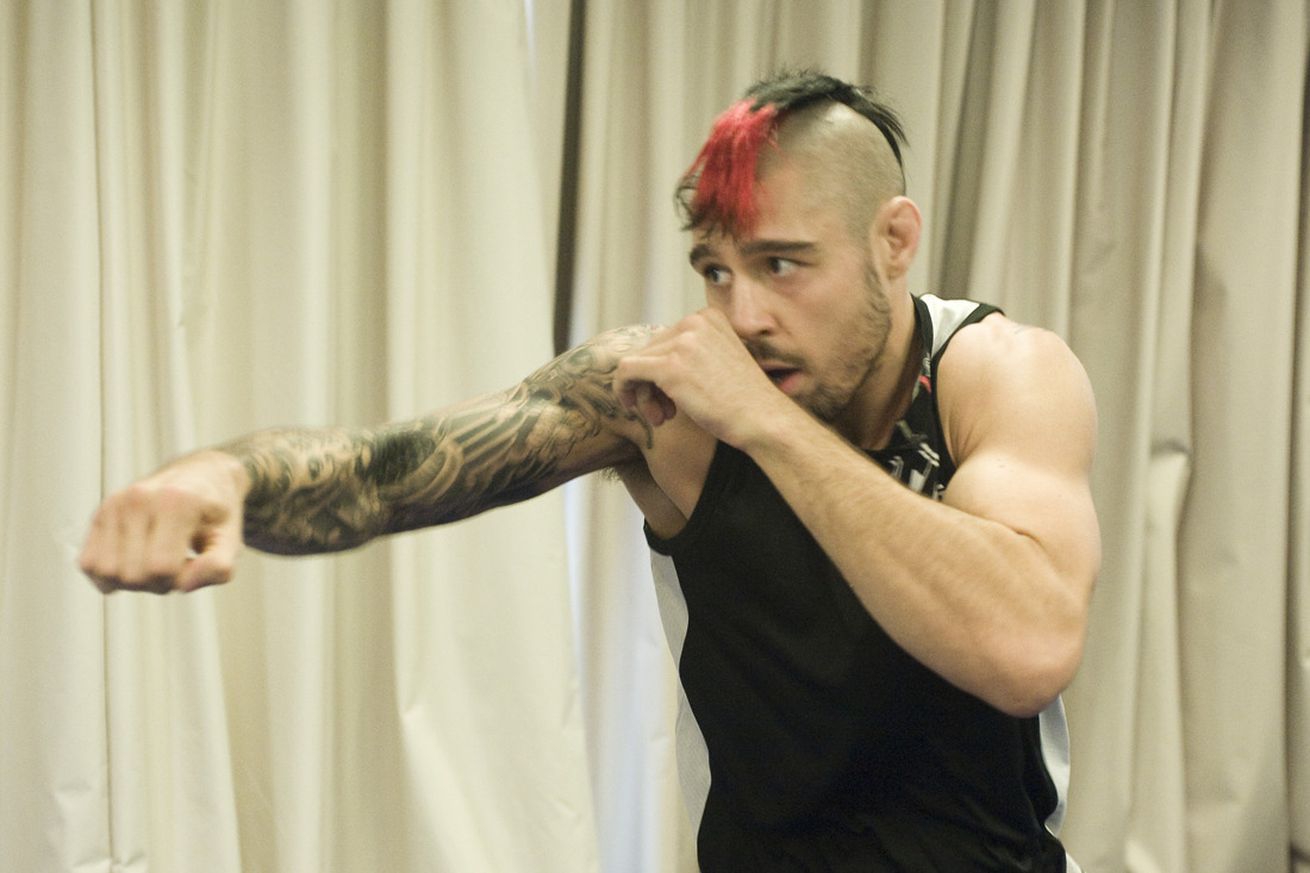 In the four years since we last saw Dan Hardy fight, he’s carved out a niche as one of mixed martial arts’ most incisive commentators.

But like any pro athlete worth his salt who had his career cut short by circumstances out of his control, Hardy believes he has one more go-round left in him.

And while Hardy, who was forced out of action due to a heart condition, has long been rumored to be making a return, his plans are starting to become more focused.

On Wednesday’s edition of the FS1 show UFC Tonight, Hardy said that if he was going to return, it would be at 155 pounds, and not his former weight class of 170.

“I’ve never done a test cut but I fought twice at 160,” Hardy said. “I certainly felt comfortable, it’s a better weight class for me, because there’s a lot of monsters at welterweight right now. And I think that given the fact I don’t do well with the additional weight that I put on since I was fighting at welterweight, I was always so quicker earlier in my career, so agile. … If I was to come back, ’55 would not only be a better weight for my size, but better for my performance as well.”

The 34-year-old Hardy ended his career on a two-fight win streak, with a victory over Amir Sadollah in Hardy’s hometown of Nottingham, England the capper. But Hardy said if he’s going to return, he’s not looking to climb the rankings once again. Rather, in this era of the superfight, Hardy says he wants to test himself with fun fights.

“My main focus is not rankings or belts or things like that. My main focus is a marquee fight where I can step in and be challenged by someone I respect ….View full article