Home MMA News If it happens, Jon Jones vs. Brock Lesnar is unlikely until next summer
ShareTweet 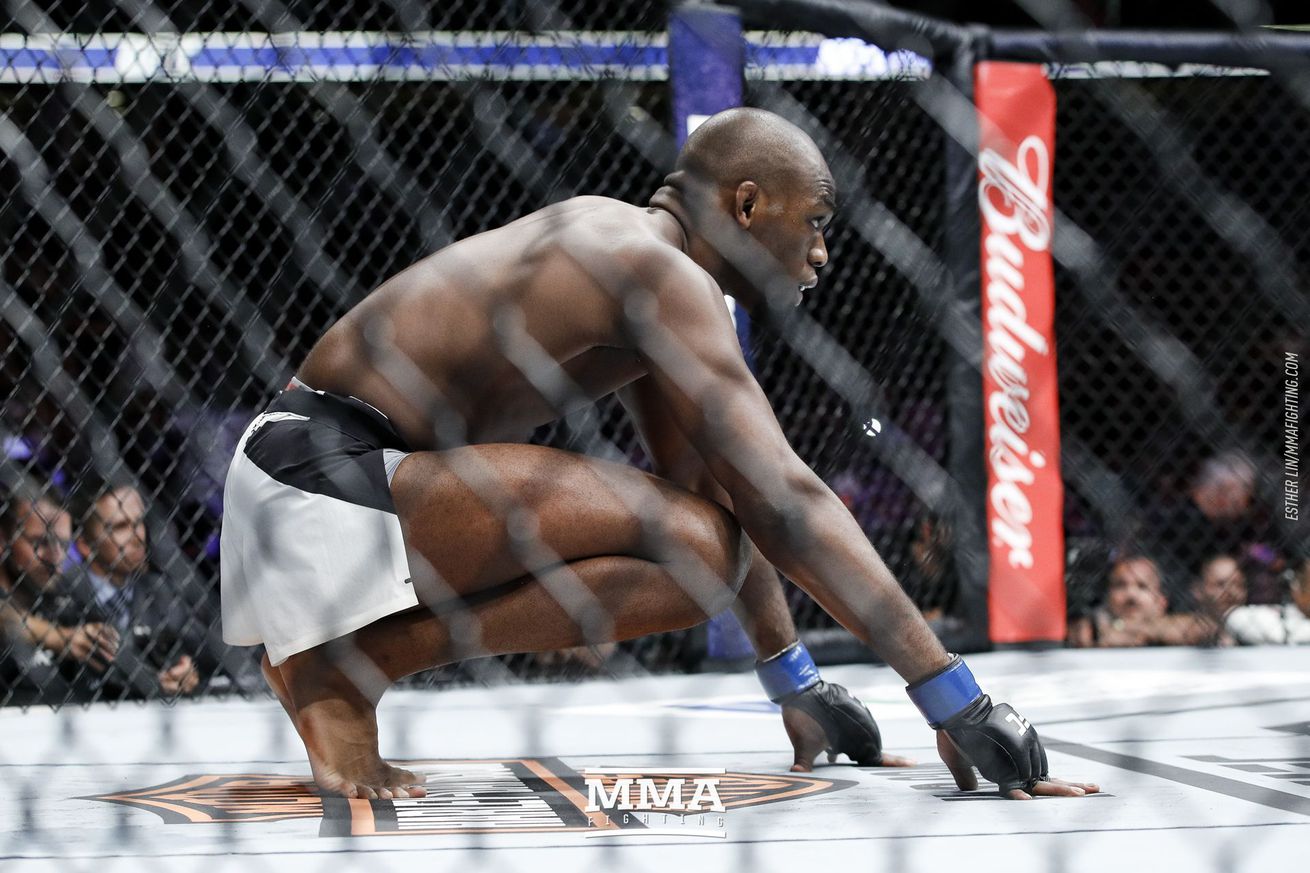 Due to contracts, suspensions and the timing of WWE’s biggest events, any Brock Lesnar vs. Jon Jones fight probably couldn’t happen until next summer.

A Jon Jones vs. Brock Lesnar superfight would undoubtedly be one of the biggest money fights in UFC history.

Jones solidified himself as UFC’s second biggest box office drawing champion with his light heavyweight title win over Daniel Cormier at UFC 214 on Saturday night. A fight between Jones and Lesnar was first rumored 2-1/2 weeks ago when stories of Lesnar being interested in returning to UFC started flying.

Lesnar and Jones have kept the rumor fires on with mentions of each other, including Jones saying he wants the fight after his win over Cormier, both in the cage and at the post-fight press conference, while at the same time downplaying any talk about fighters like Alexander Gustafsson or Volkan Oezdemir, who would be the top contenders in his weight division.

But such a fight is unlikely to happen for close to one year.

Lesnar’s contract with World Wrestling Entertainment expires in April, although there is an option clause on both sides regarding a renewal. Vince McMahon gave him the OK to fight Mark Hunt last year at UFC 200, which Lesnar originally won and was then suspended for one year after failing two drug tests for the prohibited substance Hydroxy-Clomiphene. The victory was overturned to a no contest.

With that suspension in place, and then Lesnar retiring in the middle of the suspension, essentially putting the suspension on hold because he was out of the USADA testing pool, he would need more than six months of clean drug testing before he could fight once he re-enters the pool, which he has not yet, per the UFC.

Even though there has been a lot of talk, and clearly both sides are angling for the attention, if not the fight, Lesnar has not agreed to terms, according to sources close to the situation, but he is said to be very much interested.

If Lesnar re-enters the USADA pool immediately, it would be virtually impossible for such a fight to happen right after the six-plus months of his suspension are complete, in January or February 2018. WWE’s two biggest events of the year are the Royal Rumble, on Jan. 28 in Philadelphia, and WrestleMania, on April 8 in New Orleans.

Lesnar would almost certainly be in a headline position on both shows. The original WWE plans, which may have since been changed, listed Lesnar vs. Roman Reigns as the main event in New Orleans at the Mercedes Benz Superdome.

Lesnar would not only be doing that show, but he would be on WWE television regularly in January and March as part of the buildup to those events.

Given that Lesnar would need at least two months uninterrupted of a full-time camp to get ready for such a fight, mid-June would figure to be the earliest date likely. By that point, he also wouldn’t need the approval of Vince McMahon to do the fight.

This could be a way for Lesnar to up his value for a new WWE deal. Lesnar was heavily rumored to be signing with UFC in 2015, after his previous WWE contract expired, only to instead sign with WWE and announce he would never fight again.

Lesnar, 40, has a limited window left for UFC paydays, and a Jones fight would be the biggest one possible at this time. For the same reasons that Conor McGregor vs. Floyd Mayweather happened, this fight would make economic sense for both men, and be the biggest fight from a general public spotlight that either would have ever done.