Home MMA News In the space of a year, Holly Holm has been through just about everything
ShareTweet 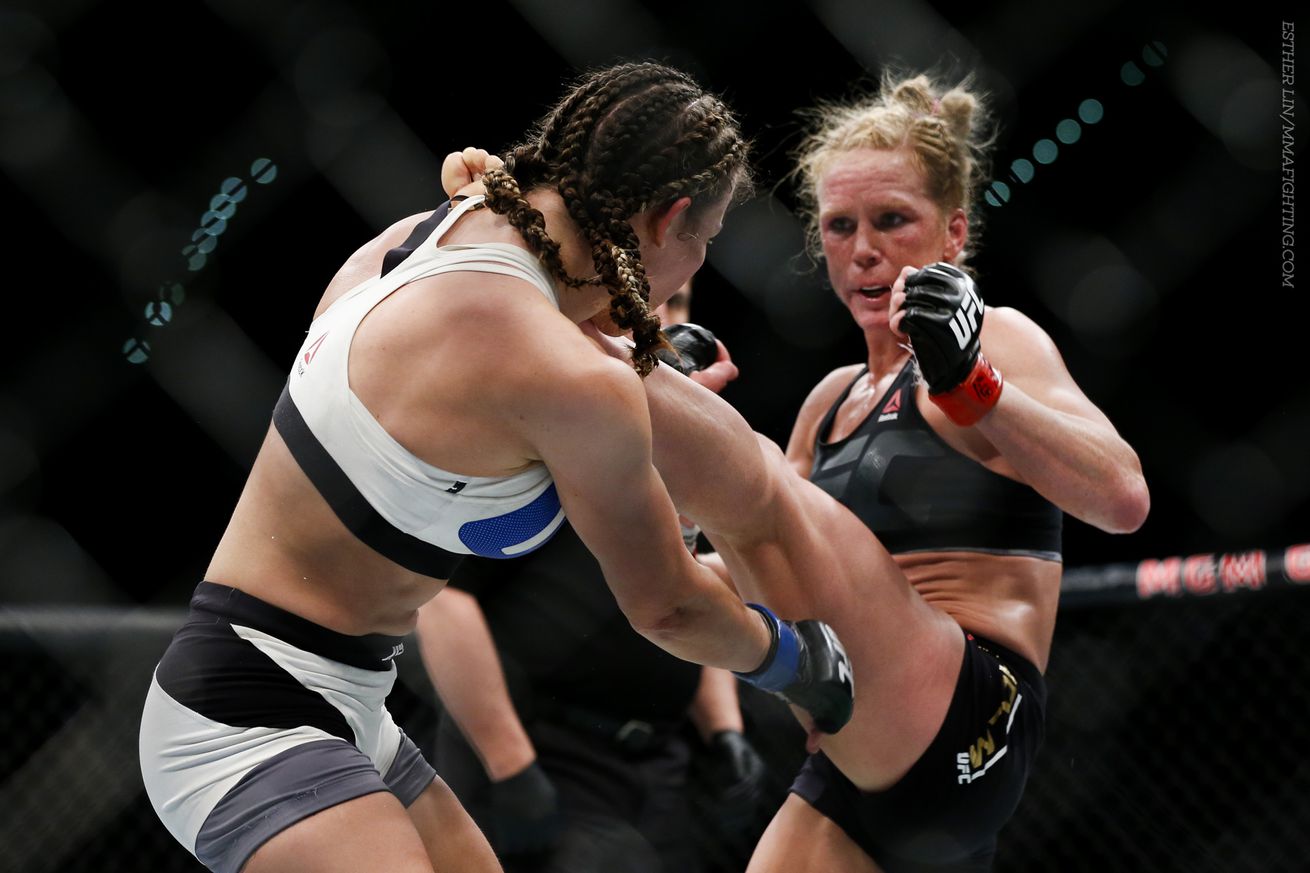 Other than Nate Diaz and maybe Jon Snow, you’d be hard pressed to find a set of fortunes that have changed so drastically over the last year than Holly Holm’s. In that time, she’s been fighting one name or another that doesn’t make complete sense for her, which continues Saturday night in Chicago against Valentina Shevchenko.

Just take a look at the calendar year Holm had.

Last July, Holm won just her second fight in the UFC against Marion Reneau, a skillful if unimaginative decision where the biggest takeaway seemed to be that she was a little gun-shy. Though she was asked about it a lot, at that time Holm was still considered too green to face the mighty Ronda Rousey, and with her ranking somewhere in the lower half of the top ten, she was a benign threat to do much of anything. Yet, when the UFC thought better of giving Miesha Tate a third shot at Rousey, Holm’s number was called. Rousey, the UFC’s star angel, used the nauseous Good Morning America platform to make the announcement that she’d face Holm next. And Rousey had to sell it a bit, talking up the incredible danger that comes with facing a world champion boxer of such renown.

The small outcry seemed to be that Holm’s prospects were being dished up as an appetizer to Rousey, the juggernaut who needed feeding. Strategic on the UFC’s part, maybe, to give Rousey Holm sooner rather than later. Just to make things more tidy heading into UFC 193, Rousey — fatigued by the demands of fame — had a nice eight-month plan. She’d beat Holm, go film some movies or whatever, then return for UFC 200 to continue laying waste to the ladies in her field. ….View full article