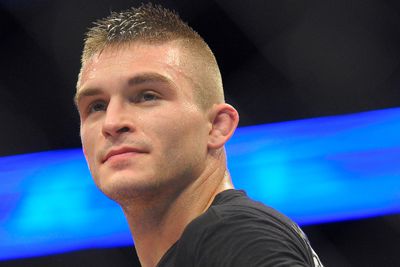 The Ultimate Fighting Championship (UFC) lightweight division is among the most competitive in the leading mixed martial arts (MMA) promotion.

Between combatants like champion Rafael dos Anjos and No. 1 contender Donald Cerrone, as well as top-15 prospects Al Iaquinta and Bobby Green, the 155-pound class hasn’t been this exciting since B.J. Penn roamed the landscape.

Rising star Johnny Case (21-4) would very much like to have his chance to shine, and if he can pull off a fourth straight victory in ZUFFA, then “Hollywood” may very well find himself with a spot in UFC’s lightweight rankings.

The 26-year-old recently moved to Power MMA & Fitness in Gilbert, Ariz. from San Diego, Cali. and is expecting to bull through his opponent, Nova Uniao submission ace Yan Cabral (12-1), on the UFC Fight Night 77 “Prelims” inside Ginasio do Ibirapuera in Sao Paulo, Brazil this weekend (Sat., Nov. 7, 2015).

Case spoke with MMAmania.com two weeks out from his fight with the ….View original article