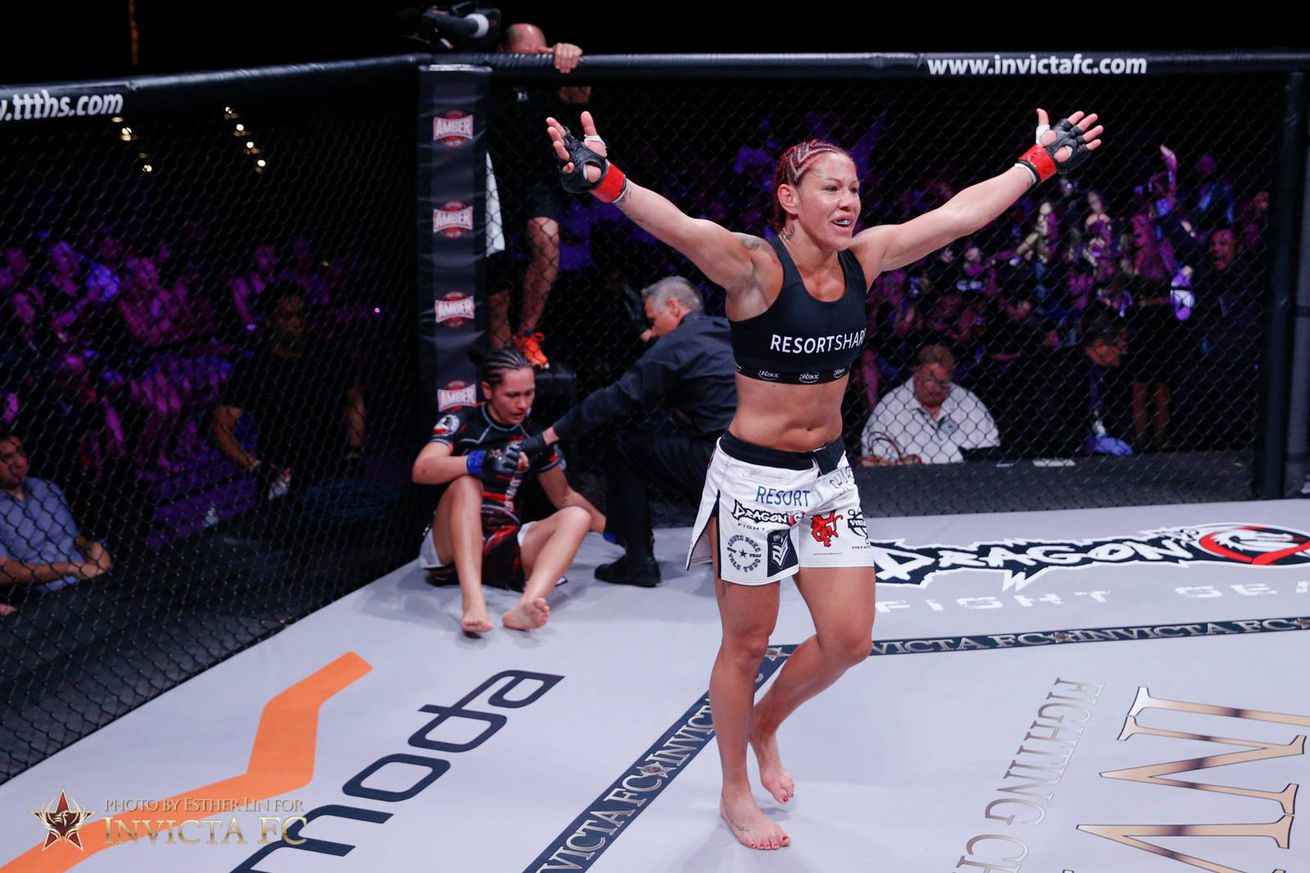 COSTA MESA, Calif. — For the first time in a long time, Cris Cyborg’s opponent almost made it out of the first round.

Daria Ibragimova did a decent job of pushing Cyborg against the cage and going for takedowns. But when the 10-second clack sounded, Cyborg went for broke. She crushed Ibragimova with a hard right hand and then pounced for a knockout finish at 4:58 of the first Saturday night in the main event of Invicta FC 15 at The Hangar at the Orange County Fair.

With the victory, Cyborg defended her Invicta women’s featherweight title in front of a sold-out crowd of 1,504 in her adopted home of Orange County.

Ibragimova did keep Cyborg against the cage for long periods of time, but Cyborg was doing all the damage. The dominant champion, who earned her eighth first-round finish, landed vicious elbows and punches. Ibragimova’s eye was swollen shut even before the finishing sequence.

Cyborg (15-1, 1 NC) still has not lost since 2005. She hasn’t even been to decision since 2008. The Brazilian has held the Invicta belt since 2013. This was her third title defense. There are precious few contenders for her in Invicta. Cyborg said this week that she’d be interested in a 140-pound catchweight bout with Holly Holm, but has ruled out going down to 135 for the UFC.

Ibragimova (9-2) was making her Invicta debut. The Russian had won seven in a row coming in.

In the co-main event, Livia Renata Souza proved herself so much more than just a grappler. The Invicta strawweight champion crushed DeAnna Bennett with a body kick in the opening two minutes and pounced with ground and pound. The TKO finish came at 1:30 of the first round.